20 Best 90s Karaoke Songs to Set the Night on Fire 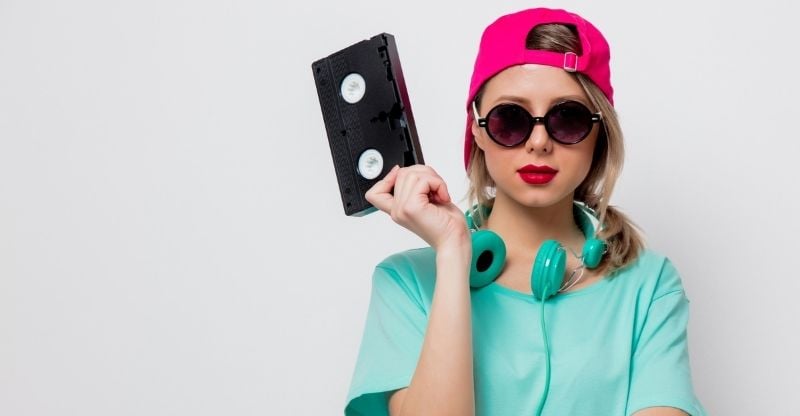 But fear not, it didn’t let us down. This pre-Millenium decade produced some absolute stonewall classics that are perfect for a karaoke party. So, here are the best ’90s karaoke songs to unleash on your audience next time you’re handed the mic.

Madonna brought the dance trend known as “voguing” into the mainstream consciousness after releasing this track, which is really just about the dance itself and was inspired by its enthusiasts. The song has also been said to be about enjoying oneself through escapism. It was one of Madonna’s most critically acclaimed tracks and reached Number One on charts in over 30 countries. It’s remained in the pop culture world through various covers over the years.

Breakfast at Tiffany’s – Deep Blue Something

This song was inspired by Audrey Hepburn, but not in the role you might be thinking of. Deep Blue Something’s lead singer, Todd Pipes, was actually watching Hepburn in Roman Holiday when he decide to write the song, but thought that Breakfast at Tiffany’s made for a better song title. Lyrically, the track describes a failing relationship where one partner is trying to find even a small commonality between the two to keep them holding on.

It has been said that this track is about Noel Gallagher’s then-girlfriend, Meg Mathews, who was a bit down on her luck at the time that the song was written. Its lyrics encourage the protagonist to get on with things and face adversity head-on rather than wait for some imaginary savior to fix things. This track has had impressive staying power – it was the first song from the 1990s to reach one billion streams on Spotify.

Related: see our list of some of the easiest songs to sing.

Many consider Macarena to be one of the most well-loved dance tracks and fairly innocuous, but its lyrics are actually about a woman named Macarena who likes to play with the affections of men to her own benefit. Regardless of its lyrics, the track has an infectious beat and cheerful sound that allows listeners to take its themes with a grain of salt. It’s remained in the public consciousness through dancing and karaoke for many years.

This fun-filled track has been said to either be a completely innocuous story about life as a Barbie doll – or a glamorous woman – or a deeper analysis of the harmful effects of beauty ideals on the self-esteem of girls and women. The group was inspired to write the song after seeing an exhibit related to Barbie dolls. ‘Barbie Girl’ charted across the world after its release and has remained one of the best examples of late 1990s pop music.

All I Have To Give – Backstreet Boys

Written by R&B group Full Force, this track was the first to feature the vocals of each member of the Backstreet Boys. it was received well by critics and music lovers alike and has been certified platinum in Australia and the United States, Silver in the UK and Gold in Sweden and New Zealand. It’s a serious ballad about love and the sacrifices we make for those we care for that helped the Backstreet Boys to solidify their presence as serious artists in the music industry.

Britney Spears burst onto the music scene with her first single, which has the same name as her debut album. “Hit” in this case refers to a phone call, where Spears sings from the perspective of a young woman whose boyfriend has left her as she’s asking for his attention “one more time.” The music video portrays Spears as a girl watching her love interest from afar, giving the lyrics a slightly different meaning. In any interpretation, the song stands as a symbol for unrequited love and the desperate feelings that come with it, making it a fantastic karaoke choice.

Related: see our playlist of songs with ‘baby’ in the title.

Lisa Loeb had this track sent in to be featured in the film Reality Bites, where it eventually played over the end credits. The song follows a protagonist who is regretful about the end of a romantic relationship. Loeb has said that it referred to a breakup she was going through while writing it as well as some hard times that people she knew were tackling in their own lives. It’s a pop track that has strong folk influences that helped it to stand out as a hit after its release.

As one of the best-selling singles of all time that has influenced pop culture since its release, Ricky Martin’s ‘Livin’ La Vida Loca’ is a fairly popular choice in the karaoke scene. It tells of the protagonist’s passionate romantic adventures with a wild woman. This track was inspired by the music of Frank Sinatra, who died around the time of its release. It was so successful that it allowed for greater popularity where other Latin artists’ music was concerned.

Inspired by Queen’s ‘Under Pressure’ and using its bassline, ‘Ice Ice Baby’ is about having a good time partying but also tells the story of a protagonist who drives around South Beach, Miami. There was some drama around the sampling of Queen’s track, but it did inspire future artists to sample from famous songs. It also paved the way for Hip-Hop music to reach mainstream audiences and was the first Hip-Hop single to hit music charts.

Related: this song appears on our list of the greatest karaoke tunes (of course!)

Genie in a Bottle – Christina Aguilera

Christina Aguilera’s breakout hit uses its “genie in a bottle” symbolism as a euphemism for a type of touch that is altogether different from touching a genie’s bottle. However, it can also be viewed through a girl-power lens as a song about a young woman who knows what she wants from men; namely, sincerity. It was certified double platinum in the United States after selling more than two million copies there. It charted in 21 countries total.

What was originally supposed to be a love song was re-written several times until it became the breakup song that listeners know today. It discusses lead singer Gwen Stefani’s breakup from fellow bandmate Tony Kanal after seven years together. While this all-to-relatable track didn’t hit any music charts, it was nominated for several music awards and has been listed in several journalistic pieces about the best songs of all time. Its staying power makes it a fantastic choice when choosing 90s karaoke songs.

Kurt Cobain wrote this track with the goal of creating the ultimate pop song in a style similar to The Pixies. It did become surprisingly popular and introduced grunge music and alternative songs to mainstream audiences. Its lyrics focus on criticizing teenage apathy and proved to be quite appealing to listeners; the track is now considered one of the greatest of all time. Its conventional “poppy” structure may also explain its popularity to some extent.

She Ain’t Worth It – Glenn Medeiros

Glenn Medeiros encourages a friend to leave a woman who brings him nothing but troubles and sorrow in this track. He implores the subject, “Can’t you see/She’s really just a waste of time.” Sometimes we can’t see past our feelings and realize when it’s time to move on from a bad relationship; this song really reflects that particular type of human pain. This popular track was certified gold in the United States and in Australia.

Wannabe’ is a classic, fun-filled girl-power anthem about telling a romantic interest that friends always come first in the protagonist’s life. It remains popular to this day and can be heard just about everywhere, from school dances to the karaoke stage. It was even the most-streamed 1990s song by a female artist on Spotify in 2020 and has made numerous pop culture appearances over the years, including through covers by famous musicians and other stars.

Natalie Imbruglia sings of the shame and regret that come with realizing Mr. Right is really Mr. Wrong—a universally heartbreaking feeling that most anyone who has ended a bad relationship can understand. The music video for this song coupled with its relatable, earnest lyrics made it a hit. What made the music video special was likely Imbruglia’s acting background, which added authenticity to the piece. The song originally premiered in Denmark under a title that meant “Burned” and eventually became Imbruglia’s single.

Originally sung by the Marcy Brothers, this country remake was a staple of the 1990s and the first single of Billy Ray Cyrus’s—as well as his most definitive release. It was also recognized at the time as the song that gave country music new life right when it needed it, especially among younger listeners. It even led to the creation of a line dance called “The Achy Breaky” which was performed to the hit song.

This Michael Jackson hit is unique in that it fuses pop, dance, Hip-Hop and rap to make an appealing piece of art that tackles the important topic of harmony between races. Few songs have tackled the topic as creatively and joyously as Jackson’s hit, which had instant popularity that was demonstrated by the wide viewership of its music video premiere—500 million viewers watched the video, which is the highest viewership and music video has ever had.

The Rembrandts – I’ll Be There For You

The 1990s wouldn’t have been the same without this power pop track, which became the theme song for the wildly popular TV series Friends that also defined the decade and influenced pop culture for years to come. The Rembrandts were chosen to sing it as they were the only Warner Brothers Records band available to perform it for the series. It’s a wonderfully uplifting tribute to the power of friendship and loyalty among friends—a timeless theme that will never go out of style.

Related: This, of course, appears in our list of friends songs.

George Michael sings of having faith and optimism when it comes to trusting that a breakup is the best direction to take a romantic relationship in. Like many other popular karaoke songs of the 1990s, it has relatable themes that will stand the test of time for years to come. Breakups aren’t easy, but believing that you’re making the right choice can help you heal. This track was a huge success in the UK and the US after its release.