18 Songs from the A Star is Born Soundtrack 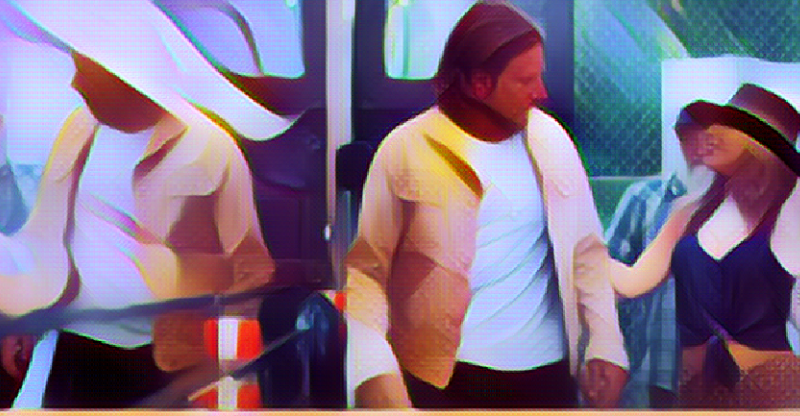 The 2018 version of A Star is Born features Lady Gaga, Bradley Cooper, and an incredible soundtrack album. Cooper plays Jackson, a successful musician who deals with addiction and mental health. Gaga’s character Ally is “discovered” by him and makes her way towards stardom. The pair falls in love, but the hardships of fame, the music industry, and personal struggles doom the relationship.

The A Star is Born soundtrack paired with the emotional twists and turns in the film allowed it to take home a Grammy for Best Compilation Soundtrack for Visual Media. After you listen, it will be clear to see why! Many talented songwriters including Mark Ronson and Lukas Nelson worked on the songs for the film.

This rock song heavily centers around electric guitar riffs and introduces Bradley Cooper’s character Jackson. Jackson is a performer, and it’s clear from his performance of ‘Black Eyes’ that he is a talented and captivating musician. The crowd is wild, and Jackson is invigorated by it. The lyrics “I’m by the wayside” also give us a glimpse into the struggles this character will have later in the movie.

Lady Gaga’s rendition of this song is seductive and enchanting. Her character, Ally, works in a drag bar and sings this song as she and Jackson lock eyes for the first time. Jackson is immediately fascinated with her charismatic style and powerhouse vocals. A love song about seeing the world through rose-colored glasses, ‘La Vie En Rose’ is a suitable song for the picture-perfect love between Ally and Jackson that is soon muddled by the realities of fame and mental illness.

Related: Hear the original song in this playlist of songs about a new relationship.

Jackson sings ‘Maybe It’s Time’ for Ally and the drag queens in the bar. It’s an acoustic country song, showing us a different side of the rockstar first introduced at the beginning of the movie. Jackson’s vocals are intimate and vulnerable, and it’s clear to see his connection to the song. Lyrics like “when I was a child they tried to fool me, said the worldly man was lost and that the hell was real” convey the message that change is not always a bad thing, despite new ideas often being resisted. The song was written by Jason Isbell, and Bradley Cooper described it as “the sword with which a lot of the music spawned from me.”

Related: Here are the best songs about change.

Out of Time’ is an instrumental track performed by Jackson as Ally and her friend Ramon are picked up to go to his concert. As the pair bails on work and get their first taste of a private jet, the song builds anticipation, culminating in hard drums and shredding guitar. The scene cuts between Jackson on stage and Ally walking backstage. Both are in different places but soon will be in the spotlight with each other.

‘Alibi’ transitions seamlessly from ‘Out of Time,’ becoming the first song Ally sees Jackson performing. Ally is having the time of her life, and the two make a lot of tension-filled eye contact. The song works to build the energy of the fictional crowd, as well as the real-life viewer. Ally’s life-changing scene where she sings with Jackson is coming up, and by using this track before it, we know something big is coming.

This song may be the most popular one to come out of A Star Is Born. ‘Shallow’ is a duet between Jackson and Ally and Ally’s first performance outside the drag bar. Jackson invites her on stage, and though her nerves are palpable, the crowd loves her the second she opens her mouth. The performance is incredible, and the chemistry between the pair is hypnotizing. A video of the performance goes viral, catapulting Ally into an overnight success. Lady Gaga wrote this song and it was produced by Lukas Nelson.

Music to My Eyes

Music to My Eyes’ is an acoustic love song that plays as we see the love between Ally and Jackson deepening. Jackson visits Ally in her hometown, meeting her father and showing us a tender side to his rough persona. The hook, “you’re music to my eyes,” lets us know the trueness of this love. Both Jackson and Ally are inspired by and passionate about music, and the fact that they view each other as a unique piece of music speaks volumes about their love.

Related: Check out our list of true love songs.

This duet between Ally and Jackson is found in the extended version of the movie, played over a montage of the pair. It’s an upbeat, soulful song that matches the electric energy between these two characters. Though the song centers around the idea of the intensity of love being fatal, lines like “put me in the ground before we’re through” have a dark double meaning when considering the fate of Jackson’s character.

Always Remember Us This Way

‘Always Remember Us This Way’ is a gripping piano ballad that solidifies itself as one of the most memorable songs on the soundtrack due to Lady Gaga’s incredible vocals. She sings gritty yet smooth, showing her character’s connection to the song. In a deeply passionate love song, Ally sings about her love for Jackson, saying, “when the sun goes down, and the band won’t play, I’ll always remember us this way.” No matter what endings and hardships they face, they will always have the shining memories of the highs of their love.

Related: Find similar songs on our list of the best songs about memories.

Look What I Found

Ally steps into commercial success with her single ‘Look What I Found.’ We see Ally recording this song in the studio, with Jackson seated next to her, experiencing the wonders of production and recording technology for the first time. It’s a scene that reminds us of Ally’s raw talent and Jackson’s unwavering support. The staccato piano and catchy melodies result in a great song.

This electronic pop song is another one of Ally’s solo tracks. She performs this song at an iHeartRadio concert, and her success climbs exponentially as the film progresses. Ally’s music takes on a more pop style than we’ve heard, but this song still feels true to her. It has ambient falsetto and vulnerable lyrics, asking for love to heal her.

I Don’t Know What Love Is

With a title like ‘I Don’t Know What Love Is,’ this song doesn’t seem like it would be the intimate confession of love that it is. We get clarity with the line “I don’t know what love is if I can’t have you here,” though. Ally and Jackson don’t understand love, but they know that they have it with each other. This song plays at the pair’s wedding and as they celebrate their marriage. The wedding is sweet and simple, and you can feel the love between the characters through the screen.

Related: Say “I do” to the best marriage songs.

‘Is That Alright?’ plays in the end credits of A Star Is Born, and it’s an incredibly moving declaration of love. Lady Gaga’s vocals echo in the chorus, belting “I want you” in every moment and every emotion. Despite the extremely blunt and vulnerable feelings displayed in the song, there’s still hesitation over if these feelings will be reciprocated, hence the question about if the feelings are “alright.”

Why Did You Do That?

This song is meant to portray how Ally is losing some of her authenticity as she becomes more mainstream with its cliche pop style, vapid lyrics, and the not-so-subtle line “this is not like me.” It’s a good song when taken out of this context, though, due to its catchy chorus and Ally’s creamy vocals.

Another song from Ally’s mainstream pop era, ‘Hair Body Face’ is about trying to be perfect for someone else. Even though the song is mainly about looks, a deeper meaning appears in both characters. Ally is trying to be perfect for her new worldwide audience, and Jackson is trying to stay put together for Ally as his mental health deteriorates. The song plays as Jackson watches Ally rehearse, and the once perfect connection between them starts to fray at the edges.

Related: Listen to more of the best songs about not being good enough.

‘Before I Cry’ doesn’t actually appear during the movie, but it’s a beautiful insight into Ally’s commitment to Jackson. As Ally’s career grows, Jackson struggles more and more. Ally sings, “I’m gonna cry if you say you don’t need me,” to reassure him that all she wants is his love, no matter his level of success or internal hardships.

An instrumental version of this song is used in the movie, featuring Ally and Jackson in a recording studio, improving over the track. In the soundtrack version, there are only a few lines that are repeated throughout the song: “please don’t tell me I’m too far gone,” “I can’t go on if I ain’t living in your arms,” and “set me free.” This last line is drawn out, with Jackson’s desperate vocals making it clear how much he needs to be set free.

Ally performs ‘I’ll Never Love Again’ at the memorial concert for Jackson. It is a tear-jerking scene featuring Ally alone with a spotlight and piano. She sings about how she never wants to experience love again if it is not from Jackson. The desolation she feels is clear from her quavering voice and shining eyes. The real gut punch comes when the intense performance cuts to a flashback of Jackson singing the song to Ally, quietly and tenderly. Their love ended in tragedy, and Ally doesn’t think she’ll ever move on.

Related: Head over to our playlist of sad songs.