13 Best Songs from the Annie Soundtrack 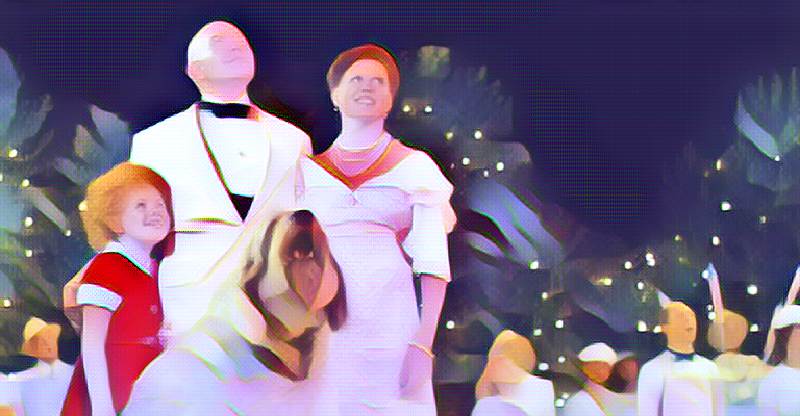 “The sun will come out tomorrow!”

Annie is one of the most famous Broadway musicals and musical movies, and rightfully so.

The musicals are based on the comic strip of the same name and tell the heartwarming story of an orphaned girl who finds a comfortable life after being adopted by a billionaire.

The comic strip debuted in 1924, and theatrical films were released in 1932, 1982, 1995, and 2014, making Annie a well-known character for a few generations. Of course, this doesn’t even touch on the many TV films and musical play adaptations!

Celebrate this music-filled feel-good story by learning about all the songs from the Annie soundtrack. You’ll be saying “I think I’m gonna like it here” in no time!

Annie sings this song as she imagines what it would be like if she was with her biological parents and sings of possible traits they may have and things they might be doing. She also wonders aloud why her parents decided not to raise her and hopes, “Won’t you please/Come get your baby?”

‘It’s a Hard Knock Life’ is one of the most well-known tracks from the original motion picture soundtrack. The orphans sing of the exhausting work they must complete in this track. They seem to have accepted their place in life but realize that other children don’t have to deal with the hopelessness and work they live with every day.

Annie looks hopefully toward the future in this song, where she tells herself that tomorrow will be better than today. This is one of the most well-known numbers from the original soundtrack, along with ‘It’s a Hard Knock Life.’ Oliver Warbucks and Grace Farrell sing with Annie on this track. In the 1982 film, Annie sings this song a cappella style, and that one is called ‘Tomorrow (White House Version).’

Related: There’s always tomorrow! But today, you can listen to our playlist of hopeful songs.

The Hooverville residents sing this song right before the police come to tear down Hooverville. They are inspired by Annie’s positive outlook within its lyrics and lament that she isn’t a politician. This track only appears in the stage musical; it was never used in any film adaptation of Annie.

Related: Positivity can be a ray of sunshine, so here’s a playlist of songs about sunshine.

Miss Hannigan complains about all of the little girls in her charge with this track. She makes it clear that she does not care what type of suffering children face. She sings of how she loathes children and doesn’t belong in the stressful world of caring for them.

Related: Hear more songs about little girls and boys in our list of the best songs about children.

Annie realizes she might start to enjoy her new home in this song. She learns about the wonders that it provides from Grace and is astonished by them all, especially when compared to her old life as an orphan. She is also welcomed by the household members, who also believe she will enjoy living there.

Related: If you’re feeling at home, listen to this playlist of home songs.

Oliver and Grace sing this song with Annie as they give the girl a tour of New York City. Oliver sings of loving the city, even with its faults and tendency to make its residents tired of it. It only appears in the 2014 film as an instrumental during a commercial and does not appear in the 2021 TV film at all.

Related: Take a trip to N.Y.C. with the best songs about New York.

Rooster Hannigan, Miss Hannigan, and Lily St. Regis sing this song as they plan to kidnap Annie. The Hannigans explain that their mother taught them to break the rules to find success in life as all three kidnappers sing of the joy they will experience once they get to Easy Street, making it clear that they “gotta get there” before they die.

Related: Listen to this crafty playlist of songs about breaking the law.

You Won’t Be an Orphan for Long

Grace and the servants perform this track. Annie tells Grace of her plans to find her parents, and Grace tells her of her support for her wishes. This track only appears in Act 1 of the stage musical; the film adaptations of Annie did not include it.

Bert Healy and the Boylans sing this song. It teaches listeners that a smile is a more important part of a person’s look than the style or price of their clothes. The 2014 film adaptation of Annie (with Jamie Foxx and Cameron Diaz) has the Sia version, which has some changes from the original.

Related: Get fully dressed with these happy feel-good songs.

A New Deal for Christmas

The majority of the musical’s characters perform this ensemble piece as a poem; Eleanor and Franklin Roosevelt also make an appearance. It’s one of the last songs in the musical and is sung while everyone is enjoying the celebration of their Christmas festivities.

Related: In the mood for a winter wonderland? Check out these cold weather songs.

I Don’t Need Anything But You

Annie and Oliver sing this song about their love for each other in this number. Grace and the servants also prepare for Christmas festivities during the song. Everyone who sings on the track tries to forget about sad times of the past and look forward to a happier and more promising future.

Related: If you found The One, head over to our playlist of songs about soulmates.

Oliver sings this track as he realizes that Annie has filled a hole in his life that he didn’t know existed. It’s one of two poem performances in the musical and also features the character Will Stacks. This number only appears in instrumental form in the 2014 movie adaptation of Annie.