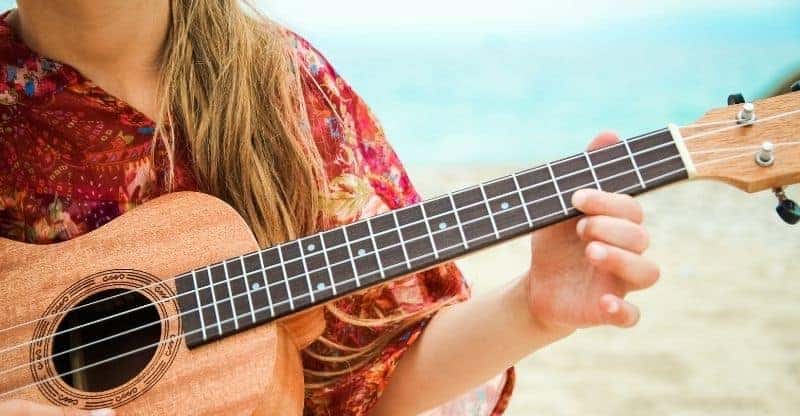 Most of the ukulele chord charts you find on the internet are for the soprano, concert, and tenor ukuleles – in other words, for ukuleles tuned to GCEA.

Baritone ukuleles, however, have their own tuning. This has caught many a beginner out!

In this article, we show you how to play seven basic baritone chords.

The string notes for the baritone uke are tuned to DGBE: 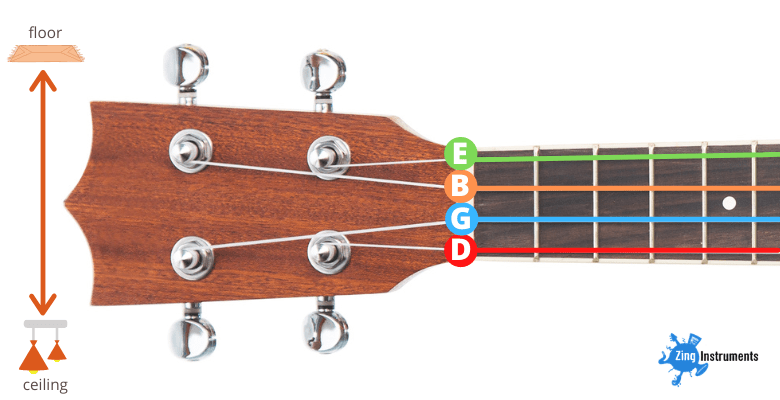 Do they look familiar? Well, if you play guitar, they might do, as they’re the same as the first four strings on a guitar. This makes baritone ukulele tuning infinitely easier for guitarists, as well as learning how to play one.

Take a look below…

As we mentioned in the introduction, most guides to ukulele chords for beginners are for ukes tuned to high-G (or ‘re-entrant’) tuning. The baritone uke has its own set of chord shapes, so here are the most common ones (five major and two minor chords).

Each chord diagram shows where to press your fingers (the blue dots).

To get a G major chord, put your index finger on the third fret of the E string. 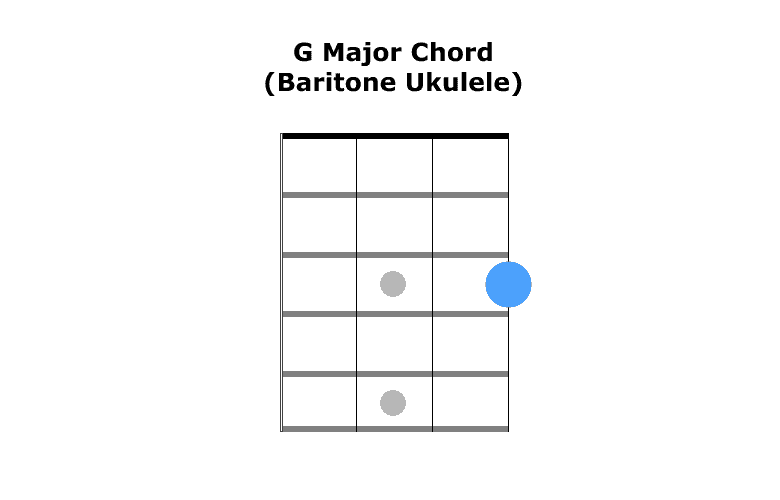 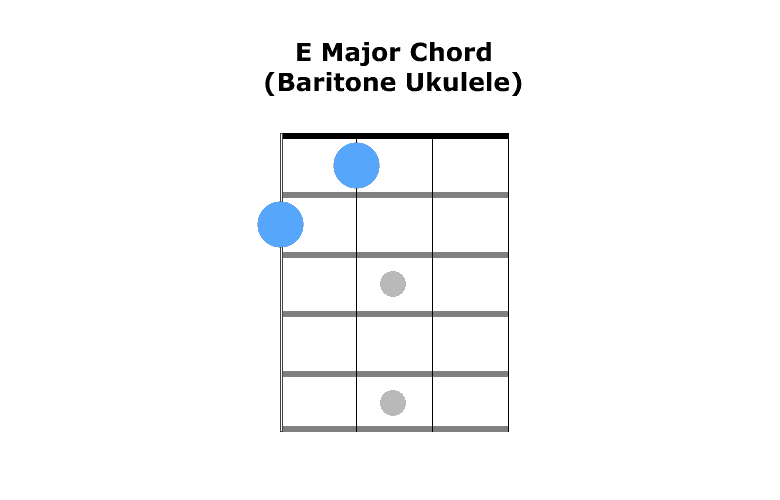 For an A, hold down the lowest three strings at the 2nd fret. You can do this with three fingers, or barre the three notes with one finger. 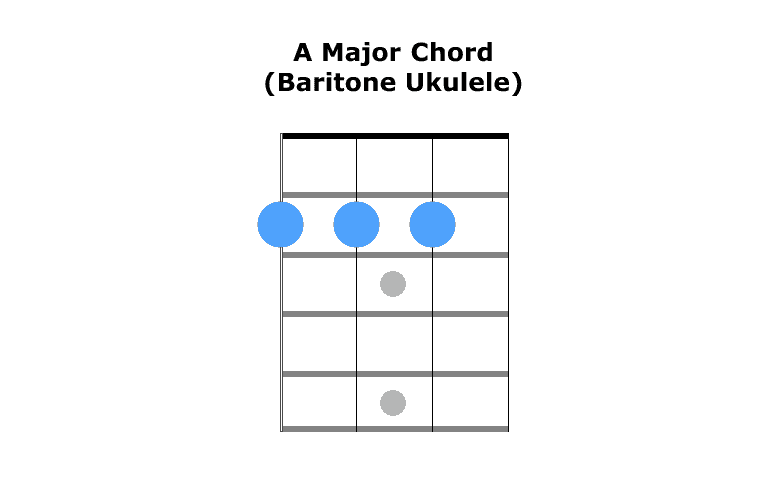 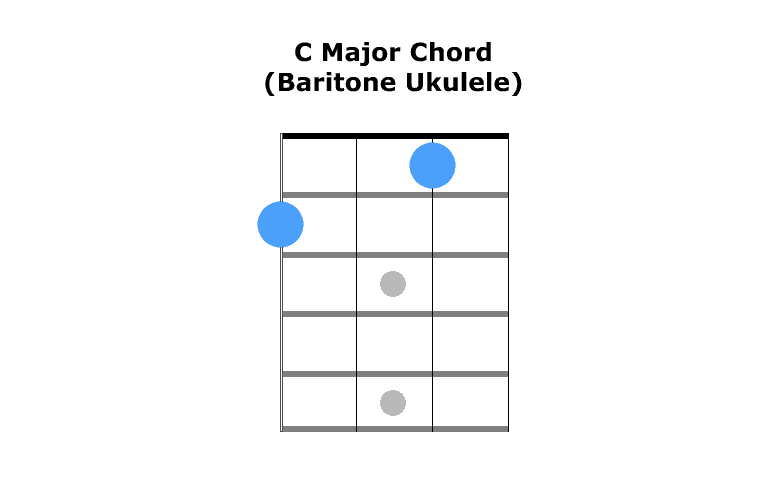 The D looks like. Guitarists, does it look familiar?! Yes, it’s the same as the D chord on the guitar. 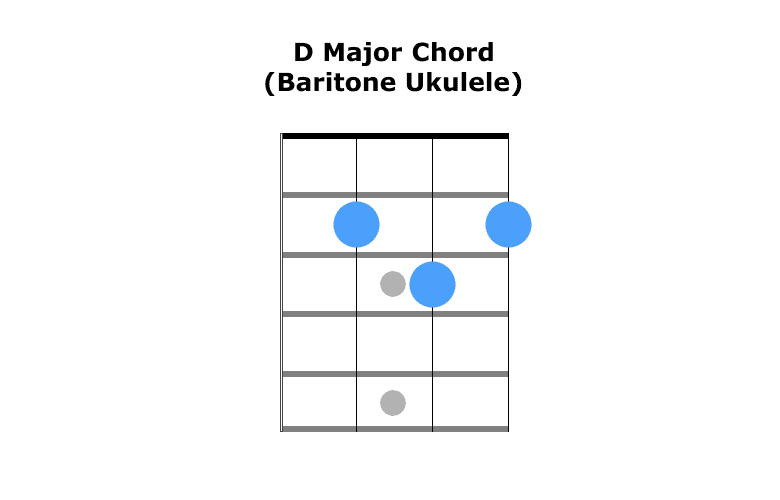 Next up we have the A Minor. Again, if you play guitar you’ll recognize the shape instantly. 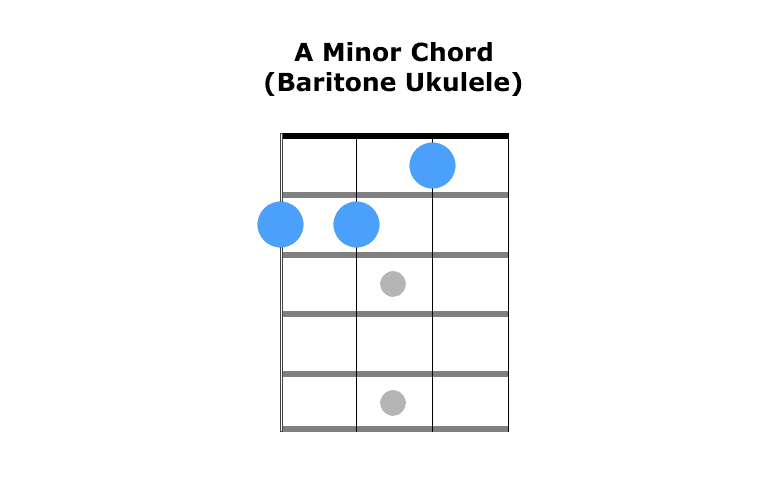 Finally, the E Minor Chord is just one note on the D string at the second fret. 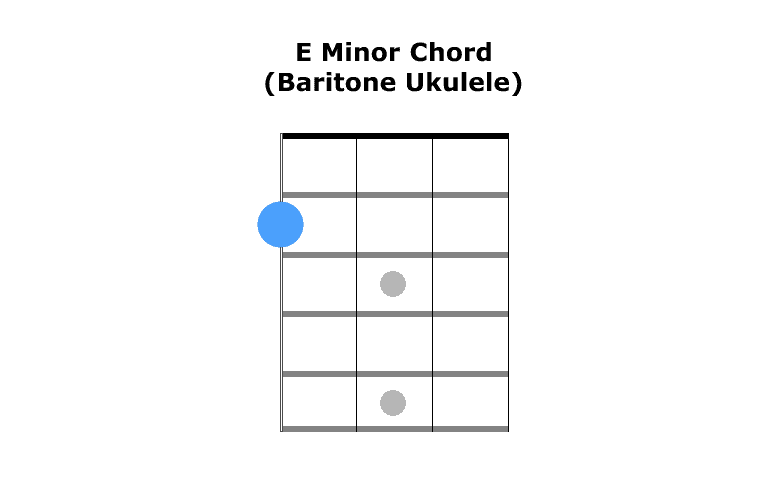 See how simple that was!

Have fun with these chords and good luck!