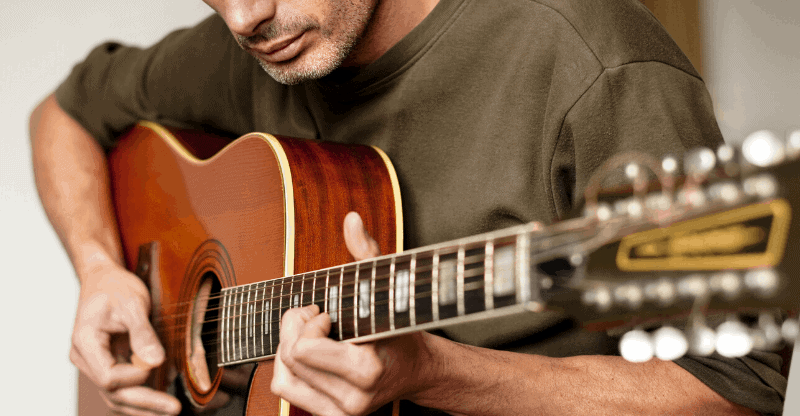 12-string guitars are a bit of an enigma. Most seasoned guitarists will have played a Dreadnought or an Auditorium acoustic guitar, but relatively few have dabbled with the mighty 12-string.

But here’s the rub.

Ask anyone who plays one “how do you like playing that?’ and you’ll see a little twinkle in their eye; because they know how cool they are to play.

In this article, we’re going to cover everything you need to know if you’re thinking about purchasing one.

First up, what’s the point in playing one of these guitars? Well, it turns out that doubling up on strings adds an extra jangle and shimmer to your sound – described by some as ‘chimey’  – and gives you a much fuller tone than a normal guitar.

It sounds a bit like two guitars playing in unison – or like applying a chorus effect via a pedal.

How Does The Tuning Work?

In essence, they follow the same open tuning as a regular guitar: E A D G B E.

However, there is a difference:

Before you rush out to buy one of these guitars, here are some things to consider.

To accommodate the extra strings, neck width (or nut width, as it’s measured at the nut) needs to be increased – the neck width is often closer to that of a classical guitar.

The neck profile and length is usually the same as a regular guitar, just the fretboard width that changes.

Is this a problem? Not necessarily.

But it could be problematic for people with small hands, as you’ll need to stretch quite a bit more to reach certain chords than on a regular guitar.

The increased tension of twelve strings also means the neck of these guitars needs to be stronger and thicker, adding to the weight.

For some, this would make playing less comfortable, especially if you play standing up.

As you press down on two strings at a time, more pressure is needed.

This won’t be an issue for open chords but could be problematic for hard to play barre chords that require a lot of hand strength.

Your regular capo won’t work either unless you have one specially designed for this sort of guitar.

The same goes for techniques like bends, which are almost out of the question, and hammer on’s are much harder.

This budget-friendly, spruce (not solid spruce) top guitar is a popular choice for a first 12 string. It has a mahogany body and neck, and a rosewood fretboard, giving it a warm, mellow sound.

It has chrome die-cast tuners, for tuning stability, and a built-in pre-amp and electric tuner.

The Oscar Schmidt OD312 is factory set with low action, making it easy to play and saving you the hassle of setting it up. 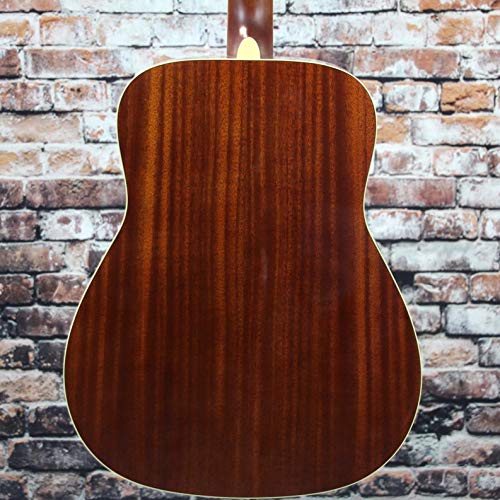 At twice the price of the Oscar Schmidt above, why would you choose a Yamaha FG820?

For a start, it’s got a solid Sitka spruce top which gives you a fuller sound. Yamaha’s 800 Series guitars have a pretty impressive reputation too, in part thanks to the scalloped bracing which provides you with a louder and stronger sound in the low to mid-ranges.

Yamaha is a quality producer of musical goods in general, so you also know you’re getting something half decent.

The FG820 also features mahogany back and sides for the quintessential 12 string warm sound, as well as a rosewood fretboard for smoothness in playing. It also has chrome die-cast tuners.

The one downside? It comes with no electronics, so if you frequent your local gigging joints, you’ll have to buy a separate pick up.

This single-cutaway 12 string dreadnought from Fender is another popular choice.

With mahogany for that rich and warm sound and, in contrast to the two above, with a built-in Fishman pickup and preamp, its ideal for live performance.

It has a solid spruce top and boasts an ‘easy to play neck’ with rolled fingerboard edges for easier playing, as well as scalloped “X” bracing for extra punch.

It also has a built-in tuner and pre-amp, making live performances a bit more straightforward. 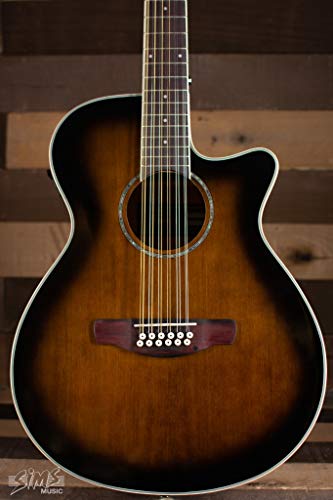 Over now to an offering from guitar maker Ibanez. This one comes in the AEG body shape, which is relatively small compared to the other 12 strings reviewed here.

The build quality is superb too, with customary mahogany back, sides, and neck with a rosewood fretboard and bridge.

A stand out feature is the ivory body binding which adds a touch of class. Sound-wise, the tiny size projects a unique tone of its own, with great mids, but slightly lacking in some bass notes. 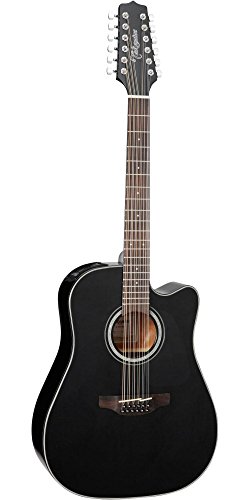 The Takamine G Series GD30CE-12 has mahogany back, sides and neck and solid top construction for a rich, resonant sound.

In addition, you get an onboard tuner and 3-band EQ/gain controls to amplify your guitar. If you’re into shiny finishes, you’ll love it too (it’s got a beautiful gloss finish). 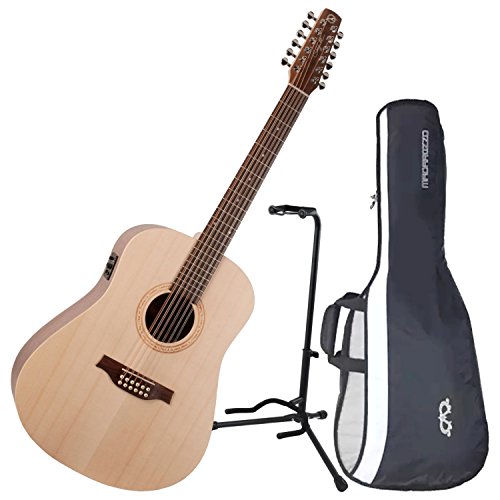 If you long for a 12 string that’s not made of mahogany, the Seagull Excursion will interest you as it has rarer walnut back and sides.

With pressure treated solid Spruce top that is, according to their brochureware, tested for stiffness and harmonic vibration, this is a superior build.

The bracing on this acoustic guitar has been created from Adirondack Spruce – which is a light and strong wood. It has also been scalloped and carved to match the top of the guitar.

To finish it off, it has a silver leaf maple integrated set neck.

The Fender CD-60SCE-12 takes the prize for best value guitar on this list, thanks to its built-in pre-amp, tuner, and solid spruce top.

For a smaller size model, the Ibanez AEG is awesome.

If you want a super budget-friendly option, then the Oscar Schmidt OD312 can’t be beaten.

Finally, for something a little bit different the Seagull 12 string is a bit special thanks to its tonewoods.

Roz is a music teacher and our resident expert when it comes to music theory. When she's not teaching or writing for Zing, Roz writes and plays in an alternative art-rock band.

How Many Frets on a Guitar? The Answer Might Surprise You