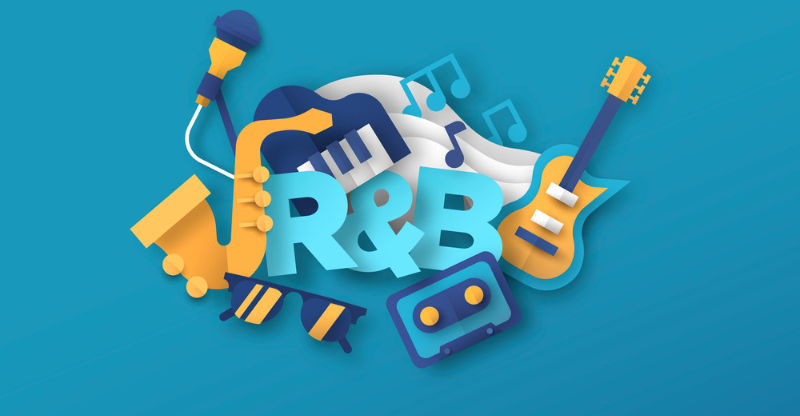 The 90s are often referred to as the golden age of R&B, and for a good reason.

There’s nothing quite like the production, rhythms, and arrangement of R&B music, and the uniqueness of the genre really shined in the 90s. The songs on this playlist of the best 90s RnB songs are iconic, using captivating beats and smooth layered vocals to put their own spin on this celebrated style.

‘No Diggity’ is an iconic R&B song featuring the R&B legend Dr. Dre and Queen Pen’s first appearance in a recording. The smooth melody of the hook, “I like the way you work it, no diggity,” is an instant earworm in this song about sexual attraction. The song was super successful, even going on to win a Grammy in 1997.

Related: Hear this song on our playlist of the best 90s music.

It’s not often that a drum pattern acts as the obvious star of the song, but the cracking echo of these drums, accented by a horn blare, makes the hit song ‘Poison’ an R&B standout. Bell Biv Devoe raps about a girl so charismatic that she’s a threat—”that girl is poison.” Despite knowing this girl is bad news, the narrator just can’t get her out of his head.

Related: Watch out for these danger songs.

Are You That Somebody? – Aaliyah

Aaliyah is pursuing a secret relationship in ‘Are You That Somebody?’ and she seems to address the struggles of dating as a famous singer. She sings, “boy, I gotta watch my back, ’cause I’m not just anybody,” alluding to her status being a potential target on her back. She needs to be careful with who she lets into her heart and hopes this boy is responsible enough to be trusted.

Related: Here are the best songs about secret love.

I Wanna Be Down – Brandy

This song was released when Brandy was just 15 and was her first single ever. It’s a sweet love song with a soothing beat about being there for someone you love no matter what. Brandy reassures her partner that whatever struggles come along, she will be there for them in any way she can: “no matter the time of day or night, it’s true, I wanna be down.”

‘On & On’ has a stripped-back beat and soulful vocals, allowing the listener to digest the deeply introspective lyrics. Erykah Badu includes many references to religion and old philosophy. For example, the line “the man that knows something knows that he knows nothing at all” references the Socrates paradox: “all I know is that I know nothing.” It’s a thought-provoking and beautiful song that keeps its steady groove throughout. It was her debut song from her debut album, Baduizm.

This love song has comforting layered vocals and a great bassline. D’Angelo sings to his lady with words of devotion and gratitude. He knows he is beyond lucky to be with this woman, especially because the whole town seems to desire her too. He says, “I want them to know you’re my lady” because he is proud that he is worthy of her.

Related: Feeling grateful? Here are the best songs about gratitude.

Mariah Carey is known for her whistle notes, and we hear them at several points in the background of ‘Fantasy,’ a song about the dreaminess of being in a relationship. Whether you’re in a relationship or just fantasizing about one, this track really captures all the exciting feelings of potential love. The song samples some lyrics from Tom Tom Club’s ‘Genius of Love.’

‘End of the Road’ is about the devastating end of a relationship. It was used in the 1992 film Boomerang and became a huge standalone hit for Boyz II Men. When a relationship has a rocky end, it can be hard to find closure, and the lyrics of this song put that feeling into words: “Although we’ve come to the end of the road, still I can’t let go.”

Related: Celebrate your accomplishments with these upbeat graduation songs.

All Mary J. Blige wants in this song is real and pure love. The repetitive beat shows how Blige feels stuck in the cycle of disappointing romances, and the gritty rasp in her vocals makes it clear how desperate she is to break that cycle. She’s praying for someone to value her and authentically love her, “someone to set [her] heart free.”

You Make Me Wanna – Usher

Normally when someone cheats on their partner, they are viewed unquestionably as the villain in the relationship. ‘You Make Me Wanna’ tells the other side of the story, talking about how falling for someone else sometimes can’t be helped. Usher sings about the internal conflict he’s experiencing because of the situation, saying, “what’s sad is that I love her, but I’m falling for you. What should I do?”

Related: If you have a new lover, here are some songs for new relationships.

You Used to Love Me – Faith Evans

Falling out of love is an awful feeling, and it’s even worse when you can tell someone else is falling out of love with you. Faith Evans reminisces when her partner gave his love freely and fully and reflects on the pain of knowing he doesn’t feel that way anymore. Even after the extensive love and care, Evans poured into the relationship, all she can do now is remember the days she used to be loved.

My Heart Belongs to U – Jodeci

An electric synth and a slow tempo set the mood for this romantic song. Jodeci sings about wanting to prove to a girl that their love is pure. The commitment is unwavering: “whatever you want, whatever you need, my heart belongs to you.” The wailing vocals are beautiful and reverent, showing just how intimate and devoted this love is.

My Lovin’ (You’re Never Gonna Get It) – En Vogue

If you’ve ever been in a “will they won’t they” relationship, you know it can get exhausting when the other person doesn’t commit. The women of En Vogue have decided that if their guy can’t commit, they will take away any more chances of having a relationship. They bluntly explain why it’s over for good with the line “had your chance to make a change, never ever gonna get it.”

Toni Braxton’s vocals are rich and trembling in this provocative track. The song is about how another person’s love can make you feel like you’re floating—”I can touch the sky; you make my temperature rise.” Braxton makes it clear how badly she wants to be with the person, and the steady rhythm and subtle synth provide groovy backup.

702 sings about a confusing relationship that seems completely up in the air in ‘Get It Together.’ It’s unclear whether the narrator wants the relationship to continue or not, but she is fed up with the uncertainty. Despite the problems in the relationship, she is willing to commit to working them out: “I really hope and pray, can we get it together?”

With a deep vibrating beat and a lot of sexual innuendos, this is a fun song through and through. ‘Pony’ is full of people looking for physical connection, wanting to have a good time with someone else with no strings attached. It’s the perfect club song to dance to, especially if you’re looking for that same kind of experience.

Related: This song features on our list of good walk up songs.

How Deep is Your Love – Dru Hill

This song opens with powerful vocals, immediately telling us that the singer is amidst some kind of emotional turmoil. We then find out why—his girl seems to be running around with another guy. ‘How Deep is Your Love’ is full of jealousy and indignance, but the main point is that this side guy can never measure up to our narrator.

Related: Check out the best songs about love affairs.

The snappy beat and heavy kick of ‘Hey Mr. DJ’ make it an amazing song to have on your party playlist, especially because the song itself is about partying on the weekend. Zhané sings directly to the DJ of the club she’s at. “Hey, DJ, keep playing that song all night.”

Related: Dance all night with these great party songs.

Return of the Mack – Mark Morrison

Mark Morrison wrote this song about his journey from a negative state of mind to a positive one, hoping to inspire listeners along the way. Morrison acknowledges that he was in a bad place, personally and romantically, but he wants to let people know that he is “back up in the game.” The song has an uplifting feel that gives hope to those who have experienced struggles that are hard to come back from.

‘Downtown’ is about being intimate with someone and how special that experience can be. When you’re with someone you love, you have the opportunity to deepen your connection and solidify your feelings. SWV sings about the transcendent nature of true love, saying, “I’ve been waiting for the special moment, anticipating all the things you’ll do to me.”

Related: Head over to our list of the best real love songs.

‘Feels Good’ is all about the beat, using repetitive lyrics to remind us just how riveting the beat is. The opening dialogue of the song adds a comical aspect about how it can be used as a treatment to improve your mood: “play this record as frequently as possible then, as it becomes easier for you, play the record once a day or as needed.” And it wouldn’t be surprising if it really worked!

The waterfalls of this song act as a metaphor for irrational plans. Ideas and dreams might look beautiful at first glance, but it becomes dangerous when you go too far. ‘Waterfalls’ is from TLC’s sophomore album and uses various stories as an example of what happens when you chase waterfalls (for example, a man thinks cheating on his girlfriend is no big deal, but he ends up contracting a sexual disease). After each verse, TLC warns us to “stick to the rivers and the lakes that you’re used to.”

Related: Go back in time with the best throwback songs.

‘Doo Wop (That Thing)’ was Lauryn Hill’s debut single, which makes it even more impressive that she took home two Grammys for the song in 1998. Hill raps about people who aren’t in relationships for the right reasons, chasing fame or wealth rather than a true connection. She sings to both girls and guys that “you know you better watch out” for those who will use you to get ahead.

Related: See more songs about being selfish and greedy.

This is How We Do It – Montell Jordan

This instant club hit has stood the test of time, remaining a popular celebratory track for parties, sports games, and everything in between. Montell Jordan sings about going out with his friends and how no one has nights out quite like they do. The call and response sections make the song even more fun—there’s something special about yelling “this is how we do it” with a crowd of people.

This song is from the perspective of a woman who is infatuated with a guy and desperately wants him to be her “boo.” She is unapologetically flirtatious, hoping to entice him to be with her. Despite this, she isn’t one hundred percent sure that he’ll return the feelings, singing, “at night, I think of you. I want to be your lady, maybe.” Even if you’re not an avid R&B listener, you’ll probably recognize ‘My Boo’ from a viral dance challenge, where people would do The Running Man to this song. It was the only song this group released!