14 Best Acapella Songs to Lift You Up 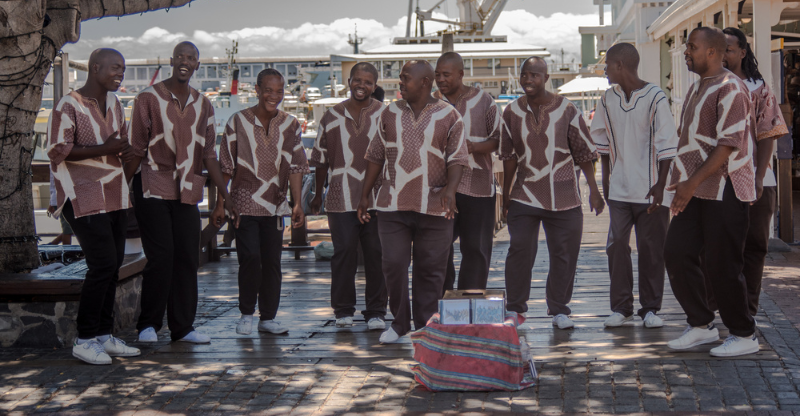 Acapella music only uses voices and no instruments for backing music, although some are so good you might mistake them for using instruments! However, not many groups sing acapella because you need a great vocal range, and it can be challenging to harmonize perfectly. It’s often used as audition songs or in gospel music since “acapella” is Italian for “in the church style.”

Whether you are looking to practice singing acapella or are just curious about the best acapella songs, this list has you covered with upbeat songs from several genres.

The Lion Sleeps Tonight – The Tokens

This is a traditional hunting song that was originally sung in Zulu. South African singer Solomon Linda first popularized it in 1939, while The Weavers had some success with their version in 1952. The Tokens released a rewritten version in 1961, which is the version most listeners know today. The lyrics are about a lion sleeping in a jungle.

Related: Wind down for the day with these songs about sleeping.

‘Don’t Worry Be Happy’ might be one of the only acapella tracks to reach number one on the Billboard Hot 100 in the United States. It might be the song’s unique sound that made it so popular. The lyrics encourage listeners to stay happy no matter how bad things get in life. Perhaps the most well-known song acapella style, it won two Grammy Awards in 1989: Best Pop Vocal Performance and Song of the Year.

Related: Check out our playlist of songs about being happy.

The lyrics of this song find its protagonists far from home and sleeping among the harsh elements: “we are homeless, homeless. Moonlight sleeping on a midnight lake.” The track is a collaboration between Paul Simon and Ladysmith Black Mambazo and contains Zulu lyrics; the song is actually based on a traditional Zulu wedding tune.

Working on a Building – Swan Silvertones

Here’s a traditional song about building a structure for God. The narrator is so committed to this task that he would quit his sins or jobs to work on it if he was a different person. This is an example of the popularity of the Swan Silvertones and their unique sound during their heyday.

This is featured in the film Pitch Perfect as Anna Kendrick’s character Becca auditions for Barden University’s female acapella group. The song features only Kendrick’s voice and sounds from a plastic cup. The song became a hit along with the film; at one minute and 17 seconds long, it is among the shortest songs to hit the Billboard Hot 100 in the US and is perfecting for practicing acapella singing. The lyrics are based on a 1937 folk track about someone leaving someone special to travel and wishing this person was coming with them.

Related: Here are some very short songs that won’t take up much time!

Kiss Him Goodbye – The Nylons

The narrator here encourages a love interest to leave her man and be with him instead in this secret love song. He says he can love her better and is obviously very emotional about the situation since they have a romantic history: “Even though the tears are falling from my eyes, I still remember, baby, when our love was so strong.”

Related: Sneak over to our list of the best love affair songs.

Where in the World is Carmen Sandiego? – Rockapella

David Yazbek and Sean Altman of Rockapella wrote this track for the game show of the same name. It talks about the fictional Carmen Sandiego and the many places she travels while she steals and hides from authorities. The song also appears on Rockapella’s album Primer, which was released in 1991.

‘Hello, Hello’ was sung alongside Whispering Sorrows during a live performance by The Nutmegs. It is a somber and classic acapella piece that finds its male narrator meeting up with a past lover and wanting to reconnect. A great deal of time has passed since they last met.

Didn’t Leave Nobody but the Baby – Alison Krauss, Emmylou Harris, and Gillian Welch

This Grammy-nominated collaboration was released in 2000 for the film O Brother, Where Art Thou? It is a traditional and haunting track where a man has terrifying plans for his baby after his wife leaves him for another man. The song is performed from a female perspective in this version.

Related: This song features on our playlist of good lullabies.

Here is a medley of some of Daft Punk’s best and most popular songs sung acapella by the talented and popular group Pentatonix. It includes such hits as ‘Get Lucky’ and ‘Harder, Better, Faster, Stronger.” Whether you’re an acapella singer or a pop fan, you probably know this fun song since it won a Grammy Award for Best Arrangement.

Related: Need a mood boost? Here are some happy feel good songs where you can hear the original version of ‘Get Lucky.’

‘Calling My Children Home’ is an unreleased and quite sad acapella collaboration by Dolly Parton, Linda Ronstadt, and Emmylou Harris. A woman misses her children, who have apparently moved far away from her. She dreams of the day that they come back to her. Although this song is sung by three people, it’s a good one to practice singing solo with.

This is an acapella version of the Katy Perry hit recorded by the Glee cast for the popular US television series. The lyrics find someone feeling head-over-heels because a fun and romantic partner makes the couple’s relationship feel like a dream. An acoustic version was also recorded for Glee. Try practicing your acapella singing with this popular song!

Related: Feel young again with these songs about adolescence.

Something to Fall Back On – Todd Rundgren

‘Something to Fall Back On’ appears on Todd Rundgren’s 1985 album A Capella. The song starts with an instrumental introduction. From there, Rundgren sings about a romantic interest. It seems that he is tired of being this person’s backup option and someone that isn’t treated as if he is worth being with on a serious level.

Opera of the Bells – Destiny’s Child

Here’s a traditional holiday piece by a celebrated 21st Century group that appears on the 2001 album 8 Days of Christmas. Produced by Beyoncé, the lyrics of this classic are about Christmas bells ringing and signaling the bright and hopeful Christmas season.