25 Best Disney Songs Through the Years 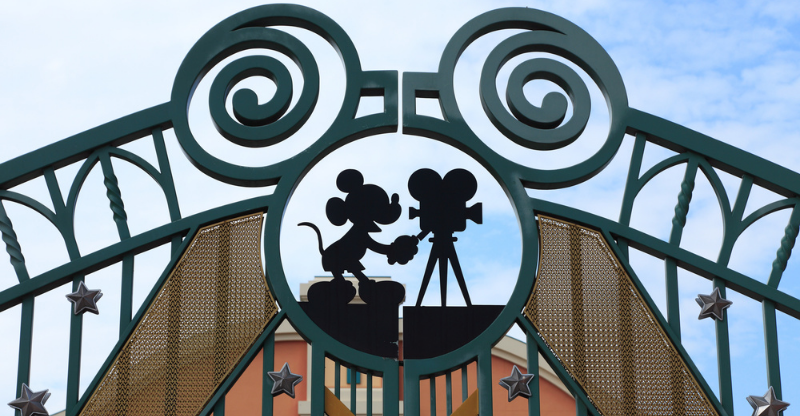 Disney movies have a certain magic that lasts through the years. A great deal of the charm that these films provide is thanks to the timeless tunes that accompany them. Keep reading to learn about some of the best Disney songs throughout history!

‘Let It Go’ was a huge hit after Frozen was released in 2013. It was performed by Idina Menzel in the film, and her version is considered to be the most well-known that has been heard quite frequently on Top 40 radio. However, Demi Lovato also performed it for the movie’s soundtrack.

Related: see all songs from Frozen the Movie.

Title character Moana, voiced by Auli’i Cravalho, sings this popular track in the 2016 film. An Alessia Cara version also plays during the end credits. It won the 2018 Grammy Award for Best Song Written For Visual Media. The line “If I go there’s just no telling how far I’ll go” perfectly highlights Moana’s characterization throughout the movie.

Related: go to all songs from Moana.

You’ve Got a Friend in Me – Toy Story

Randy Newman sang this much-loved theme song for Disney-Pixar’s hit film Toy Story in 1995. It perfectly highlights Andy’s relationship with Woody, his toy cowboy. Newman also performs a duet of the track with Lyle Lovett in the film.

I’ll Make a Man Out of You – Mulan

Donny Osmond sings this track for the 1998 film Mulan. It appears as title character Mulan completes her army training. It was co-written by Matthew Wilder of ‘Break My Stride’ fame.

As the song mostly explains, ‘Hakuna Matata’ means “no worries” in Swahili. The Lion King was released in 1994 and this song was one of its most popular pieces. The song’s inspiration is unclear, as several stories have been given for its origins. It was nominated for an Academy Award but lost to another song from The Lion King.

We Don’t Talk About Bruno – Encanto

2021’s Encanto included this crowd-pleasing track about a skeleton in the family closet. Lin-Manuel Miranda of Hamilton fame was inspired by several musical numbers while writing this piece, which he calls a complicated song about family dynamics.

Related: see all songs from Encanto.

Colors of the Wind – Pocahontas

This song from 1995’s Pocahontas finds the title character criticizing John Smith for his disrespect toward nature. It is an interesting piece in that it references the “Circle of Life” from the previous year’s Disney release, The Lion King. Judy Kuhn sang it as the singing voice of Pocahontas in the film, but Vanessa Williams performed it for the end credits and the single release.

Bella Notte – Lady And The Tramp

This love ballad is considered the signature song for 1955’s animated Disney film Lady And The Tramp. ‘Bella Notte’ means “beautiful night” in Italian, which explains the track’s subject matter. It plays during the film and during the opening credits.

Almost There – The Princess and the Frog

‘Almost There’ plays as Tiana faces conflict in 2009’s The Princess and the Frog. it was composed by Randy Newman and was nominated for the Academy Award for Best Song.

Be Our Guest – Beauty And The Beast

This fun and popular song from 1991’s Beauty And The Beast plays as the castle’s magical objects welcome Belle to her home. It was performed primarily by Angela Lansbury and Jerry Orbach as Mrs. Potts and Lumiere.

‘A Whole New World’ was the romantic theme song for 1992’s Aladdin. It was wildly popular, breaking Whitney Houston’s 14-week record on the Billboard Top 100. It was the first Disney animated film song to hit the chart. It also won an Oscar and a Grammy after the film’s release.

I Wanna Be like You (The Monkey Song) – The Jungle Book

Here’s a jazz-inspired song from 1967’s The Jungle Book that’s one of the film’s best-known pieces. It was performed by Louis Prima, a popular Italian-American trumpeter and singer at the time. It was also recorded by Smash Mouth for the 2003 sequel film’s end credits.

This track from the 1964 live-action film was written by Robert and Richard Sherman, the brother songwriting duo of ‘Chitty Chitty Bang Bang’ and ‘It’s A Small World’ fame. One of the brothers learned the impressively lengthy title word at summer camp as a child—it was a code word that only the children at camp understood.

You’ll Be in My Heart – Tarzan

‘You’ll Be In My Heart’ was written and performed by Phil Collins for the 1999 animated film, providing the musician with his first Oscar win after two previous nominations. It highlights the relationship between young Tarzan and the female gorilla who adopts him as well as their unbreakable bond, but can also be interpreted in terms of any close relationship that withstands time and distance.

Under the Sea – The Little Mermaid

Sebastian the crab warns Ariel the mermaid “Up on the shore they work all day/Out in the sun they slave away'” as she becomes enamored with land and human life in the 1989 animated classic. The Calypso-style track fits the film’s sunny, tropical feel. It won the 1990 Oscar for Best Original Song.

Four different artists perform this track throughout the 2017 film Coco. A pop duet of the song takes place during the end credits. Co-writer Robert Lopez’s Oscar win made him the first “double EGOT” in history, meaning that he has won double Emmys, Grammys, Oscars, and Tonys.

This track was written and performed by country artist Roger Miller for the 1973 film. The song discusses the friendship and adventures of Robin Hood and Little John to add context to the film. Miller wrote two other tracks for the film, as well.

Cruella De Vil’s theme song of the same name helps frame the personality of the villainous character in 1961’s One Hundred and One Dalmatians and the live-action remake 101 Dalmatians in 1996. Various artists have covered the track since the 1996 release, including Hayden Panettiere and Selena Gomez.

1937’s Snow White and the Seven Dwarfs featured this track that helped introduce the dwarfs to the audience. This quintessential Disney track has seen numerous covers and is known as a song to sing on the way to work.

Everybody Wants to Be a Cat – The Aristocats

Released in 1970, The Aristocats featured this ensemble piece which was released as a solo in later versions. In more recent times, some lines that could be perceived as racist have been removed. It’s all about the many ways that it’s great to be a cat.

A Dream Is a Wish Your Heart Makes – Cinderella

This song from the 1950 Disney film highlights the persistent dreams of Cinderella and her animal friends. The tune is based on the ‘Ricordanza’ Étude by Hungarian composer Franz Liszt and has been covered by numerous music stars, including Perry Como, Cher and Hilary Duff.

When You Wish Upon a Star – Pinocchio

This song from 1940s Pinocchio is similar to Cinderella’s ‘A Dream Is a Wish Your Heart Makes’ in that both encourage listeners not to give up on their dreams or wishes. It’s become a theme song of sorts for Disney, appearing in its movie logo sequences, ads for its theme parks and more. The song was sung by popular singer-actor Cliff “Ukelele Ike” Edwards—the voice of Jiminy Cricket—and won the 1940 Oscar for Best Song.

Colombian-Lebanese music star Shakira performed the theme song for 2016’s Zoomania. The track was penned by Sia and the Norwegian songwriting pair known as Stargate. Shakira also played a famous gazelle pop star in the film.

Into the Unknown – Frozen II

This duet between Idina Menzel’s Elsa and Norwegian singer-songwriter Aurora’s “siren call” appeared in 2019’s Frozen II. It set the scene for Elsa’s journey in the film and was covered by Panic! At The Disco as the soundtrack’s lead single in November of 2019.

Michael Bolton performed this track from 1997’s Hercules at the Oscar Awards ceremony, where it was nominated for a Best Song award. Ricky Martin recorded a Spanish language version that appeared on his own album as well as in the Spanish version of the film.