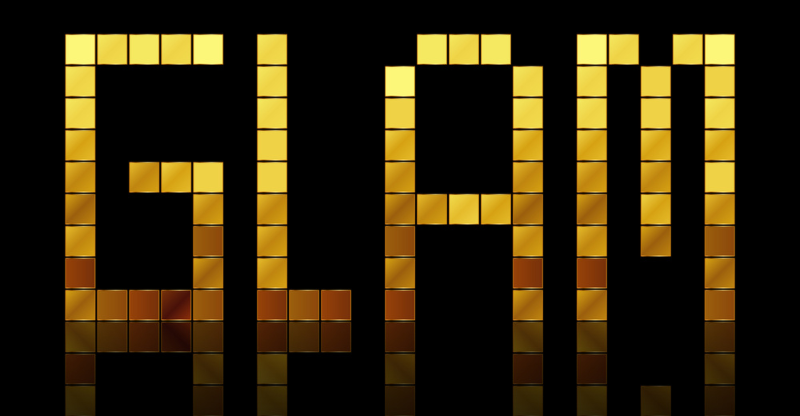 Glam rock is typically known as a genre of rock where its performers wear showy and outrageous clothing, such as glittery material and platform shoes. This rock style originated in the UK in the early 1970s and still has many fans today.

Keep reading to discover some of the best glam rock songs that are sure to dazzle you!

The lyrics here are a bit unusual, but the protagonist seems proud of and happy with a lover. He appreciates her in emotional, mental, and physical ways judging by the lyrics, which show this person as unique compared to others.

It seems that Cyrinda Foxe and Iggy Pop both influenced this track. Foxe starred in Jean Genie jean commercials, while parts of the song refer to Iggy Pop’s behavior and lifestyle. Foxe even appeared in the song’s music video with David Bowie, who is rumored to have written the song to entertain her.

This song was based on a painting that the lead singer of Roxy Music painted in 1964. The song and painting symbolize the many complicated facets of “The American Dream,” both good and bad, and demonstrates how this dream may not be worth pursuing after all.

Related: You won’t want to miss these classic 70s songs.

This unusual piece is about a man who dreams about his latest record not making it, as he is hallucinating in a ballroom-type setting. The song was used in a French movie in 2000 where a group of French girls’ only English words are “Ballroom blitz.”

‘Trash’ was the lead single from New York Dolls’ first album. In the lyrics, a narrator asks the young woman he loves not to throw her life away like trash. The song also explores the band members’ frustrations with life while living in the morally ambiguous culture of 1970s New York City.

A warning from Bowery Boys movies inspired this track and its title. The song was indeed released during the summer and has lived on as a summer vacation anthem for students of all ages. The song was also Alice Cooper’s most successful hit.

Related: This song features on our playlist of the best vacation music.

All the Young Dudes – Mott The Hoople

David Bowie wrote and produced this track for Mott The Hoople; he was a big fan of the group and wanted to help them find success. While many listeners have interpreted the song as being about the state of youth in society, it is really about young people carrying news that is quite a burden.

Many listeners may not know that Andy Warhol inspired this song’s title and first line. David Bowie provided backing vocals for this song and was also one of its producers. It appears to be about having a vicious and hurtful lover: “Oh, baby, you’re so vicious.”

This song is about a woman who enters a room—either at a party or club—and has such an effect on everyone that she is like dynamite. Her name is Dyna, which introduces wordplay into the song, and she encourages everyone to dance and have fun.

Search and Destroy – The Stooges

This song’s title came from an article about The Vietnam War that Iggy Pop saw. The lyrics are full of war and violence references tied to the title. The song has won numerous awards and was listed as one of Rolling Stone’s 500 Greatest Songs of All Time.

Related: Looking for something? Here’s our searching songs playlist.

‘Saturday Night’s Alright’ was Bernie Taupin’s first attempt at writing a rock song with English influence rather than American. It talks about Taupin’s memories of British dance clubs and the fights that occurred there. Numerous notable musicians have covered the song in the decades since its release.

Related: Is it the weekend yet? Enjoy the best songs about Saturday.

‘Devil Gate Drive’ is a symbol of a general place that parents don’t want their kids to go to. In this song, the place is seen as an enjoyable destination that young people are even more enthusiastic about visiting if their parents don’t want them to. This was Suzi Quatro’s second number-one hit in the UK.

Wizzard topped the UK Singles chart for four weeks straight with this piece. The narrator asks everyone to watch his lover dance and says that people line up to do so: “Well, everyone you meet coming down the street just to see my baby jive.”

Clap Your Hands and Stamp Your Feet – Bonnie St. Claire and Unit Gloria

The female protagonist of this song is separated from someone she still has strong feelings for. If this love interest could show her that she is still needed, she would come running in a moment. Other artists have covered the song since its release.

Related: You’ll want to hear our playlist of songs about desire.

David Bowie’s fictional Ziggy Stardust is growing conceited in this track. His bandmates are plotting to harm him, demonstrating to listeners how cruel Ziggy Stardust is due to his inflated ego. David Bowie and his then-wife Angela based the character off the real-life musician Legendary Stardust Cowboy.

Related: Here are some songs about being selfish.

This Town Ain’t Big Enough for Both of Us – Sparks

It’s hard to tell what this song is truly about, but there are themes of anger, romance, and passion throughout. The title is also used in the lyrics, and the cliché stands in stark contrast to the unusual sound and themes of the song.

Here’s a song that makes heavy use of rhymes and wordplay. T. Rex sings as a narrator who wants to be someone’s lover. He also thinks of himself as a modern-minded person, as evidenced by the song’s title and related lyrics.

Iron Virgin encourages listeners to rebel against society’s suffocating rules and unfair ideas in this track, which has simple lyrics that highlight its central theme. The narrator calls for a revolution and asks those tired of following authoritarian rules to make changes in the world.

The protagonist here makes it clear that women in uniform are appealing and find them intimidating and thrilling at the same time. He talks about various women in different uniforms throughout the track as well as his connections to them.

Gary Glitter laments the changes that come with the passage of time and asks listeners to remember the simpler age of rock ‘n’ roll with this song. He talks about the happy memories associated with the early days of rock music and shows listeners that memories can help ground you during times of rapid change.

Related: Rock out to the best rock and roll songs.

All the Way from Memphis – Mott The Hoople

Mott The Hoople sing of the events leading up to the end of their US tour as a band in this track. Numerous adverse events happened at the end of the tour, but ticket sales started climbing out of nowhere. The song shows that good events may be right around the corner, even if you are in true despair.

Related: Get optimistic with the best songs to inspire hope.

Here we have a track that explores the desperation of being dependent on substances to get through life. While the band never found much popularity, this song was of major importance to the record it appeared on and influenced several great artists of the time.