30 Best Nostalgic Songs to Help You Remember the Good Times 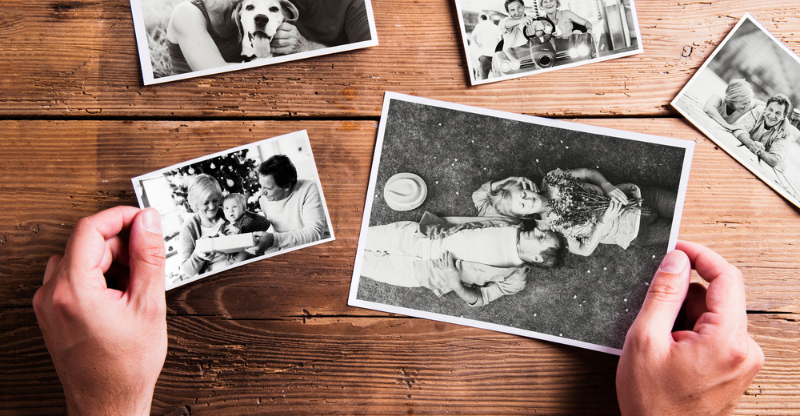 Nostalgia is a funny and sometimes melancholy feeling. We need to remember the good memories from our pasts, but they can also dredge up unpleasant highlights and sad memories of the times and people we miss.

Explore nostalgia from an artistic standpoint with the best nostalgic songs of yesterday and today to help you relive moments you loved.

Most nostalgic songs take you back to your younger days, and this one is no exception. Bryan Adams looks back on a passionate summer of his youth with this classic. The title only appears once in the song; the working title was ‘The Best Days of My Life,’ which is heard in more parts of the track. Co-writer Jim Vallance has said that the song drew influence from other tracks and pop culture moments.

Related: Here are the best songs about good days.

In My Life – The Beatles

This is an autobiographical piece about John Lennon’s life. The lyrics refer to Lennon’s friends, Stu Sutcliffe and Pete Shotton, as well as other loved ones in his life, and highlight the importance that the people we care about hold in our hearts and minds.

Related: Listen to these thoughtful songs that make you think about life.

When We Were Young – Adele and Tobias Jesso Jr.

Adele collaborated with Tobias Jesso Jr. after listening to his song ‘How Could You Babe’ and learning that Jesso was a fan of hers. The song finds the two singers at a party in the future, looking around at all the special people they are finally catching up with after years of being too busy to meet up.

This was originally intended to be about an interracial relationship but was altered when that theme was considered too controversial for radio play at the time. It was turned into a song about being in love with a “brown-eyed girl” instead.

Related: Hear this song on our list of the best songs with the word girl.

Bruce Springsteen wrote this song based on a real-life encounter with an old friend who was a high school sports star. The two reminisced on their youth in real life and in the song. Springsteen sings a very long version of the song when performing it live, often going over 10 minutes.

‘Good Riddance (Time of Your Life)’ was written after Billie Joe Armstrong’s girlfriend moved to Ecuador. The song demonstrates the mixed emotions that can happen when one is hurt after a break-up but also wants to hold on to the good memories.

These Are the Days of Our Lives – Queen

The video for this track was the last filmed performance by Freddie Mercury, as he died the following November. While the song was originally about Roger Taylor’s children and the nostalgia that parenting can bring up, it took on a different meaning after Mercury’s AIDS diagnosis.

This piece was written for a television special titled Elvis, made to showcase Elvis Presley’s talent. The lyrics are about looking back at the memories from one’s past. This was one of several notable tracks that Mac Davis wrote for Presley before launching his own solo singing career.

Macklemore and Kesha reflect on the past in this duet, possibly singing as a romantic couple or friends who share memories: “All the love you won’t forget and all these reckless nights you won’t regret.” Kesha came to work with Macklemore after partnering with his frequent collaborator Ryan Lewis. The song paints nostalgia in a positive light.

Related: Appreciate today with the best songs about the present.

Michael Jackson begs a lover to remember the good times together before leaving him in this piece. The song’s lavish music video, set in Egypt, helped the track to stand out; an extended version of the video was also made. American Idol winner Kris Allen performed the song in 2009, bringing it back into the public eye and impressing the show’s judges.

Related: Find this song on our playlist of 90s R&B songs.

Ed Sheeran explains the heartache that can occur when one is separated from a special someone in this hit track. Sheeran shows listeners that memories are an important part of keeping us connected to loved ones from afar and through bad times.

Related: You’ll hear this song on our playlist of easy songs to sing.

Fans get a peek into Miranda Lambert’s past on this track. Lambert shows listeners the importance of remembering the simpler times of the past to inform current lifestyle choices within the lyrics.

This song finds a young couple falling in love before making mistakes that lead them to feel disenchanted with life. The lyrics are meant to be a tribute to the working class in the rural United States—particularly in John Mellencamp’s hometown of Seymour, Indiana, which had a population of 13,000 when the song was released.

Related: Clap along with the best songs with hand clapping.

In this song, the lyrics encourage listeners to stop worrying, let their hair down, and dance to some of their favorite songs. Nostalgic music is sure to take you back!

Related: Cheer up with our happiness songs playlist.

This track was written to honor Maroon 5 manager and friend Jordan Feldstein, who died unexpectedly in 2017. Maroon 5 frontman Adam Levine wrote the track alongside another industry talent, such as Jon Bellion. The lyrics find Levine reminiscing on memories with someone special while toasting everyone special in life.

Perhaps one of the most iconic songs, this upbeat song was inspired by a protest outside a hotel room. While the significance of the September date was a long-time mystery, it was discovered that it was the due date for Maurice White’s song Kahbran after White’s death.

Related: Appreciate the warm hues of autumn with these fall season songs.

Deana Carter sings about a girl’s first romance in this tune. The song references a wine that is popular with young first-time drinkers. The lyrics use this wine as a metaphor for the sweetness of a young woman’s first love. Matraca Berg and Gary Harrison wrote the song, which is based on Berg’s own youth.

Related: You’ll want to hear the best songs about strawberries.

‘Memories’ looks at life between tours for musicians who are used to sharing special moments with bandmates and fans while living on the road and performing at concerts. It demonstrates the bittersweet emotions that arise when the narrator looks back on happy memories and feels bored with his current life.

Every Mile a Memory – Dierks Bentley

The narrator here is taking a long road trip that is bringing up memories of his ex-girlfriend in his mind. He says it feels like they are still together when he reminisces about the good times they shared. It is unclear why the two have parted ways, which makes the song more interesting from a listener’s perspective.

Related: Pack your bags and listen to the best music for a road trip.

While this song may seem autobiographical about Kanye West’s life, it isn’t. Tarrey Torae helped Kanye West write the family stories in the track based on her own unusual family experiences. The song demonstrates how unusual some people’s childhood memories can be.

Related: These sentimental songs about family might bring a tear to your eye.

The protagonist of ‘Kids’ remembers the good and bad memories of his childhood alongside someone he seems very close to. He seems to miss the feelings of immortality that he and this other party felt when they were children. According to Ryan Tedder, the song was written in Japan and Mexico City.

Related: Here are some sweet songs about your kids.

Hanson and Adam Young, A.K.A. Owl City, reminisce about the memorable days of the 1990s in this piece. The Hanson feature adds a dose of nostalgia for listeners who relate to the 90s memories. The three brothers and Young hit it off and had great fun recording the song.

I Go Back – Kenny Chesney

Here, Kenny Chesney sings songs from his youth that instantly transport him back in time. The tracks he names include ‘Jack & Diane,’ ‘Only the Good Die Young,’ and ‘Keep on Rocking Me Baby.’ Each song seems to remind Chesney of a certain cherished memory from his past.

‘Supercut’ is another name for a highlight reel. Lorde sings of a viral video that runs through her mind concerning her and a past romantic partner. However, she realizes that this highlight reel leaves out the bad times in favor of the best moments shared by the two.

The Way We Were – Barbra Streisand

This song appears in the movie of the same name, which stars Barbra Streisand alongside Robert Redford. The two reflect on fond memories from their shared past in the lyrics. The film and song became very popular, awarding Streisand her first number-one chart-topping hit.

The band reviews a childhood in Hanna, Alberta, here. The lyrics are based on real-life memories of Chad Kroeger from his youth. The song highlights the sadness that comes with realizing all of the people and places that made you who you are may never be a part of your life again.

Related: Dance along to the best graduation party songs.

Thomas Rhett wrote this song on a tour bus; the lyrics are likely about his wife, Lauren. The song finds Rhett remembering even the smallest of details from the night he met the love of his life and letting her know how much he still appreciates her today.

Lady Gaga recorded this track for the 2018 remake of the film A Star is Born, which she starred in alongside Bradley Cooper. The song appears in the film when Gaga’s Ally sings it at the end of a concert. It seems to find Ally reflecting on her relationship with Cooper’s Jackson Maine, and resolving to remember the good times they had together.

Related: This song features on our playlist of A Star is Born songs.

This is about growing up in a cozy small town, particularly from the perspective of a teenager during senior year. It also highlights the bittersweet emotions that arise when you realize that life is about to change and force you to leave behind some of the people and places you care about.

Related: Celebrate a huge milestone with these 18th birthday songs.

Rick Astley remembers the days of his youth in this song, particularly the stories he learned and the music he relished. He points out how these memories shaped him; he still believes what he was told then, especially the more idealistic stories.