The Best Opera Songs of All Time 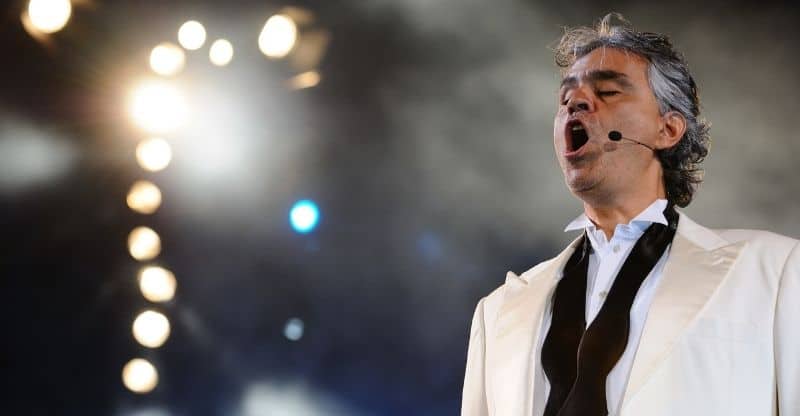 Opera isn’t for everyone, but those who love it, swear by it.

If you’re curious to know which are the undisputed best opera songs (opera arias) of the lot, look no further. Here’s our pick of the bunch.

Our List of the Best Opera Songs of All Time

Even those who aren’t a fan of opera are aware of this classic, given its worldwide popularity.

French composer Georges Bizet tragically died of a heart attack at the age of 36, with his loved opera debut seen largely as a flop at the time.

It was only after his death that his music received the acclaim it deserved, with Claude Debussy adamant at the time that it would go on to become one of the greatest opera songs of all time.

Today, the prelude in Carmen is actually played at the end of every Formula One race as the winners celebrate on the podium.

The Queen of the Night’s Aria – Mozart (The Magic Flute)

Mozart is without doubt one of the most recognisable names in the opera world, and the Queen of the Night’s Aria is up there with his most famous work. Otherwise known as Der Hölle Rache, it is instantly recognisable for its fast-paced and menacing rhythm.

Mozart’s sister-in-law was the first woman to perform the song, with June Anderson singing it more recently in the 1984 period biographical drama Amadeus.

Any soprano worth their salt needs to have O Mio Babbino Caro up their sleeve to perform once in a while. The piece revolves around a family feud, with the translated lyrics of “Oh my beloved father” pulling at the heartstrings of listeners.

Originally from the 1918 opera Gianni Schicchi, with Andre Rieu and Amira wowing audiences with their version this side of the 21st century.

Largely considered as the “Mount Everest” for tenors, Pour mon âme (otherwise known as La fille du regiment or The Daughter of the Regiment) is an opera comique from 1840 by Gaetano Donizetti, comprising of two acts.

Given that Luciano Pavarotti is said to have shot to fame through a performance of this piece, it is well worthy of a place on this list.

That man Mozart features again, this time with Deh vieni, non tardar featuring in the Marriage of Figaro comic opera.

The meaning behind this particular piece of music is telling, with servants Figaro (Figaro, Figaro) and Susanna successfully defying their employer Count Almaviva in marrying one another. This scene sees Susanna teasing Figaro with her rendition as he hides behind a bush in rage thinking that the song is for the Count.

Now for some festivities, with Che gelida manina set in Paris on Christmas Eve. The song title is translated to “What a frozen little hand”, a clear nod to the conditions of the winter months, and revolves around a neighbour visiting her struggling poet’s home to light her candle, only for him to hide her keys to spend more time together.

We promise, it is more romantic than it sounds, and won the Operatic Recording of the Year award with Mario Lanza’s version in 1949

To summarise, the scene involves a self-centered lead who strongly rejects the loving advances of a young woman as well an ill-timed fatal duel with his closest ally.

Dido’s Lament is played each year in London by the Guards Division bands in honour of Remembrance Sunday. It is a beautiful piece, and was actually re-recorded in 2021, 332 years after it was initially written, by the incredible Annie Lennox.

The Eurythmics lead released her version in a bid to raise awareness of the current global climate crisis, and does Henry Purcell justice and so much more.

Eduardo di Capua’s O Sole Mio’s popularity has never waned in the 120 plus years since its initial recording, with modern stars such as Elvis Presley and Bryan Adams recording their own versions.

For us, the live performances of Pavarotti, the Three Tenors and Placido Domingo take some beating. O Sole Mio translates simply and beautifully to “My sunshine”, and is often performed in both its original Neapolitan language or in English.

Don’t think you’re familiar with Gioachino Rossini’s Largo al factotum from The Barber of Seville? Think again. A quick search of this classic and you will immediately recognise those bouncing notes, even if you don’t know the words.

In fact, being able to successfully master the lyrics to this piece is incredibly difficult, given the pace it is performed at and the Italian phrases that come at you thick and fast. You’ll certainly have some fun trying though.

There is no let up in famous pieces in this list, with the soprano prayer Casta Diva in the opening act of Norma well-known to any opera enthusiast.

Perhaps the most famous opera star of all time, Marias Callas, penned this piece as her signature tune, and she performed it worldwide in the 1950s and 60s.

Few opera songs, no matter how brilliant, manage to make the leap into popular culture. However, in 1990, with the help of the Italia 90 World Cup title sequence, Nessun Dorma did just that.

Pavarotti’s 1972 recording was chosen for the tournament, with producer Philip Bernie fixating on the use of the word “vincero”, translating to “I will win”. Quite fitting given the subject matter of that particular competition.

The Three Tenors would continue to increase the popularity of a song that originally featured in the 1926 opera Turandot.

Directly translated to “Women are fickle”, we will tread carefully with this one. In reality, La donne è mobile is meant as a tongue in cheek piece from Verdi’s Rigoletto.

Tenors worldwide often have this piece in their repertoire, and it isn’t difficult to see why. The music has since been used in television adverts, football chants and video games.

It is another opera song that has successfully converted into popular culture, with Sammy Kaye’s version reaching the American Top 40 in the 1950s. More recently, Della Reese reached number two on the US Billboard Hot 100 with “Don’t You Know” sampling the original music

There’s a theme developing here, with Mozart popping up regularly. He is one of the most famous names in opera after all, so his repeated inclusion is understandable.

Performed in the second act of his comedy opera “The Marriage of Figaro”, the aria singing is supposed to project an intense feeling of love.

The song was first performed at the Burgtheater in Vienna in May 1786.

Without question one of the most performed opera songs of all time, most people of a certain age will have heard this piece at one time or another.

The song revolves around a young man trying to show his love for a female and his friends convince him to show off his singing talents.

He eventually agrees to a drinking song which the hostess, Violetta joins him in. It’s all very happy, we love it.

Did you know that Flower Duet achieved over 1,000 interpretations before the start of the second World War? It is arguably the most popular female opera song of all time, and features brilliantly in Quentin Tarantino’s 1993 hit True Romance as well as The Simpsons.

Popular Welsh opera singer Charlotte Church has even covered it in recent years.

Giacomo Puccini really takes listeners on an emotional rollercoaster with the 1800 Vissi d’arte. It was written to describe the story of love, revenge, cruelty and death that was rife in Rome at the time of the Napoleonic wars.

Floria Tosca performs beautifully as she questions why God has seemingly abandoned her.

We make no apology for yet another Mozart inclusion, with Non mi dir being commissioned for the city of Prague as a direct result of the success of the previously mentioned Marriage of Figaro. Based on the story of Don Juan, it debuted in 1787

Back into the 20th century now with Un bel di vedremo from Puccini’s Madame Butterfly. Translated into “One fine day we’ll see”, the song revolves around Cio-Cio San (Butterfly) imagining the return of Pinkerton, whom she is in love with.

In 1984, Malcolm McClaren adapted the aria for his Madame Butterfly single, reaching No.13 in the UK charts.

It was originally deemed as a commercial flop, only lasting five performances in London, but was rediscovered in the 19th century and went on to become one of Handel’s most famous pieces.
It has appeared on the radio and as an electronic mix in the 1983 film The Makioka Sisters.

With the vast majority of opera songs surrounding love and romance, it is amazing that it has taken until now for Romeo and Juliet to feature, but it is worth the wait.

Je Veux Vivre is in fact Juliette’s first aria from the opera, with the lead character performing in response to her nurse insisting that she marries Paris.

Little does Juliette know how soon her heart will change, with Romeo just around the corner.

Premiering back in 1607, this is actually considered to be the first major opera in history. Originating from antient Greek mythology, it tells the story of Orpheus trying to rescue his beloved Eurydice.

His music is said to be so powerful that it holds the ability to change the attitude of the gods, which is more than can be said for some modern artists.

Used in films such as Apocalypse Now, Casper and What’s Opera, Doc, Ride of the Valkyries easily transcends across fans of all genres of music.

Often shortened to “Ride”, Richard Wagner’s piece is often heard as purely an instrumental version, and will go down as one of his most famous opera songs.

The Mad Scene is credited with providing a breakthrough for Dame Joan Sutherland and is known for being technically very difficult to master.

Sopranos including Lily Pons, Ruth Welting, Mady Mesple and Mariella Devia have all attempted the Mad Scene in F Major, although it is more commonly performed in E-flat.

This piece is bravely all about a complaint about Fortuna, the unavoidable fate that rules not only mortal, but also gods in Greek and Roman mythology.

First staged by the Frankfurt Opera in June 1937, it builds in a crescendo from whispers into drums and horn notes.

Finishing up with a modern classic with Andrea Bocelli’s 1999 hit Canto della Terra. Although a relatively new song, it has been covered X Factor winner Joe McElderry and Cheryl Baker of Bucks Fizz.

Bocelli himself released a duet version in 2008 with Sarah Brighgtman that would go on to feature on her Symphony album.