25 Best Pump Up Songs for Sports 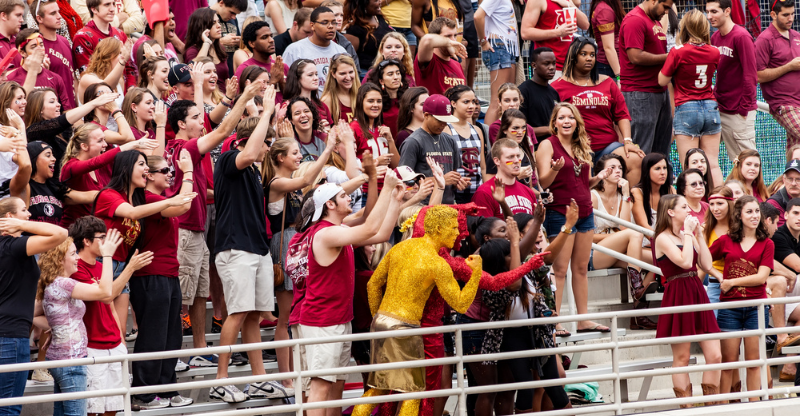 Music has a tremendous power to get you pumped up (or ‘hyped’) before, during, or after a big game! Here’s a playlist of some of the best pump up songs ever recorded to make you feel like today is your day.

With the Tarantino guitar riff from the hit movie Pulp Fiction (it’s from Dick Dale’s ‘Miserlou’ if you must know) ‘Pump It’ will get you nicely hyped for the game.

Till I Collapse – Eminem

Eminem has a knack for writing adrenaline-fueled motivational songs, probably because he’s had to overcome his fair share of adversity. ‘Till I Collapse’ is right up there with his best.

If you were a kid in the ’80s, this is the song that probably first springs to mind when you think of ‘motivational songs.’ It first appeared in the movie Rocky III soundtrack. Just hearing it evokes pictures of Stallone shadow-boxing and lifting some random farmyard machinery (or was that Rocky IV…probably all of them).

I Believe That We Will Win – Pitbull

Do you need a pump-up song? Then look no further than ‘I Believe That We Will Win.’ It does a great job of getting you into a winning mindset.

No list of pump up songs is complete without ‘Thunderstruck’ by AC/DC. This song describes feeling so wired that it seems as if you’ve been struck by thunder. It was inspired by a guitar trick that led to the song’s base rhythm.

Related: This thunder song also features on our playlist of thunder-inspired songs.

This classic pump up song describes being so confident that you feel powerful enough to fight off a seven nation army. Jack White came up with the title from his childhood, when he thought that Salvation Army was called Seven Nation Army. It’s a regular at sporting events.

Related: This stonker of a tune also appears on our playlist of songs that have good bass.

This rap piece is about achieving the things you want out of life and being a strong, successful person. It was recorded for a documentary about basketball great LeBron James, so sports fans might know it.

Related: This one also features on our best basketball songs list.

This is based on Daft Punk’s hit ‘Harder, Better, Faster, Stronger,’ with a similar message about finding strength by overcoming adversity. Kanye West discusses the history of his musical career in its lyrics.

Any bonafide list of pump-me-up songs simply has to include this one by Neil Diamond. It has graced many of the major sporting events around the world, and people never seem to tire!

Related: See our playlist of the world’s most famous sing-along songs.

Sofi Tukker and Betta Lemme seem to be singing about a fleeting moment in time where brief success was found but not fully appreciated. Lemme is a friend of Sofi Tukker’s band members.

The Black Keys explore the loneliness and conflict that occurs when you’re in love with someone that you perceive as being beneath you and not someone you should really be with. The track started with a riff and was built up from there.

Related: This track also appears on our playlist of feel good music.

Can I Get It – Adele

This fun track explores the feelings that arise when you realize you’re ready to date again after heartbreak. It also explores what it feels like to want a serious romantic relationship in a casual modern dating culture.

Woodkid seems to be singing of the time when one starts to grow up and wants to run away from childhood connections, such as parent-child relationships. It also touches on the loneliness that comes with not fitting in and being misunderstood by society.

Here’s a song about taking advantage of the present moment and living it to its fullest. It’s one of Van Halen’s more famous and popular tracks.

Christina Aguilera explores how heartbreaking relationships with those who were supposed to love you can make you stronger in the long run. It was one of Aguilera’s more serious pieces released after a string of more chart-friendly, lighter hits.

Hall Of Fame – The Script and will.i.am

‘Hall Of Fame’ encourages listeners to go after their dreams and become the greatest people they can be. It was the first Number One hit for The Script in the UK.

Related: Go to our playlist of songs about determination.

We Will Rock You – Queen

Of course, we have to include Queen’s anthemic ‘We Will Rock You’ in this list. A song designed to get large crowds animated (Freddie Mercury’s delivery helped with that too), fans have been stomping their feet and clapping their hands to it for years.

This was based on a controversial novel about the grittiness of urban life called Last Exit to Brooklyn. The book was written by Hubert Selby, Jr. in 1964.

Related: See our playlist of songs about New York.

Vocalist Matt Bellamy stands up to a bully in this piece. This 2021 release was the first new song from Muse in four years.

Madonna and Justin Timberlake sing of saving the world in this dramatic piece. The title refers to the song’s length, four minutes, but also hints at the four-minute warning of a nuclear attack. It was Madonna’s 37th Top Ten hit in the US.

Related: See more classic songs with numbers in them.

Lizzo encourages body confidence in this track that explores her past struggles with her self-image. It’s a funk-pop piece with retro influences.

This track from Little Simz explores some heavy topics, including social injustice and religion. Its powerful drumline and brass instrumental add to its theatrical vibe and serious feel.

Do you love the dance floor? Then here’s a hit about dancing and partying with such enthusiasm that it feels as if you can burst through the ceiling. It was used for Miller Genuine Draft’s international advertising campaign in the summer of 2012.

Never Give Up – Sia

As its title suggests, this Sia track is about how you can’t give up, even when life throws one too many challenges your way. It’s the theme song for the 2016 film Lion and includes Indian influences.

Alicia Keys sings of her love for her son in this track. It demonstrates that love does not have limits. It perhaps not the most common hype songs for sports, but it’s pretty good anyway.