14 Best Sing-Along Songs that People Will Know and Love 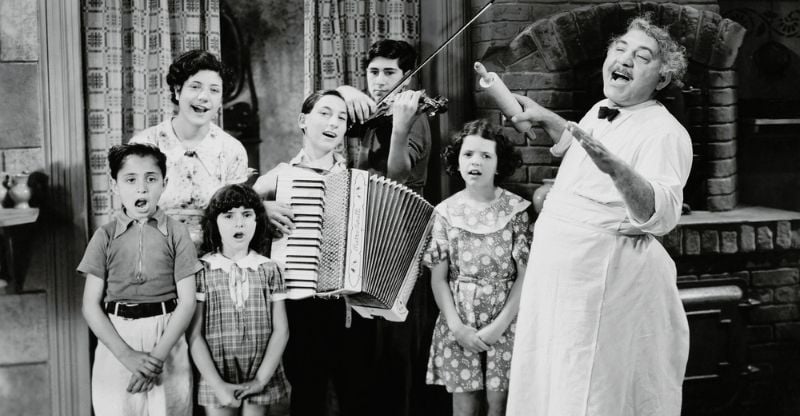 We all love a good old sing-along. Ok, maybe not everyone.

Whether it’s by the campfire, on the football terraces, during a roadtrip, or at a karaoke bar, most of us like belting out a song en masse – there’s almost something tribal about it!

Being able to sing isn’t the point. It’s the joining in that matters.

So, without further ado, here are the best sing-along songs to rouse the crowd into song. Come on, you know you want to.

Try to count how many times you have heard, “Sweet Caroline, bum-bum-bum!” Neil Diamond delivered a classic that everyone seems to love to sing along to. The song is a love song to a woman the singer loves. The time they spend together is so wonderful that all of Neil’s worries and pain seem to go away when he’s with her. It’s a kind of love that everyone would consider themselves lucky to have.

Related: we feature this song on our list of songs about returning home.

Most people probably only know the chorus to this song (such is the case with most popular songs). The chorus alone makes you think that the Hotel California is the place to be, but the verses between the choruses will make you think otherwise. The song talks about girls who own a lot of nice things and are living it up. But, the song is really about the excessive materialism that stains the “American Dream.” Everyone wants to get rich and live an easy life, but having too much of a good thing becomes pointless and will leave you unhappy.

Related: we included this on our list of great road trip songs.

From the heartfelt “mamaaaaa” to the ferocious headbanging, this song is a lot of fun to sing along to. Not much thought is put into the lyrics when you’re singing them, but a closer look will have you wondering what on earth it’s talking about. Nobody knows for sure—Freddie Mercury wrote the lyrics, and they were so personal to him that the rest of Queen agreed never to let the real meaning out. Some think it could be about his family being forced out of Zanzibar, while others suspect it’s about his bisexuality.

Related: if you’re feeling brave at your next karaoke bash, try this one. Check out our karaoke classics list.

This song came to be thanks to keyboardist Jonathan Cain’s father. Cain was on the brink of giving up his dream of being in a band, but his father told him over the phone, ‘Don’t Stop Believin’.” Once he joined Journey, he used those words to create a chorus, and the rest of the band helped create the rest of the song. The song describes different dreamers who hope to achieve everything they want in life. “Some will win, some will lose,” but you have to keep pushing for what you want in life.

Related: we feature this on our list of songs about never giving up.

Paul McCartney wrote this for John Lennon’s son, Julian, when John was divorcing his then-wife, Cynthia. Paul felt bad for Julian for being the child of divorced parents, so he wanted to write him a song that would help cheer him up. “Take a sad song and make it better” was meant to encourage him to make the most out of a bad situation. The song can serve as encouragement for anyone who needs it, and is an excellent reminder that you can always find hope in a challenging situation.

Related: see songs for little ones.

Livin’ On A Prayer – Bon Jovi

‘Livin’ On A Prayer’ is a hopeful song about two lovers working hard to make it work out for them. They have to work hard to make ends meet, and they each have their doubts about everything working out. But, they’re able to encourage each other to keep going and stay hopeful, and even if it doesn’t work out, they at least have each other. The song is very “singable” and lends itself well to belting out the chorus, making it a road trip favorite.

Related: see songs about being stony-broke.

This song talks about surviving a breakup and becoming a stronger person in the end. Gloria Gaynor sings of heartbreak that led her to spend many nights crying, but she eventually found her strength and became confident enough to tell her ex-lover to leave when he showed up at her house. Although it’s a song about breakups, the song often encourages people to get through any part of life that’s giving them trouble.

Lean on Me – Bill Withers

Sometimes we aren’t ok, and that’s ok! This song is all about being there for a friend when they’re down. The song urges you to stop being prideful when you need something because everyone has problems from time to time, so we should be there to help each other out. It’s a great song to sing with your friends and family or anyone else you want to know that you’ll be there for them when you need them.

Related: we include this on our songs of hope list.

‘Love Shack’ is all about getting together with your friends (or lovers) and having a good time. The B-52s aren’t singing about a specific place—they’re singing about any place people gather to have fun and not worry about being judged by others. It’s entirely open for interpretation. A club, your backyard, or an actual shack in the middle of nowhere can be your love shack. It’s a fun party song to dance to and sing with all your friends.

Related: see our playlist of songs with love in the title.

It’s unclear who or what this song is about. It’s supposedly either about lead singer Noel Gallagher’s ex Meg Mathews, who he later married and divorced, or about an imaginary friend who can save you from yourself. This song was Oasis’ key to popularity in the US and was a massive hit in the UK, so much so that in 2016, the listeners of Radio X voted it as the greatest British song of all time. You may say that’s up for debate, but it’s a fun song to sing along with regardless.

We Are The Champions – Queen

Perhaps you’ve sung this song with teammates to hype up before a competition or after a victory to feel smug and victorious. Freddie Mercury wanted a song that crowds could participate in, so this song was truly meant for singing along! It’s frequently used at sports events to celebrate winning, and it can certainly serve as a confidence boost while you sing in the mirror before an interview. This song is often played with Queen’s ‘We Will Rock You’ since they both have the confident victory vibe going on.

Maybe you’re not young and sweet, or seventeen, but anyone can be the ‘Dancing Queen’ if you’re into the music! This song is about a girl who dances the night away and impresses everyone while she does it. When the music is good enough, you can dance your cares away and enjoy the moment, and that’s what this song is trying to inspire. You’ll probably find yourself singing along with this classic while you dance.

Related: this track also appears on our list of Friday night songs (“Friday night and the lights are low…”)

Dolly Parton originally sang this song, but Whitney Houston brought this song back in the early 1990s, and it’s still the more popular version to this day. It’s a sad song because it’s about leaving a relationship you don’t want to leave because you know it’s not good for them. It’s the kind of situation where it would be selfish of you to stay, so moving on for their sake is a selfless act. So grab your imaginary microphone and belt out the long vowels. It’s a great one for when you’re feeling down.

Related: see our list of songs about breaking up with someone you still love.