Check Price on AmazonThis entry level Strat from Fender's budget arm (Squier) is their one of their better budget models. With a rosewood fingerboard and alder body, its lightweight and sounds pretty good. Great for beginners. 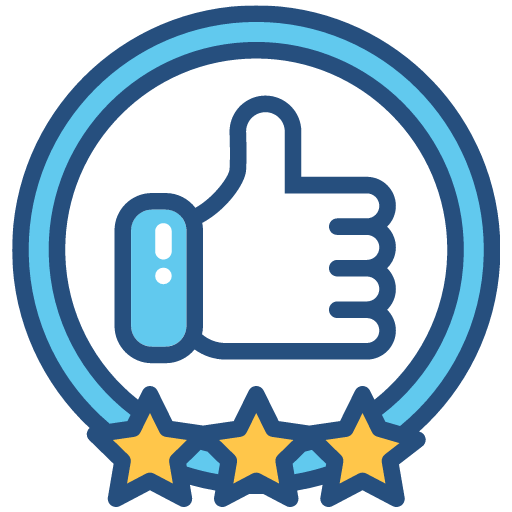 With its iconic double-horned shape and contoured body, the Stratocaster – or rather the ‘Strat’ as its commonly known – is the most iconic of all electric guitars.

If you’re looking to buy one, you’re in the right place.

In this article, we walk you through the key things you need to consider, and we recommend our favorites at various price points.

At a Glance – Our Pick of the Best Stratocasters Available Today

What is a Stratocaster?

The Stratocaster was built by guitar maker Leo Fender in 1954.

Its phenomenal success is largely down to how it manages to combine these three things:

Countless famous guitarists have played the Strat, including Eric Clapton, David Gilmour, George Harrison, Jeff Beck and of course Jimi Hendrix, who according to Fender salesman Dale Hyatt, “caused more Stratocasters to be sold than all the Fender salesmen put together.”

The great thing about these guitars is there is one available at every price point. You can spend thousands of dollars on an American Original (see below), or just a few hundred on a Squire and you’ll still end up with something that looks, feels and plays like a Strat.

We can draw a parallel with Gibson Les Pauls. You’ll pay into the thousands for an original Gibson LP, but there are tons of Les Paul Copies on the market that play much like the original.

The only difference is they’re made in parts of the world where labor is cheaper and constructed with budget materials.

If you buy a cheap one will you regret it in the future? Perhaps, but remember any guitar however cheap can be modified by switching out things like the pickups and the pots which will have a seismic impact on the sound. So it’s not the end of the world, you can always change it up at a later date.

Don’t think for a minute that the made in US models are the only ones worth considering. It simply isn’t true.

As we’ll see, there are some great ones that come out of Mexico and the far east.

How do you know where they’re made? On the headstock, you’ll see an abbreviation:

If you’re buying one second hand, use our fender serial number lookup tool to work out its origins.

American made, this is a real beauty. It’s an entry-level made in the USA model, so it’s not as pricey as some, but you get stacks of value which will hold it’s price nicely if you look after it.

The Squier Affinity Series one of Fender’s cheapest guitar (after the Bullet) and for the price, is pretty good.

Manufactured in Indonesia, it has a rosewood fingerboard and alder body. But a word of caution: the body is not full thickness, which could be an issue if you want to make modifications in the future.

As for electronics, it ships with three single-coil pickups and the 5-way toggle switch as standard –  the good thing is the in-between positions (neck and middle/middle and bridge) and both hum-canceling which is sheer bliss for players familiar with the hum in these positions.

As for hardware, it has stock standard tuning machines with a 6 screw vintage tremolo system.

It’s incredibly light for its price, reminiscent of Custom Shop Strats that sell for lots more. It also has the larger headstock and a great looking finish.

For its price, this one is a great choice for beginners to learn and grow into, and even modify later down the track (e.g. add a better set of Strat pickups, upgrade the selection switch, etc).

If you want to push the boat out and get the best new Stratocaster money can buy, look no further than the American Original 60s Strat, a guitar that simply oozes class!

Pure vintage ’65 single-coil Stratocaster pickups and the Nitrocellulose finish lets the body breathe with its true tonal character. Jimi Hendrix famously loved 60s Strats, so if you’re a fan of his (who isn’t?) then another good reason to get one of these.

The body also ages and wears in a distinctively personal way. The guitar ages with you. What better heirloom to give your kids than your well-worn (and well-loved) Strat? 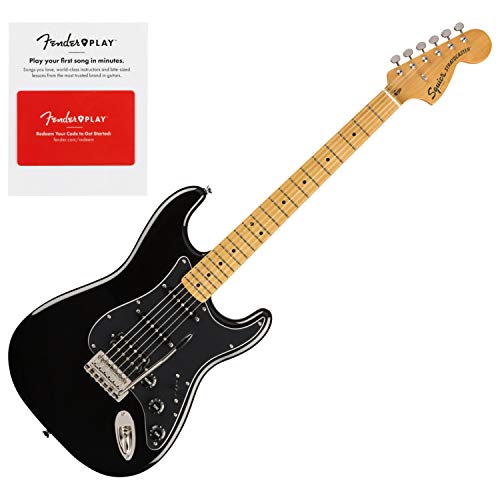 The Squier Classic Vibe is another budget guitar but gives you slightly superior features than the Affinity.

For a start, it fashions the large-headstock style from the 1970s which looks pretty cool. Sure, it says ‘Squier’ rather than ‘Fender’, but it’s nicely done.

This model ships with Fender-designed alnico pickups, and a vintage-style tremolo bridge for some whammy bar action. All the hardware is nickel-plated too, which is a nice touch.

A 9.5″ C-shaped neck profile makes it super comfortable to play, ideal if you play with the thumb on the back or side of the neck.

This is ideal for the beginner to intermediate player who has a few more dollars to spend. The body has the classic Fender auto-body paint look, and the vintage-tint gloss neck finish is nice too. If you can’t afford an American or MIM made strat, this will do very nicely.

Let’s look at slightly pricier models. First up, we have what is known as a ‘MIM’ Stratocaster, ‘MIM’ standing for ‘Made in Mexico.’ In Strat circles the debate between MIM vs. American made Strats is never-ending.

So, Which Should I Choose?

So there you have it, folks. The Strat is an excellent guitar; design icon, cultural relic, baby boomer still kicking it with the young people – it’s the ultimate guitar. It’s almost a crime for any self-respecting guitarist not to own one of these.

The good thing is, there’s a Strat for every price point. Even the cheaper models like the Affinity still pack a lot of punch for the price.

We all aspire to have one of the high-end ones – if you’re not in a position to fork out that kind of money yet, be patient, you’ll get there. If you have the spare money, what are you waiting for?!

How Many Frets on a Guitar? The Answer Won’t Surprise You

Guitar Scale Length – What it is, How to Measure it, and Why it Matters


As an Amazon Associate I earn from qualifying purchases.
0shares