17 Best Taylor Swift Songs of Her Career So Far 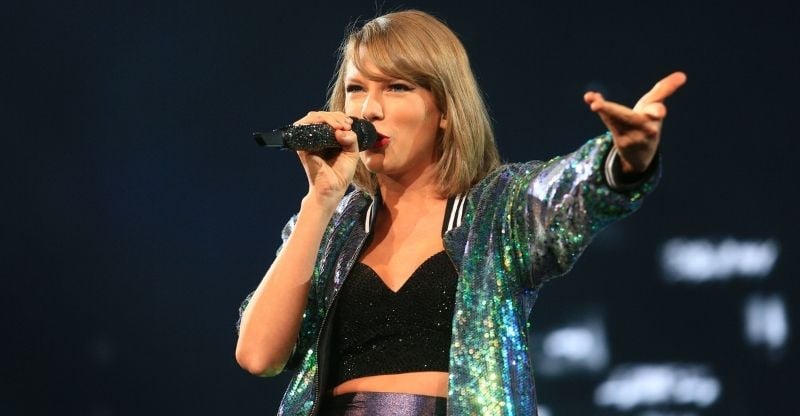 Taylor Swift is one of the most popular and successful modern singer-songwriters who has managed to experiment with and evolve her musical style in a relatively short amount of time.

So here’s our list of the best Taylor Swift songs of her career to date. Enjoy!

‘Blank Space’ has been said to reflect Swift’s understanding of the media’s portrayal of her love life and her reputation as a heartbreaker. It’s also about the dramas that immature men bring into romantic relationships at times, and Swift’s experiences with these types of guys.

This is one of Swift’s more hopeful tracks, highlighting the happy, long-standing relationship between herself and British actor Joe Alwyn. The two started dating in 2017, inspiring several future tracks by the singer-songwriter. This is a track penned entirely by Swift with no co-writers, according to its official credits.

Swift addresses her critics in the media and society with this track. It also shows listeners that you can be yourself, have fun with life and be proud of who you are, even when others are trying to bring you down or are gossiping about you behind your back.

Related: a cover of this track features on our songs from Sing the movie playlist.

This track is about unconditional romantic love that’s not perfect, but works anyway. Swift sings of a lover that she would stay with even if they had to wear paper rings, because their bond is strong and not based on superficial feelings. It’s one of Swift’s more uplifting songs that appears on her album Lover.

Swift wrote this track after meeting Owl City’s Adam Young and feeling infatuated with him. It’s a song that’s also about regretting not taking advantage of a chance encounter where romance may have blossomed. This regret and uncertainty are highlighted when Swift sings, “I’ll spend forever/Wondering if you knew/I was enchanted to meet you.”

‘Exile’ has Swift and Bon Iver singing as ex-lovers who run into each other and have a disagreement about their breakup, realizing how far apart their personalities and ideas are. The two artists recorded their vocals in separate locations, making the song’s title and theme all the more fitting.

This duet with Zayn Malik was recorded for the film Fifty Shades Darker. It highlights Ana and Christian’s love/hate relationship and desire for one another in the film, showing their perspectives to the audience. It has been certified platinum and multi-platinum in numerous countries across the world.

‘All Too Well’ may be one of Swift’s most popular and dramatic tracks. It has said to have been written about the painful breakup of a three-month relationship with actor Jake Gyllenhaal. The 10-minute version released as part of Red (Taylor Version) became the longest song to ever chart, hitting Number One on the Hot 100 after its release.

This track was inspired by an argument a young Swift had with her parents over a guy who turned out to be a jerk in the end. That guy has been rumored to be pop star Joe Jonas, but this rumor has never been confirmed. The song tells a story about conflict in love with a Romeo and Juliet style theme.

I Knew You Were Trouble

Swift tells of the all-too-relatable feeling of pursuing a romantic relationship despite seeing red flags after meeting a certain someone in this hit track. The singer-songwriter accidentally experimented with EDM sound after including dubstep music in this track. She wanted the song to sound as chaotic as the emotions that provoked it felt.

We Are Never Ever Getting Back Together

This song is rumored to be about Swift’s three-month relationship with and breakup from Jake Gyllenhaal. It’s about finally letting go of a relationship that’s been on-and-off for too long. It went on to become Swift’s first Number One hit song on the Hot 100 chart. Swift has said that the song was written in only 25 minutes.

Related: this appears on our playlist about ex-lovers.

Everything Has Changed ft. Ed Sheeran

Everything Has Changed’ is a duet that shows how a new love can change a person’s perspective on every part of life, especially the shift that forces you to think about two people instead of one. It marked the first duet between Swift and fellow singer-songwriter Ed Sheeran.

Related: this appears on our songs about change playlist.

You Belong With Me

This is one of many tracks that Swift wrote with co-writer Liz Rose. It tells a story from the perspective of a young woman who has feelings for a guy whose current girlfriend doesn’t appreciate him like she would. The song’s music video was shot at the high school that Swift’s brother attended.

Related: this track also features on our list of songs about unrequited love.

Look What You Made Me Do

Here’s one of Swift’s darker tracks, her lead single from the album Reputation. It’s possible that Swift is singing of seeking revenge against Kim Kardashian, Kanye West and Katy Perry, although the specific adveraries she’s addressing in the track have never been confirmed. It’s hook interpolated the pattern of Right Said Fred’s ‘I’m Too Sexy.’

Swift moved into a more realistic outlook on love with this track, highlighting her mental shift away from assuming each relationship will end in marriage and lifelong love. Her wild dreams with a love interest in the track are described in a discreet way. Duomo recorded an orchestral cover of this track in 2018.

Swift wrote this song in response to her critics in the media, but it also sends a message to bullies and other generally mean people that their cruelty will not pay off in the end. Swift also refers to her critics in society, singing that they are “Drunk and talking about how I…can’t…sing.”

Here’s a track that caused quite a stir after its release. Many believe that the track was written about Katy Perry, which has never been confirmed. Swift has stated that it was indeed inspired by a fellow female artist who apparently tried to sabotage one of her arena tours.