31 Best Throwback Songs to Help You Relive Your Past 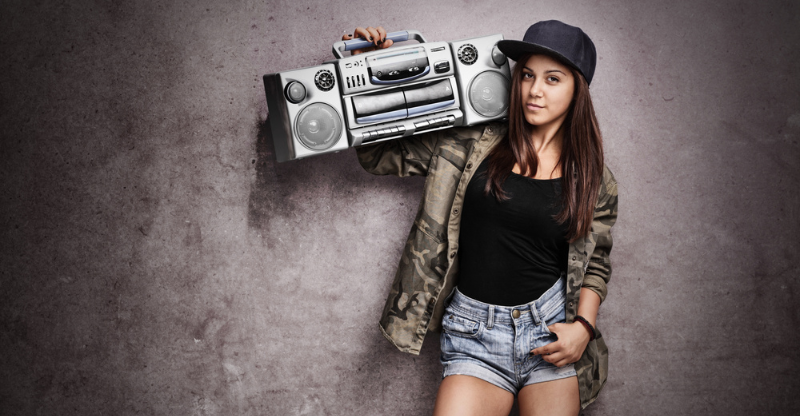 A throwback song is any track that serves to remind the listener of the past.

While most of these songs originated in the 1990s or early 2000s, a throwback track could be from any era. The definition of a “throwback” can even change over time, but it usually relates to a nostalgic type of music.

Want to delve into this interesting musical concept? Here are some of the best throwback songs that will remind you of the good times!

Killing Me Softly With His Song – The Fugees

This song has been covered numerous times since Lori Lieberman first sang it in 1972. The songwriters behind the track were inspired by a poem Lieberman wrote about a Don McLean performance that left her feeling mesmerized. Roberta Flack and The Fugees both recorded successful covers of the piece.

Related: See our list of other hit 90s songs.

The protagonist here hopes for a passionate night with the woman he’s interested in. He can’t relax or think about anything else because he wants to be with her. The fake ending at 2:30 in the song is the only significant change that INXS made to the song after recording its demo.

Related: Hear this classic on our list of the top 80s songs.

We Built This City – Starship

In this hit song, Starship imagines a future where a corporation is trying to ban rock and roll music (sounds a bit Orwellian). The song’s final version sounds less like rebels standing up against the corporate world and more like a celebration of rock music in general.

This track takes listeners through London’s West End club scene. It’s about bonding with love interests and escaping day-to-day life at night. The song became a top hit in the United Kingdom and the United States a year after the original version was released. ‘West End Girls’ was originally conceived as rap but was turned into a spoken verse piece instead.

Related: Check out the best songs about London.

‘Ain’t Nobody’ was the last song that charted for Rufus & Chaka Khan before Khan left the group to pursue a solo career. The song finds her singing about a man so great that he compares to no other lover.

This song inspires listeners with its themes of new beginnings and hopefulness. It was Gerry Rafferty’s first release after the rough breakup of his band, Stealers Wheel. The song talks about Rafferty’s relief after the legal battles that accompanied the less-than-amicable end of the group.

This cover of the Monkees’ hit was originally written by Neil Diamond. It’s about a man who didn’t believe in love until he met the woman of his dreams. Smash Mouth’s version was featured in the animated film Shrek in 2001 and became a huge hit for the band that is still celebrated today.

Britney Spears became one of the first internet-era pop stars with this track from her debut album, which frequent hitmaker Max Martin wrote. Spears asks the guy she loves to come back to her after a breakup. Martin thought “hit” meant to make a phone call in the United States, creating a somewhat confusing lyric in the US.

Related: Rule karaoke night with these 90s sing along songs.

The woman in this track is living through her past youth. She has given up on her dreams and is living through the 1980s culture of her teenage years. SR-71 released the original shortly before Bowling For Soup recorded the track, but it was decided that the sound was perfect for the latter group.

Vanilla Ice rocks a party with his unique ways in this track. In the lyrics, he avoids a brush with the law, but his friends aren’t so lucky. The song samples Queen’s ‘Under Pressure’ from 1980. Vanilla Ice was involved in several legal battles over the song, none of which stopped it from hitting number one on the charts in the United States.

Related: Find this song on our list of songs with baby in the title.

This track takes a critical eye to politicians on the campaign trail, though it’s Chumbawamba’s least political track as an anti-UK government band. ‘Tubthumping’ became the group’s only Top 40 hit in the United States.

Related: Enjoy a night out with the best bar songs.

Hanson sings of the passage of time and the losses that occur with it in this hit. The song points out that it is important to hold on to the people and relationships that matter, as they outlast other aspects of life. Hanson paved the way for young artists by writing the lyrics to this track all by themselves.

Related: Take a moment to listen to our playlist of time songs.

In this classic, MC Hammer sings to the tune of ‘Super Freak’ by Rick James, which celebrates a “beat you can’t touch.” While the song was involved in some legal drama—as is the case with many tracks featuring samples—it did win two Grammy Awards in 1990. ‘U Can’t Touch This’ became MC Hammer’s only number one hit on the R&B Chart in the US.

Related: Have some fun with these great songs to dance to.

This song tells of the struggles of youth in the 1990s. It also explores what can happen if one chases their dreams without thinking about the consequences that could accompany them. Stooshe’s cover hit the UK Singles chart in 2012, while TLC’s original won an MTV Music Video award for its music video.

It took six songwriters and three music producers six years to create this 1998 hit for Cher. The song, which ponders the possibility of living a good life after heartbreak, was one of the first to use Auto-Tune, which didn’t exist until 1997. In any case, it was one of the first songs that audiences knew included corrected vocals. ‘Believe’ became a huge hit in both the US and the UK.

Don’t Get Me Wrong – The Pretenders

This song shows how complicated romantic love can be from a woman’s perspective. The protagonist warns her lover that her moods and feelings change quickly, making her an unpredictable lover. It was one of the last hits for The Pretenders in the United States.

What’s Love Got to Do With It? – Tina Turner

In this piece, Tina Turner lets her lover know that their passion isn’t related to love. Turner didn’t like the track’s anti-love theme, but it ended up being a huge hit for the singer, which revived her career. The song won three Grammy Awards in 1985.

Related: Have you listened to all these songs that ask a question?

Here’s a song whose narrator tries to convince a love interest to take a chance on love with him before he leaves for good. The fantasy-fueled music video for the song helped it become a hit in the United States. A-ha became the first Norwegian band with a number one hit in the US with ‘Take on Me.’

Related: Take on these 80s songs for karaoke.

This song is about substance addictions and love, though the interpretation is largely up to the listener. The song became one of The Stranglers’ biggest hit tracks and a fan favorite. Part of the music is influenced by 1960s songs, as evidenced by its harpsichord riffs and unique time signature.

Related: Find encouragement with these songs about recovery from addiction.

Biz Markie cluelessly pursues a relationship with a woman who turns out to be trouble in this classic rap track. The song is an example of an era where many rap songs had a touch of self-deprecating humor. It’s based on the 1968 song ‘(You) Got What I Need.’

Related: In love with someone you can’t have? Check out these forbidden love songs.

This is a unique sci-fi track about an alien who doesn’t try to fit in with humankind because he’s proud to be himself. The track was used for a Levi’s campaign and was the UK’s biggest selling single for 1996.

Related: Explore our list of the best songs about the universe.

KC & The Sunshine Band sings of a DJ who’s on the radio day and night in this track. Despite some controversy, the track became the fourth of five number-one hits in the United States for the group.

Eminem sings as Slim Shady in this track as he denounces his critics. The song was meant to parody pop songs, but many listeners didn’t get the sarcasm. Kathy Griffin says, “Will the real Slim Shady please stand up?” near the beginning of the song.

It Wasn’t Me – Rik Rok, Shaggy

In this track, a man is caught cheating by his girlfriend. He goes to his womanizer friend for advice, but all he wants him to do is tell her, “It wasn’t me,” whenever she accuses him of wrongdoing. The guy eventually learns that his friend’s advice isn’t sound and resolves to be honest with his love. Eddie Murphy’s Raw inspired the track.

Related: Head over to our playlist of songs about affairs.

Madonna feels like a new, reborn person because of her romantic partner’s love in this track. It shows how even the most jaded of people can again believe in love and romance when they meet the right person. This song was part of why many religious people questioned Madonna’s sometimes offensive religious imagery.

This song became the theme for the film of the same name. The energetic song is about letting loose on the weekend and forgetting the week’s troubles on the dance floor and was one of several songs that Kenny Loggins contributed to films of the 1980s.

Related: Here’s our list of Footloose songs from the movie.

Perez Prado first performed this track in 1952 as an instrumental. Lou Bega’s lyrics were inspired by actual girlfriends from his past. The song talks about his good times with each lady and dancing to a mambo. It became a success in many countries, especially in Europe.

The narrator of this Toto hit must decide if he’s staying on the continent he adores or leaving with the woman he loves. David Paich had never been to Africa when he wrote the track’s lyrics; he was actually inspired by a documentary on the continent. This went on to be Toto’s most well-known song.

It’s possible that Neil Diamond wrote this track about his second wife, Marcia. He used the name Caroline to fit the song’s three-syllable rhythm. At times, Diamond has provided stories about other interpretations of the track, so it is unclear if the wife angle is correct.

Related: Sing along with these songs that everyone knows.

The young guy who serves as the narrator here has developed a crush on his friend’s mom. The song was inspired by The Cars and Simon & Garfunkel’s ‘Mrs. Robinson.’ After its release, the song reached number one on iTunes’ Most Downloaded Songs chart and was the biggest hit for Fountains of Wayne, likely because of its novelty appeal.

Related: Make your audience laugh with these fun karaoke songs.

This song was the theme for 1982’s Rocky III. Its motivational themes have made it popular with almost any person or group facing a challenge, especially a physical one. It has also made numerous pop culture appearances since its release.

Related: This song features on our playlist of animal songs.

More of the best throwback songs: