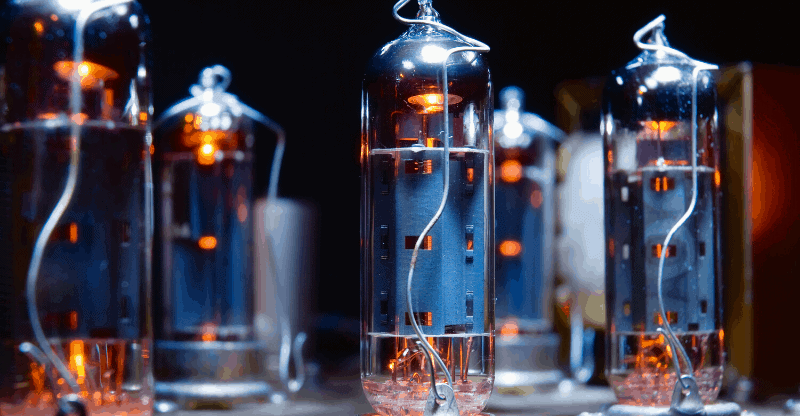 In this buyer’s guide, we discuss the best tube amps on the market from 5-watt compacts to 85-watt behemoths that will need some taming.

The tube amp is, without doubt, the gold standard for guitarists and favored more than any other type of amp.

There is however a slight downside: they’re more expensive, they take a bit more looking after (the tubes can blow out) and they take a bit of warming up when you switch them on.

At a Glance: Our Pick of the Best Tube Amps on the Market

Best Tube Amps Product Round Up 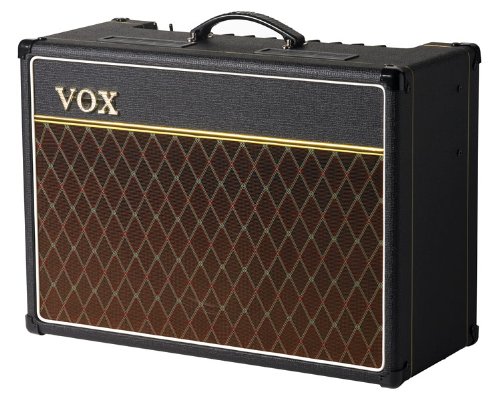 The VOX AC15 is the one of the most undisputed great tube amps of all time.

This AC15C is a custom model, with both normal and top boost channel. It’s 100% tube, with EL84 tubes that delivers 15 watts of pure British tone.

It also packs a custom 10″ VX10 speaker made by Celestion.

If you’re looking for a superb tube amp, this is right up there with the best. 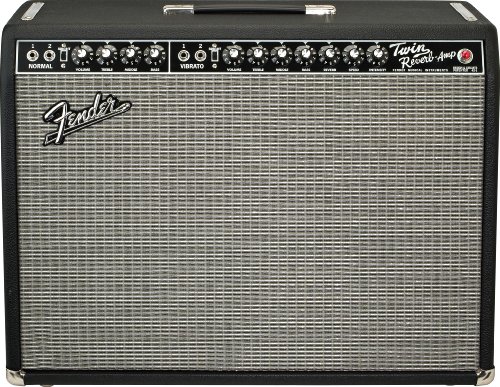 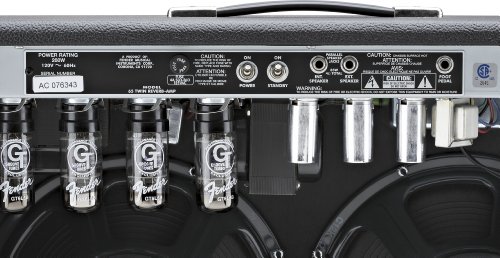 If you’re ready to splash the cash on one of the best tube amps you’ll ever hear, walk this way.

The Fender Twin Reverb delivers 85 watts of the purest, loudest, cleanest, and arguably most legendary guitar tone on the planet!

The legendary all-tube Fender reverb gives a spacious ambiance and surf-worthy splash and crash that only Fender can do.

If you have the cash to spare and you want the ultimate tube amp experience, you can’t go much wrong with one of these. 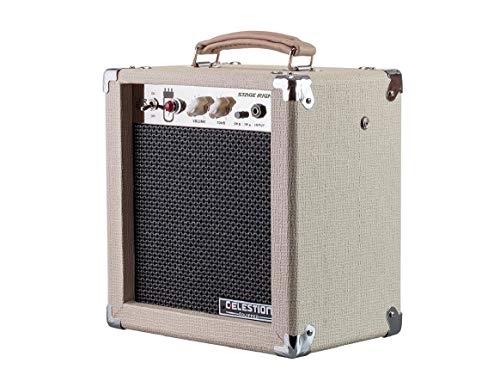 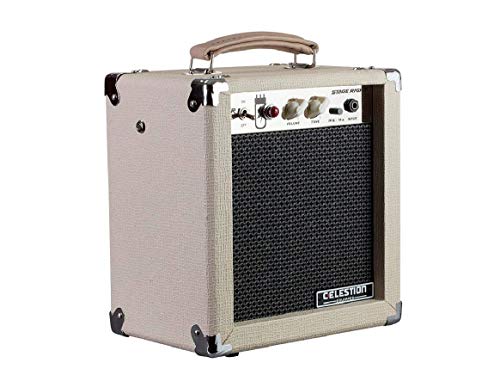 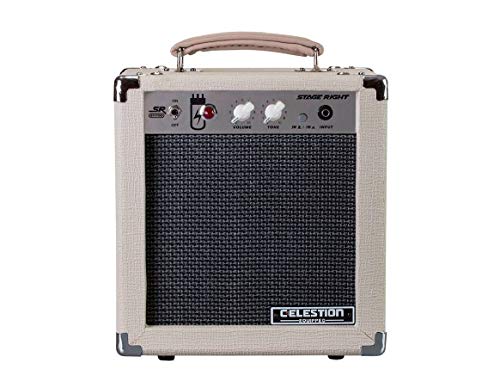 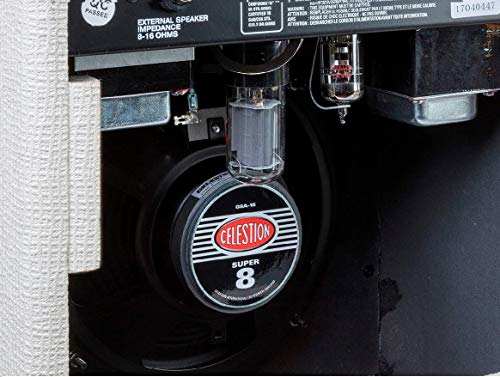 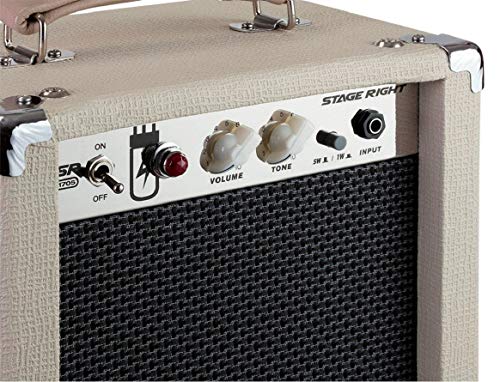 The Monoprice 611705 is a 5-watt amp but can be adjusted so that it’s 1 watt if you need less volume with the same sweet spot.

There’s a Celestion speaker which is of excellent quality and gives it a bright sound which is warm as well as crisp.

As well as the 5W/1W attenuator, it has a tone control and volume control, keeping things simple and allowing you to memorize your settings quickly.

This is perfect for the guitarist who wants to practice at home with something that sounds good and doesn’t want the hassle of multiple EQ controls or more than one channel. It will be less suited for those who need to quickly switch between clean and overdriven sounds or those who require more control over their EQ. 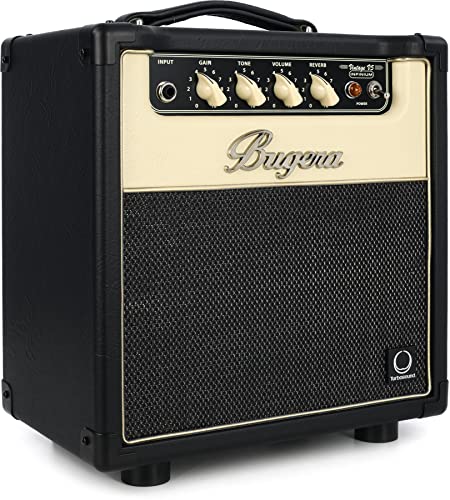 The Bugera V5 is a 5-watt amp with a built-in attenuator. As well as being able to adjust it to 5 watts, you can also turn this one as low as 0.1 watts, making it the quietest one here.

There’s a built-in reverb so that you can replicate classic rock tones and there’s also a gain, volume and tone control.

It also comes with a headphone output, so you can practice without your neighbors hearing you at all, and it has a nice vintage look about it. 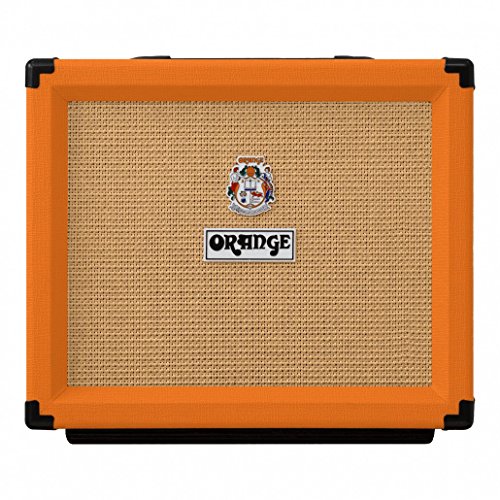 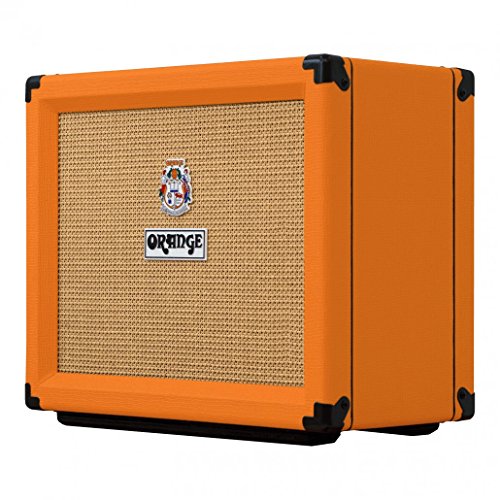 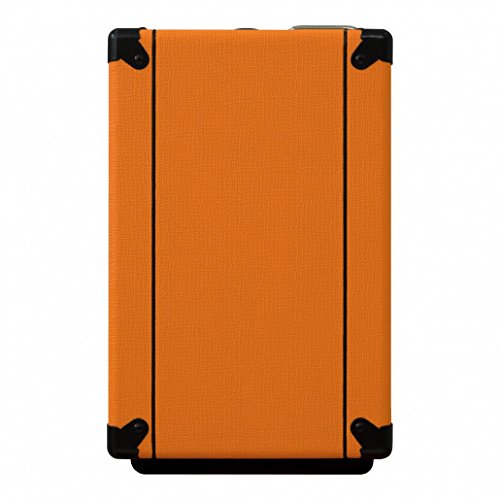 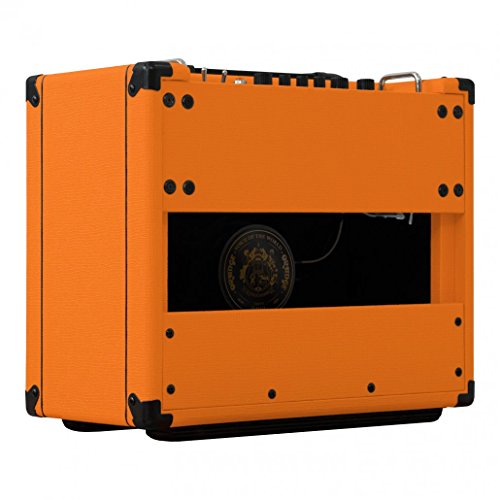 The Orange Rocker 15 is another great looking machine that offers exceptional versatility.

There are two channels on this one: ‘normal’ and ‘dirty,’ and these can be flicked between using either the onboard toggle or a footswitch.

Like the others, there’s an adjustable output, so you can quietly practice at 0.5 or 1 watt, get a bit louder with 7 watts and perform a small gig at 15.

There’s also 3-band EQ on this model, so you have a high level of control over your tonal options.

It has classic Orange styling and will look equally good in any practice room or on a stage. 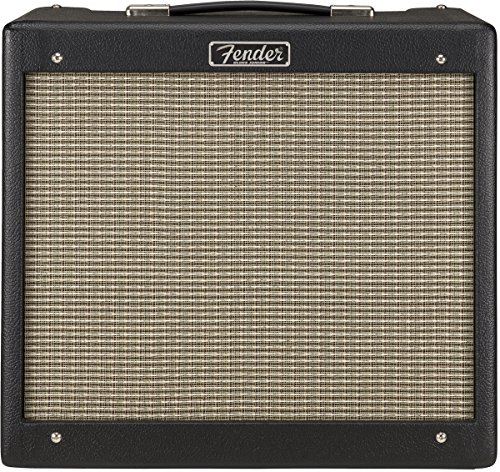 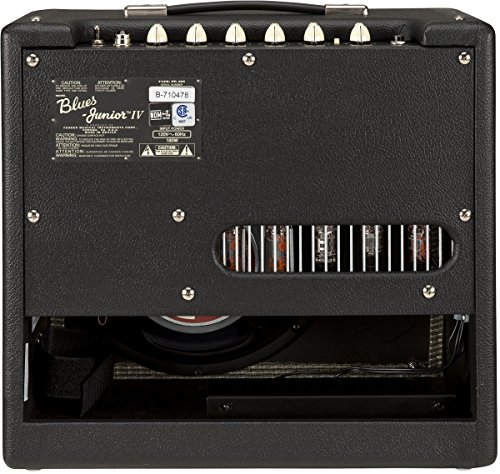 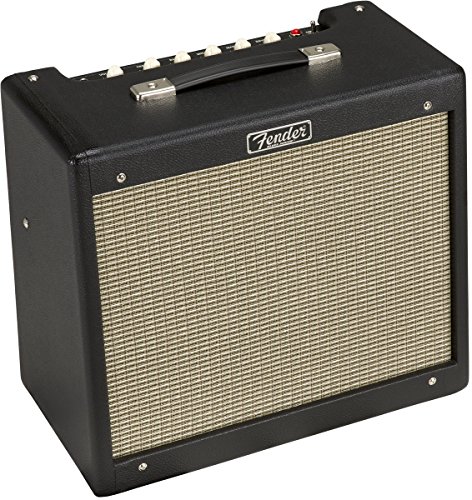 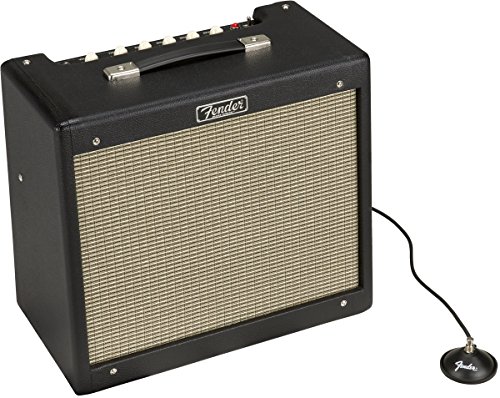 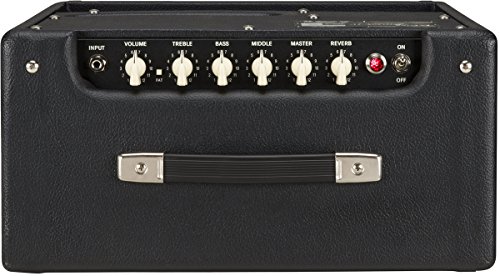 The Blues Junior is a beast, even at its relatively small size.

There are separate bass, middle and treble EQ controls, which allow you to shape the sound of your guitar to exactly how it suits you.

There’s also a ‘fat’ button which you can use as a booster to instantly fatten up your sound. The Celestion speaker gives it a crisp and bright tone, making it perfect for vintage blues sounds.

There’s just one channel, but it’s perfect for those who like to get a tone and stick to it, perhaps just ‘fattening’ it now and again.

It will suit bluesy players who want to keep things pretty clean. It will be less suited to those who want to shift between clean and overdriven or distorted sounds. 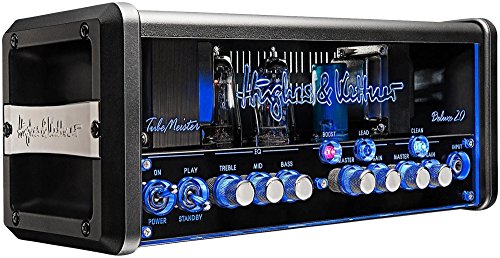 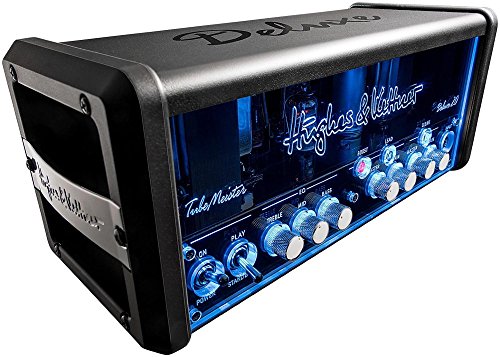 The Hughes & Kettner TubeMeister has three channels: lead, crunch and clean, making it a great tool for shifting between different high quality, organic sounds at gigs without the need for pedals.

Each of the channels has its EQ settings, and there are master volume settings for each of them.

The wattage of this head can be adjusted from 40 right down to 20, 5, 1 or even 0 watts, making it versatile in terms of volume.

There’s an effects loop, so if you do use effects you can plug them between the preamp and power amp, and this head also has a standby option, allowing you to warm it up before you start playing and ease the power off slowly without damaging the valves.

This is for musicians who like to use overdrive and need more than one overdriven channel on their amp.

You get the best tone from a tube amp when the tubes are pushed hard. That means playing it loud. The problem is if you buy a 100-watt amp you’re going to have to play it really loud to get anywhere close to pushing it.

That’s why, unless you’re planning on playing mid to large size venues where you can properly crank it, you should buy a lower watt one and push the volume up to get the sweet tube tones (or ‘cook it’ as it’s called). Amps anywhere from 5 to 20 watts basically are great for jamming, practicing at home, and playing small gigs and are still plenty loud enough.

If you’re buying one for gigging, 30 watts upwards makes more sense. Just remember the higher the watts the louder you’re going to have to push it to get the best tone unless you use a tube amp attenuator that lets you drive the amp at lower volumes.

Because of the smooth tones, tube amps are also popular with guitarists who prefer a clean tone and not distortion soaked (e.g. jazz or folk players). If this is you, you should look for one with plenty of ‘headroom’ before it starts to ‘clip.’ Conversely, if you’re an overdrive junky and distortion is precisely what you’re after (e.g. hard rock or metal) then you want something with less headroom.

If you’re looking for an amp that can do both well, look for something with two channels. This lets you set up a clean and a distortion channel separately, and you can just flick between the two.

Some amplifiers emphasize highs and lows, whereas some focus more on mids and punch. If you’re looking for one which delivers American rock sounds, something which emphasizes high and low frequencies is preferable.

If you’re looking for a more British rock sound, you want one which emphasizes middle frequencies and punchiness.
Heavier players might like something with included distortion, and lots of EQ controllability.

Whether you go for a combo or a head and cabinet depends on how big the venues are that you’re going to be playing. Some combo amps are big enough for small venues, but as the size of the place gets bigger, they might struggle to fill the room.

A head and cabinet are capable of pushing out more sound, plus you have the option of just taking the head to a gig and using the venue’s speakers.

Another consider are EQ controls: some amps have plenty of EQ controls, others have just one tone control.

However, what I’d suggest is if you want to be able to shape your tone using just your guitar and your amplifier, look for one with at least a high, mid, and a low control.

Otherwise, you’ll have to use an EQ pedal to manage this, which has it’s advantages and disadvantages too.

Some products have built-in power attenuators. This allows you to lower the power rating and make the amp quieter. Reducing the power like this also lets you crank the gain at more modest volume levels, so you can achieve superior tones without playing at an excessive volume.

You can get hold of external attenuators, but if it’s something you’re going to require, then it makes sense to have it all in one unit.

As you’d expect, the size of the speaker has a bearing on the tone.

Preferring the sound of a smaller speaker doesn’t mean that you need to sacrifice your right to be loud, though. With some decent mic-ing up, you can gig with small amps, and many artists choose to as they prefer the sound.

Speaker quality varies, too. Celestion speakers, in particular, are renowned for their ability to produce a loud volume that remains crisp and clear.

If you’re considering an amp head and external speakers (we call these speakers ‘cabinets’) you’ll have some thinking to do too, as come in a few different shapes and sizes.

How tough do you need your tube amplifier to be? What are you doing with it? Are you keeping it at home, gigging a lot, taking it on tour?

When moving it from gig to gig, it’s likely that they’re going to get bashed about. Good corner protectors are worth looking out to avoid inadvertently bashing the corners while transporting.

The thickness of wood used to construct the cabinet can also make it more sturdy, as well as improving the quality of sound. When a thin wood is used, there’s a risk of the speaker vibrating until it is loose. A thickness of half an inch or more will sound strong and last well.

There are also sometimes multiple output options. If you need additional speakers on a larger amp, look for a speaker out. If you’re seeking silence as you practice, look for a headphone out on a practice amp.

Many modern amps these days include a USB in/out so that you can hook it up with your smartphone or computer.

Do you want some effects thrown in. While most seasoned guitarists will turn their nose up at amp based effects (preferring pedals), you may fancy some built-in effects such as reverb, delay or chorus so you aren’t always reliant on messing about with pedals out.

To control the built-in effects, or to switch between clean and overdriven channels, they often come with footswitch pedals.

These are extremely useful for performers who need to swap channels on stage but even for those who are practicing at home will appreciate not having to walk over to the amp to change their sound.