10 Best Violin Concertos of All Time – Our Top Picks 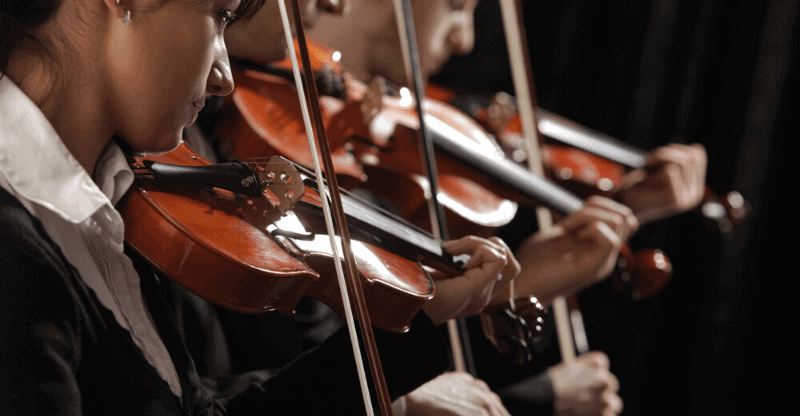 Violin concertos have been popular since the Baroque era (1600-1750) and they remain one of the most popular types of concerto performed in concert halls and recorded for media.

Amongst others, Bach and Vivaldi provided us with superb concertos in the Baroque era, and Beethoven, Haydn, Mozart and more continued to do so throughout the Classical period (1750-1820).

But what are the best violin concertos? Although it is impossible to objectively devise such a list, we’ve considered a combination of beauty, popularity, emotional movement and memorability, and had a stab at it.

Whether you’re new to violin concertos and want an introduction to the highest quality music, or whether you’re just checking by to see if this list adheres to your own opinions, we hope that you enjoy the magnificent sounds in the following 10 pieces of music.

Our Pick of the 10 Best Violin Concertos Ever Written

Music Maestro Mozart’s Concerto No. 3 – composed in 1755 – is the most popular of his 5 violin concertos. And with good reason.

It consists of an allegro movement, an adagio movement, and a rondeau. The adagio movement is where we hear the main theme in this piece, and the rondeau has an enormous melodic range and a grippingly slow ending which leaves the listener simultaneously satisfied and wanting more.

As is the norm in violin concertos, Beethoven’s Violin Concerto in D Major – composed in 1806 – consists of 3 movements.

An allegro movement is followed by a larghetto movement and then the third and final part is a rondeau. And this piece certainly moves. The ferocious ending to the allegro section makes the steady larghetto movement most welcome before the exciting and interesting ending brings joy to the listener.

Tchaikovsky’s violin concerto – composed in 1878 – is one of his most famous pieces. There are three movements following a classic structure of fast-slow-fast. This is a recipe for aural enjoyment.

However, in the early days of this concerto’s existence, not everybody seemed to think so. At its premiere, people booed more than they clapped, and some critics at the time even described it as “awful”. However, this concerto eventually became popular and is now one of the most loved Tchaikovsky pieces.

This is perhaps one of the most famous works by Bach and was written between 1717 and 1723.

It opens with a vivace movement, which leads to a largo movement before ending with an exciting allegro section, and is considered to be one of the best works of the late Baroque period. The relationship between the two violins is expressive and stylish.

This group of four violin concertos is probably the most famous within this list.

Each section gives musical expression to a different season, and within them, Vivaldi creates sounds to represent natural phenomena from birds to dogs to drunken dancers. All of Vivaldi’s representations of seasons are masterpieces, and irresistible to listen to.

If you’re looking to try playing it yourself, it works great as violin duet (flute and violin).

This was Brahms’ only violin concerto, although it was originally intended as a piano concerto. However, it seems that Brahms let his creativity take control and this wonderful concerto was the result. There are three movements, and each of them are demanding for the player and easy on the ear. This is a euphoric set of movements.

Mendelssohn’s Concerto in E Minor was written when he was just 13 years old. This is the perfect introduction to violin concertos; it consists of 3 movements, and each of them feels more emotionally charged than the last. It’s commonly heard at weddings, and to many is the sound of love.

This is Sibelius’ only concerto, and though it has divided critics since it was written in 1904, it is still popular and many keen soloists strive to make it more so. It has an allegro movement, followed by an adagio movement and ends with an allegro movement, and the structure takes the listener on a pleasant journey.

It starts gently, has a lyrical middle section, and ends with a warlike section which is well known amongst violinists for its technical difficulty.

This popular concerto – completed in 1866 – is made of an allegro moderato vorspiel, an adagio middle section, and an allegro energico finale.

The first section is directly linked to the second part, and works as a prelude to it. This is unusual in a concerto but works exceptionally well.

It starts slowly and the opening movement hints at the beautiful melodies to come in the middle. The middle section subsides to a more intense, accelerando ending which has a climactic ending and doesn’t disappoint the listener.

Wieniawski’s Violin Concerto No. 2 begins and ends allegro moderato, and has an adante second movement.

It is 23 minutes of romantic music which begins sombrely, has a melodic central climax and leads to a gypsy-style rondeau. This is a rich piece, filled with moving melodies and touching harmonies.

All of these beautiful concertos are not only moving but pleasurable to listen to; they encourage us to relax and to enjoy a rich life.

Not only this, but they inspire violinists to fall more deeply in love with their instrument, encourage us to progress and inspire composers to compose.