36 Best Workout Songs for Your Next Gym Session 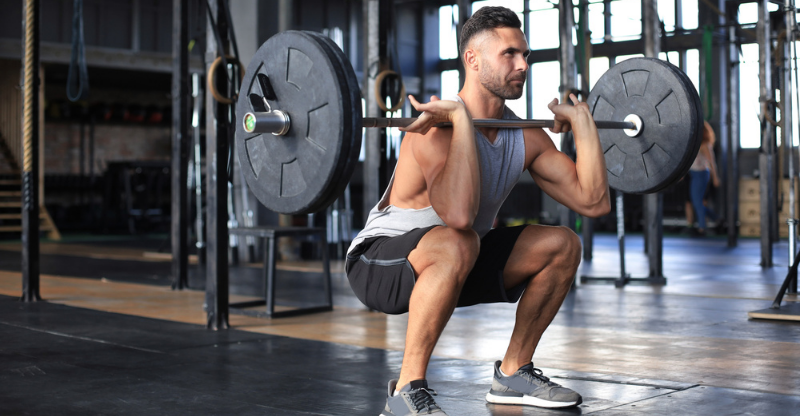 Sometimes the right song is all it takes to power up your workout routine and help you stay motivated to meet and exceed your exercise goals. Have you been looking for some great workout songs to enhance your next gym session? Here are some of the best workout songs for you to explore.

Ciara sings this empowerment anthem about finding self-esteem and lasting love. It was inspired by her marriage to quarterback Russell Wilson in 2016.

Related: Level up your ego with these self-esteem songs.

This song encourages listeners to keep dancing to defy exhaustion, making it a great workout theme. It’s a modern take on the topics present in the Depression-era movie and book They Shoot Horses, Don’t They?

This piece flaunts the party lifestyle in a collaboration between Black Eyed Peas and J Balvin. It samples from the DJ Snake remix of AlunaGeorge’s ‘You Know You Like It.’

Kanye West sings of his strength and accomplishments in this piece. It’s based on Daft Punk’s ‘Harder, Better, Faster, Stronger.’

Related: Check out these other pump up songs.

This track finds the protagonist telling off a heartbreaker. Miley Cyrus collaborated with Moroccan rapper French Montana for this hyped-up piece.

Related: Find this song on our playlist of songs about being used.

This collaborative piece is about making passionate connections at a club. ‘Taki Taki’ is not a real phrase; it’s an onomatopoeia meaning “better sound.”

Here’s a track about having fun and getting out on the dance floor. The lyrics are mainly an afterthought to support the beats, making this the perfect exercise music.

Related: Enhance your party with these fun party songs.

Listeners are encouraged to rock it on the dance floor in this track. The Fatboy Slim remix was released as the second track on the single album.

The narrator of this track goes dancing to work off some stress when she sees a potential love interest. It won the International Song Of The Year award at the French NRJ Music Awards in 2008.

This song discusses the many challenges that Destiny’s Child faced as a band when it was written. It’s based on the reality television series of the same name.

Related: This song is featured on our playlist of surviving songs.

Dancing on My Own – Robyn

Robyn’s first single explores the darker side of clubbing as she sings about a guy she loves dancing with another woman. Calum Scott’s cover was also highly popular and highlighted his own struggles with falling for men who weren’t interested in him.

This track explores high tension and conflict in a relationship. It samples from ‘Habits (Stay High)’ by Tove Lo, who sings in this piece.

Till I Collapse – Eminem

Eminem encourages others to keep trying to meet their goals until they collapse on this track. It was never released as a single but remains one of Eminem’s most popular songs.

This song compares working from home to spending more time with a lover rather than going to work. It’s similar in theme to Rihanna and Drake’s ‘Work.’

Related: See our playlist of other songs about working hard.

Taylor Swift shakes off the opinions of her critics and bad feelings in this feel-good dance track. The phrase “shake it off” appears 36 times in the lyrics and the catchy chorus is sure to keep you moving.

Related: If you want more Taylor, head to our playlist of the most popular Taylor Swift songs.

Ed Sheeran sings as a protagonist who is uncomfortable at a party by soothed by the presence of his significant other. Justin Bieber’s verse covers the same topic.

This song’s narrator gains the upper hand in an unhealthy relationship and frames herself as the bad guy instead of her hurtful partner. It was one of Billie Eilish’s earliest hits.

Sometimes, good people do questionable things—and may even enjoy themselves in the process. That’s what this collaborative track is all about.

This song laments the lack of music with “bop” in it. Co-producer Jetsonmade is mentioned in the lyrics.

T.I. squares off against his haters in this track. It samples from JAY-Z’s ‘What More Can I Say.’

Here’s a motivational track about not giving up on your dreams and fighting through adversity. It was the theme song for the film Rocky III.

This song mainly serves as a tribute to the state of Massachusetts, with numerous references to it appearing throughout. It’s a rewrite of the Velvet Underground’s ‘Sister Ray.’

This track finds its confident protagonists talking about their success in passionate affairs using innuendo. Fan-made mashups of Megan Thee Stallion’s and Dua Lipa’s songs led to their collaboration.

Related: Celebrate your wins with these celebration songs.

The protagonist of this track looks through his lover’s iPad in an attempt to find a glimpse of the love and happiness they have lost. It’s one of several songs that have discussed iPads.

This piece is all about finding passion at a party. It was the fourth single from Sean Paul’s album Scorcha.

Megan Thee Stallion celebrates her strength and the complexity of her personality in this hit track with Beyoncé. A Tik Tok dance challenge made it viral on that platform.

Related: Find your inner strength with these songs about staying positive.

Boza is charmed by a woman’s moves on TikTok in this multilingual track. It charted for seven weeks straight.

Inna sings of moving on from hurtful comments and gaining strength from them in this track. It’s the ninth track on the album Champagne Problems.

Related: Go to our playlist of songs that make you feel confident.

This duet finds its protagonists in a passionate situation. Suzanne Vega’s song ‘Tom’s Diner’ is interpolated.

This song is an ode to sweet romantic love. It also serves as a shoutout to BTS’s fan army.

This Spanish track’s title translated to ‘For You’ in English. It’s about being utterly devoted to a romantic partner and feeling lost when they aren’t nearby.

It’s not clear if this song refers to goals or love, but it encourages listeners to take action now rather than wait for the future to make decisions. It was used for a Pepsi Max campaign in the UK.

This song is about finding purpose and never giving up in the face of destruction and despair. The album it appears on continues a theme of apocalyptic destruction from Foals’ previous album.

Related: Find the courage to keep going with these songs about perseverance.

This song about finding passion with a lover is similar to Olivia Newton-John’s 1981 track of the same name. Dua Lipa has said that the track is inspired by the 1980s, and she must think it’s a good workout song since she has an exercise video for this song.

Single Ladies (Put a Ring On It) – Beyoncé

This track encourages women to find guys who are willing to marry them. It’s not necessarily an autobiographical piece, as Beyoncé did not even want an engagement ring when she was getting married.

Side to Side – Ariana Grande ft. Nicki Minaj

In this popular track, Ariana Grande sings of having a passionate affair with a bad boy. Nicki Minaj features in her third collaboration with Grande.

Related: Sneak over to our playlist of forbidden love songs.

More of the best workout songs: