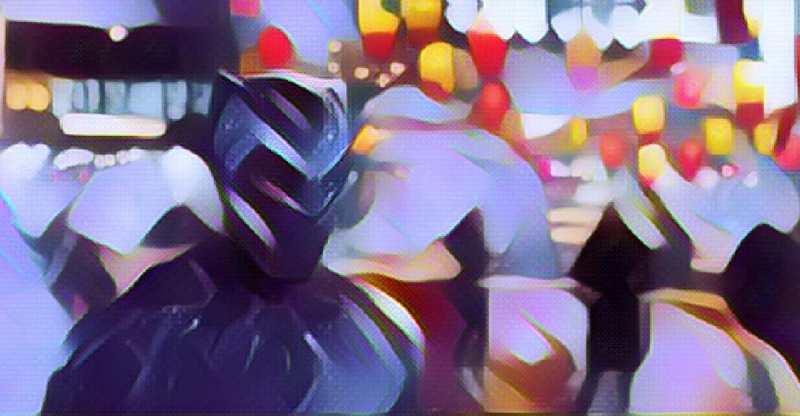 Black Panther follows T’Challa as he prepares to become king of Wakanda. The villain of the movie is Killmonger, a complex and dynamic enemy who wants to take the throne for himself.

‘Black Panther’ is inspired by T’Challa himself. Kendrick Lamar sings about all the things he is the king of, and the track’s instrumentation switches between acoustic piano and more heavy production. The song addresses the movie’s themes, most notably T’Challa’s inner conflicts, through the line “what do you stand for?”

Related: Fly over to our list of superhero songs.

All the Stars – Kendrick Lamar, SZA

‘All the Stars’ plays during the end credits of Black Panther. After the suspenseful, action-packed film, this song is like a cool down. Electronic elements, SZA’s smooth vocals, and Lamar’s melodic rapping make this a great song. “All the stars are closer” is repeated many times, mirroring the hope the movie leaves us with.

Related: Here are the best songs about stars.

The people of Wakanda often greet each other by making an “X” with their arms over their chest. It’s a sign of respect and comradery, and then song ‘X’ talks about preparing for action with allies. The line “are you on ten yet?” asks, “are you ready?” Since X means 10 in roman numerals, this title has a clever double meaning.

Related: See more on our playlist of number songs.

This song sings about a powerful girl, saying, “I really wanna know your ways.” It’s unclear exactly which character inspired this song, but the line “carryin’ a brother is no easy on your back” suggests it could be Shuri, T’Challa’s sister. Shuri is the brains of the movie, an incredibly intelligent and strong woman that would undoubtedly be considered powerful.

Related: Head over to our list of strength songs.

This song heightens the intense car chase scene that occurs in South Korea. ‘Opps’ has a driving beat and quickly delivered lines that create a feeling of adrenaline and build anticipation for how the chase will turn out. The line “y’all wanna die in the chase of things” puts the deadliness of the chase into perspective.

I Am – Jorja Smith

T’Challa’s initiation into becoming king is filled with apprehension and quiet determination. There are many hardships to come, but T’Challa must make his father’s sacrifice worthwhile. He must accept the weight of his responsibilities, his feelings mirrored by the line “feel like dependin’ on me, sometimes we ain’t meant to be free.”

Though Killmonger is the villain of Black Panther, he has layers to him that make for an interesting- and sometimes sympathizable- character. ‘Paramedic!’ serves as a sort of theme song for Killmonger. Lyrics like “they better call a paramedic in the street, I got leverage in the street” tells us about the lethal and unforgiving nature he appears to have.

This song is about the suspenseful fight between T’Challa and Killmonger at the top of a waterfall. The fight is brutal, with a lot at stake, and Killmonger defeats T’Challa, throwing him over the cliff. The waterfall and his blood create ‘Bloody Waters.’ The disbelief of the characters and the audience watching this occur is palpable, making for an impactful scene.

Related: Splash over to the best water songs.

This song alludes to some of the resistance the citizens had to T’Challa as king due to his absence when he was off fighting in the Avengers’ civil war. The title ‘King’s Dead’ alludes to when T’Challa is thought dead after Killmonger sends him over the cliff. Fun Fact: Kendrick Lamar opened the 2018 Grammys with this song, winning the award for Best Rap Performance.

Redemption Interlude’ corresponds to when T’Challa is hovering between life and death and must confront his inner demons and his father’s spirit. Despite being defeated by Killmonger and falling from a near-fatal height, T’Challa tries to remember that “there’s time to turn it around.” He must build his resolve to face Killmonger again and take back his rightful place as king.

After T’Challa’s miraculous survival, there is a reason for hope again. His family and supporters believe in his abilities to reclaim his title, and the upbeat and celebratory feel of this song shows the hesitant optimism over peace being restored. Outside of the Black Panther world, this track is a passionate love song, as the narrator sings, “baby, I need you, I wanna see you.”

Related: Get your hopes up with this list of hopeful songs.

The haunting and tinny vocals in the chorus of ‘Seasons’ contrast with the rap style of the verses, creating an intriguing and unique listening experience. One verse in the song is sung in Zulu, a widely spoken language in South Africa. The line “we go to war for this African blood” is exactly what the characters are doing, making ‘Seasons’ a track that anticipates battle.

Related: Check out our playlist of war songs.

Big Shot’ has a beat that’s hard not to move to and is one of the more classically upbeat songs on this soundtrack. The song might be directed toward Killmonger, saying, “you had to open up your mouth; you had to be a big shot.” Killmonger’s pride was his downfall as he chased something that wasn’t truly meant for him, refusing to back down.

Pray for Me – The Weeknd, Kendrick Lamar

This song plays as T’Challa, Nakia, and Okoye walk into a casino. Using ‘Pray for Me’ shows these allies’ unbreakable bonds and commitment to protecting their nation. “I’m always ready for a war again,” sings The Weeknd, just as these characters will always be ready to face any threat that comes to Wakanda.