13 Epic Songs from the Blow Soundtrack 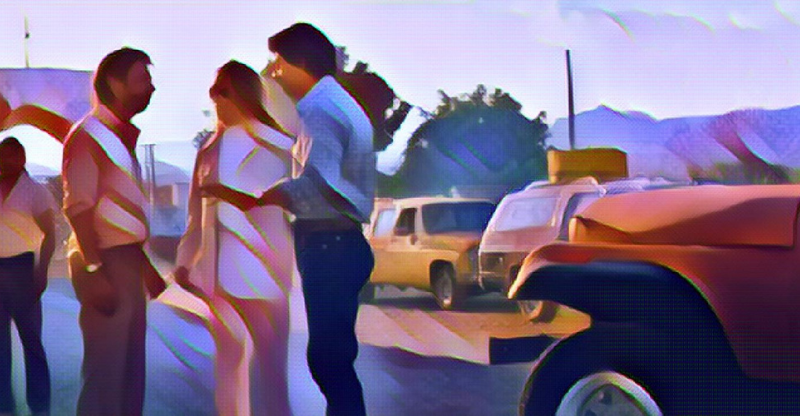 Blow is a crime film that was released in 2001. It is based on a true story and stars Johnny Depp and Penélope Cruz. Ted Demme directed the film; Blow is considered one of Demme’s most notable projects.

Explore the film more deeply by learning about the songs on the Blow soundtrack.

Can’t You Hear Me Knocking – The Rolling Stones

Blow is one of four theatrical films that ‘Can’t You Hear Me Knocking’ appears in. It plays during the opening titles. The lyrics are somewhat abstract and weren’t meant to have much meaning. It’s an impressively long Rolling Stones song with its seven minutes and 14 seconds runtime; the last five minutes are instrumental.

This song plays when George is on the beach with a group of other people. It was one of the first instrumentals to feature rock power cords and gritty guitar distortion. It was honored at the Rock and Roll Hall of Fame in 2018 due to its important role in music history.

Related: You can hear this song on the Pulp Fiction soundtrack.

‘Glad and Sorry’ by Faces reflects life’s challenges and triumphs in a simple and somewhat abstract way. It also covers the inevitable power struggles in a romantic partnership. It appears on the Blow soundtrack album and highlights the emotional challenges presented in the film.

There was a time when Cream played a blues song called ‘Lawdy Mama;’ this track is based on that piece. The lyrics discuss a woman—or possibly a substance—that ruins someone’s life, making it a good fit for the movie’s soundtrack album. The line “if you don’t watch out, it’ll stick to you” highlights the cautionary tone of the song.

Audiences hear this song during the scene that depicts the arrival at Miami Airport. It was Ram Jam’s only hit and discussed a woman with a child that is hard to control. The song is a traditional piece that many civil rights groups have taken a critical eye toward, but Ram Jam’s version is more tempo-driven than lyrically centered.

Related: You might hear this song in a baseball game or on our list of best walk-up songs.

This song plays during the “Too Much Money” montage in the film. It’s a cover of Bruce Springsteen’s song, the more popular of the two versions. It’s mainly about a female protagonist who’s “gonna make it through the night,” but many of the lyrics are abstract and up for interpretation.

Related: Grab your sunglasses and listen to these songs about lights.

Here’s a track from 1968 by Willie Rosario And His Orchestra. It’s an instrumentally-focused song about dancing the boogaloo with a love interest that has a classic sound that predates its release date. ‘Let’s Boogaloo’ is featured on the Blow film soundtrack album and is sung in Spanish.

Keep It Comin’ Love – KC and The Sunshine Band

This can be heard during the ’80s party in the movie. It’s a dance-focused disco track about wanting your lover to keep their love coming your way. Its double-meaning and suggestive innuendos are partly responsible for its success after its release in 1977.

‘Yellow World’ is a Japanese song from 1968 by J Girls. It has serious mod vibes and appears in Blow and on the film’s soundtrack album. It sounds similar to popular English language songs of the era and sets a certain nostalgic mood when it is heard.

Related: Listen to the rest of the rainbow with these color songs.

Here’s the song that plays when George’s wife is in labor, and he rushes out of the house. It was written about a real-life accident that Lynyrd Skynyrd guitarist Gary Rossington got into that caused the band to postpone their tour at the time. This backstory makes it fitting for a labor scene.

Related: Expecting a baby? Here are the best songs about babies.

All the Tired Horses – Bob Dylan

George collapses in the delivery room after his wife goes into labor; this song plays during that scene. It’s a simple tune about being tired and burnt out that fits the collapse event well. It’s a relatable song for anyone who has ever felt too weary to be inspired by anything or to get anything productive done.

Related: Saddle up and listen to this list of songs about horses.

This track complements the home video scene. ‘Can’t You See’ is The Marshall Tucker Band’s signature track and was named the greatest Southern Rock song by Ultimate Classic Rock. It’s about a man driven to despair by the woman he loves. ‘Can’t You See’ appears on the Blow movie soundtrack album.

Nikka Costa tells the story of a man who has nothing going for him and doesn’t live life as his true self in ‘Push & Pull.’ It’s a fitting song for a film where the main character makes some bad choices in life that affect all aspects of his existence, which may be why it is featured on the soundtrack album for Blow.