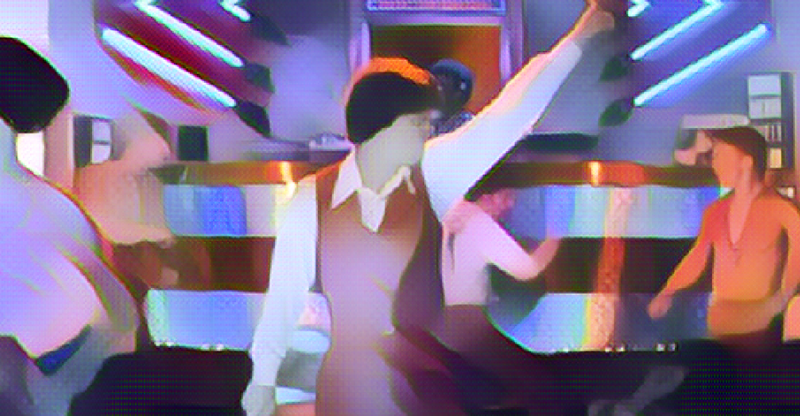 Though it only had a 15 million dollar budget, the Paul Thomas Anderson film grossed over 43 million in 1997. The movie follows Eddie Adams’s chaotic rise and fall in the 1970s adult film industry in California.

Check out the Boogie Nights soundtrack below.

“Baby don’t you know, my heat will move your soul.” The film features Mark Wahlberg’s character “Dirk” and his buddy Reed (played by John C. Reilly) recording a song of theirs in a studio. Though some fans have lovingly called the song “atrocious,” rap artist Eminem later sampled the tune for one of his own.

Best of My Love – The Emotions

As the first few scenes of Boogie Nights plays out on screen, fans are introduced to the main characters while ‘Best of My Love’ can be heard in the background. The opening scenes are centered around a ’70s-style disco club where adult film industry mogul Jack Horner catches the attention of busboy Eddie Adams.

Written by pianist and composer Bill Ador, ‘Jungle Fever’ ended up being the Chakachas’ most famous hit. Though many European radio stations banned it due to its overly-sexualized sound design, US markets put it on rotation. The tune plays when adult film director Jack Horner picks up his protege Eddie Adams from a nightclub.

One of the main characters in the movie, simply known as “Rollergirl,” is played by actress Heather Graham. Throughout the story, a casual relationship develops between her and the main character, busboy-turned-adult-film-sensation Eddie Adams. As they lay in bed together at their boss Jack’s apartment, Melanie’s tune ‘Brand New Key’ is featured.

Musician Eric Burdon would only stay with the band War for about two years. But during that time, the group released one of their most notorious singles, ‘Spill the Wine.’ The title is a slang term used for illicit activities and plays during a scene featuring a work-and-play meeting between characters while relaxing poolside.

As busboy Eddie Adams becomes more in-demand as an adult film star in the ’70s, his personal life gets upgraded. While Marvin Gaye’s sexually-charged 1977 hit ‘Got to Give It Up, Part 1’ plays, Adams shows off his new home and fancy new car to his friends.

Related: Hear this song on our list of feel-good songs.

Adult film star Dirk Diggler (formally known as busboy Eddie Adams) rises to instant fame, and tabloids take notice. As he parties in a club, reviews highlighting high praise for his latest film performance are read aloud. While he celebrates his latest success, the Commodores’ ‘Machine Gun’ plays in the background.

Known as Walter Egan’s only big hit, Fleetwood Mac’s Stevie Nicks recorded the song’s vocals and helped with the lyrics. ‘Magnet & Steel’ plays as adult film star Dirk makes his way to a ceremony with his colleagues and wins quite a few awards for his sexy on-camera performances.

In the 1970s, a notable movement in America was known as the “Philadelphia Soul Sound.” Gene McFadden and John Whitehead worked at a popular record company on behalf of other artists but had visions of breaking out with their own original material. When they finally got that chance, they were inspired to write ‘Ain’t No Stoppin’ Us Now.’ The song plays during a party scene in the film.

Related: This song is one of the best songs about victory.

Eddie Adams sees success early in the 1970s adult film industry. But as the money rolls in, the hard-living ways of the industry begin to take over his life. As Night Ranger’s ‘Sister Christian’ is played he’s with his friends at a house participating in a drug deal with a pretty good payday.

It has long been speculated what ELO’s ‘Livin’ Thing’ is really about. From politics to religion, the theme of love lost is ever-present at the heart of the tune. Band leader Jeff Lynne accidentally let it slip one time in an interview that he wrote it after a nasty bout with food poisoning. The song plays as the end credits roll.

Related: You can also find this song on the Cruella soundtrack.

God Only Knows – The Beach Boys

Featured during a montage of scenes as the main characters of Boogie Nights experience different life changes, surf rock group The Beach Boys’ song ‘God Only Knows’ was written by band member Brian Wilson as he explored his own spiritual transformation. This was one of the first songs that transitioned the band to more mature songwriting material.

Related: This song made it to our list of the best songs of all time.

A sorrowful composition serving as foreshadowing for what’s to come. It plays as the film opens up and a bustling nightclub comes into focus. Using a pipe organ in the introductory piece gives the creation a baroque-type feel.