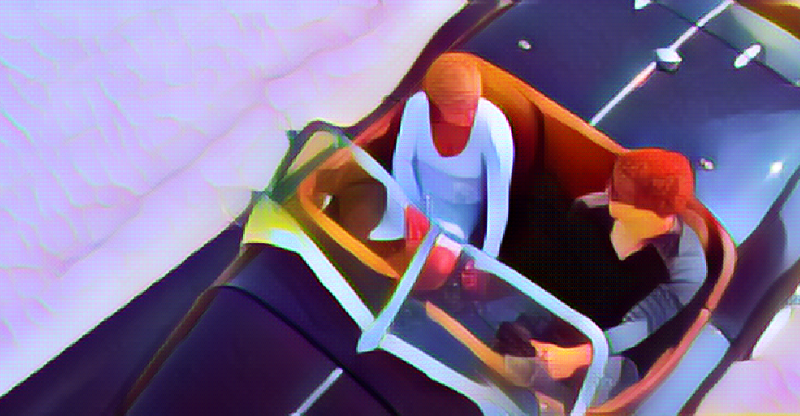 Cruel Intentions is a hallmark of pop culture, known for its incredible soundtrack and completely unpredictable plot. Most of what happens in the movie result from Kathryn’s revenge schemes toward Cecile and Annette, who use Sebastian as a pawn. Betrayal, love, and shock are all themes in the film.

The Cruel Intentions soundtrack is full of rock and roll, acoustic, and cinematic songs and should be commended for keeping up with the many twists and turns!

Every You Every Me – Placebo

This song is used in the opening credits of Cruel Intentions, setting the tone for a chaotic and intense plot. ‘Every You Every Me’ is full of big guitars and driving drums that build tension and anticipation throughout the song. Though the exact meaning of the song is unclear, we can see how it applies to the character Sebastian. He starts as a womanizer with a reputation but gradually falls in love with just one person. The song talks about abusing love and being selfish, yet still wanting “every me and every you” to end up together.

‘Praise You’ samples a 1975 song by Camille Yarborough called ‘Take Yo’ Praise,’ using her vocals throughout the song. Sebastian and Annette drive together to this tune, foreshadowing the tedious love they will soon have for each other. It’s an upbeat, funky song that matches a car driving scene well. “I have to praise you” is how Sebastian feels because praising Annette will help him win his bet with Kathryn.

Related: Drive over to the best songs about cars and driving.

Cecile and her music teacher have a secret mutual attraction, and Kathryn teaches her how to kiss after finding out about the affair. ‘Coffee & TV’ plays as the two girls kiss. Though the electric guitar solo and cheery rhythm match the flirtatiousness of the scene, the song was actually written after Blur’s guitarist had decided to give up alcohol.

The melodic rapping and steady beat of ‘Bedroom Dancing’ plays as Sebastian spots Cecile. This song is certainly suggestive with plenty of explicit lyrics and inuendos about dancing all night. It matches the dynamic between Sebastian and Cecile well, as they do end up fooling around but do not have any real feelings towards each other (at least not any positive ones).

With intensely poetic lyrics like “I am taffy stuck and tongue-tied” and “I am covered in skin, no one gets to come in,” ‘Colorblind’ is about the fear and the relief that comes with letting a loved one in. This piano ballad uses vulnerable vocals and haunting strings to create an emotional experience, making it fitting for the scene where Sebastian and Annette reconcile after an argument and then spend the night together.

This song plays as Sebastian and Annette are swimming together. It’s a charged scene, and ‘Ordinary Life’ does a great job of helping to build tension. Kristen Barry’s vocals are intimate and echoing, and the drums and static add an ominous element. Annette’s inexperience is shown with the line “I’m clutching my faith, pull it tightly round,” but their lust for each other is clear with this one: “my weak heart is swimming with devotion.”

Comin’ Up From Behind – Marcy Playground

Sebastian has a scheme to find out who told Annette about his reputation. He bursts in on Greg (who he wants information from) and his friend Blaine (who is in on the plan) being intimate, taking photos to use as leverage. This aggressive and gritty song sets the manipulative feel of the scene, and the line “coming up from behind” is exactly what Sebastian is doing.

Related: Plotting revenge? Head over to our list of best songs about revenge.

Secretly’ by Skunk Anansie plays during the end credits of Cruel Intentions. Belting vocals and rippling bass lets you sit with the whiplash of the plot. Lyrics about lust, secrets, selfishness, and anger fit with the movie’s themes. The line “you had to do someone else, you shoulda been by yourself” could be advice to Sebastian (or everyone) to avoid getting caught up with Kathryn, who seemed to hurt anyone she touched.

After Kathryn warns Sebastian that revealing the truth of their bet to Annette would ruin them both, Sebastian lies to Annette and says that he was just using her and didn’t truly care for her. ‘This Love’ is ambient and string-heavy, pulling at the emotions of Annette’s heartbreak and Sebastian’s regret. “This love is a strange love” is certainly an understatement.

Related: Hear similar songs on our playlist of songs about regret.

You Could Make a Killing – Aimee Mann

Sebastian sends Annette his journal to prove his love for her and get her to believe the truth. Annette reads the journal as ‘You Could Make a Killing’ plays. Annette’s hurt is put into words by the lyric, “I wish I was both young and stupid, then I too could have the fun that you did.” Sebastian messed with her feelings because of his naivety and recklessness, but Annette is the one left with the repercussions.

Kathryn is back at it again with her schemes and talks to Cecile’s mom to reveal the truth about Cecile’s relationship with her music teacher. ‘Addictive’ sings about deceit and manipulation and could be a theme song for Kathyrn’s addiction to causing chaos. It’s a great stand-alone song as well, though, with shredding guitars and catchy drums.

As ‘Trip on Love’ plays, Cecile sneaks out of her house to meet with Sebastian. The bright feel of the song, created by the blissful backing vocals and riffing guitars, matches the innocence of Cecile’s character. Though she makes some questionable choices, you can tell they often come from a place of naivety rather than malice.

‘You Blew Me Off’ is an angry, aggressive rock song about being ignored by someone you are attracted to. It applies well to Sebastian and Annette’s situation for most of the movie. In this scene, Sebastian is talking to his friend Blaine, complaining that Annette rejected him because someone told her about his reputation. He feels indignant and tries to think of a way to reconcile the situation.

‘Bitter Sweet Symphony’ closes out the movie with its cinematic strings and introspective lyrics. Kathryn gives a eulogy at Sebastian’s funeral, but people begin to leave halfway through because Sebastian’s journal, retitled “Cruel Intentions” by Annette, has revealed her true character. Then we see Annette driving away, reflecting on her tumultuous but ultimately loving relationship with Sebastian.