14 Songs from the Dazed and Confused Soundtrack 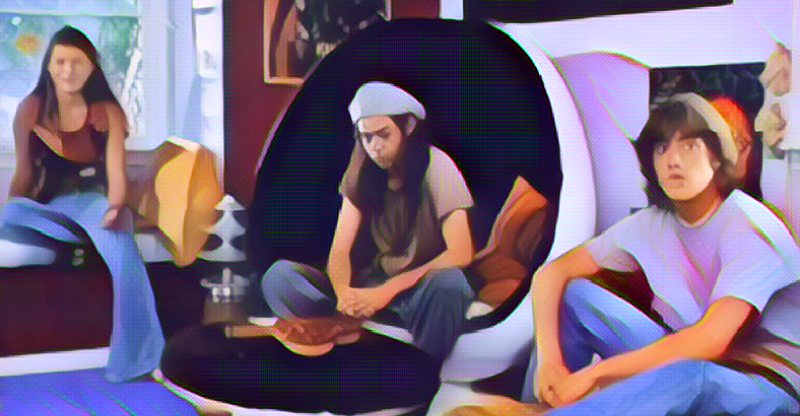 Dazed and Confused is a coming-of-age film that follows a group of high schoolers on the last day of school.

The seniors are trying to party and make the most of the day that will close this era of their lives, while the freshmen do their best to avoid being hazed by the seniors.

The Dazed and Confused soundtrack is full of ’70s rock and roll songs from various artists like Alice Cooper, which are characteristic of teenagers living it up and will take you right back to a keg party, highway speeding-filled youth.

‘Rock and Roll, Hoochie Koo’ sets the scene on the Emporium pool house, the hangout spot the characters return to throughout the movie. This rock song full of innuendo introduces the chaotic youthful themes of Dazed and Confused. Fun Fact: “Hoochie Koo” comes from the song ‘Hoochie Coochie Man’ by Muddy Waters.

A groovy song for windows-down driving, this number appears twice in Dazed and Confused. The first time, the characters are hanging out at the Emporium. The song is used again in the movie’s final scene, as the main group begins their road trip to buy Aerosmith tickets. As Pink puts it, getting these tickets was the “top priority of the summer,” making this scene the perfect closer.

The raspy grit of Alice Cooper’s voice is great for the comical scene of freshmen attempting to avoid the seniors. The seniors’ hazing rituals are notorious at this school, and the underclassman spends most of the movie trying (and failing) to outrun them. The jubilant exclamations of “school’s out for the summer” match the energy of these characters going through their last day of high school.

Related: Hear this song on our playlist of school songs.

The quick pace and suspenseful riffs in ‘Jim Dandy’ make it an excellent track for the car chase scene in Dazed and Confused. Long instrumental breaks take us through the twists and turns of the tension-filled car chase between the freshman and seniors—the seniors drunk on power, the freshmen apprehensive with fear.

This song has been used in a variety of entertainment (such as The Lego Movie 2 and Breaking Bad), and it’s a great representation of the main group of characters. ‘Tush’ plays as Pink, Don, Mitch, and Pickford is driving through town, wreaking havoc on mailboxes and windows. “I’m just lookin’ for some tush” shows that careless attitude- all these guys want is to have a good time and celebrate the end of high school.

Related: Looking for a good time? Listen to our playlist of good times songs.

A remake of the Everly Brothers version from 1960, Nazareth brought his dramatic, grating vocals to his version of ‘Love Hurts.’ The song is all about the pain that failed love can bring, saying, “love hurts, love scars, love wounds and marks.” This heartbroken take makes it seem like falling in love isn’t worth the potential pain of falling out of love and plays during the school dance.

Related: Listen to similar songs on this list of heartbreak songs.

‘Stranglehold’ plays during the keg party, and its overt sense of self-importance is mirrored in the egos of the senior characters. They feel on top of the world now that high school will soon be a distant memory, and they’ve got that mentality of “if a house gets in my way, baby, you know I’ll burn it down.” Nothing can stop them, and nothing is too much for them to handle (especially when it comes to hazing freshmen).

This song is about a rebellious girl made of trouble and features angsty lyrics like “can’t stay at home, can’t stay at school” and “hello, daddy, hello, mom…hello world, I’m your wild girl.” It plays as the teens are at the moon tower party, specifically focusing on Darla with a beer bong, who we think of as a cherry bomb herself.

Related: You can find this song on the list of the best songs from Guardians of the Galaxy.

Fox on the Run – Sweet

Sweet wrote this song from the perspective of a band singing to a groupie- a “fox on the run.” They sing, “I don’t want to know your name” because they don’t respect this groupie and her choices. The synthy rock song plays in the background as Wooderson delivers his memorably problematic line about women: “I get older, they stay the same age.” This sentiment pairs well with the objectification of a groupie as a fox.

Low Rider (On the Boulevard) – War

Low riders are a type of car representing the epitome of a person who is effortlessly cool. This funky track from War features horns and cowbell, playing as the teens drive around trying to figure out their plans for the night. ‘Low Rider (On the Boulevard)’ has a few variations from the original version, mainly heard in the heavier drums and artist features.

The waltzing feel of ‘Tuesday’s Gone’ combines with Lynyrd Skynyrd’s warbling vocals to create a nostalgic song that feels like a finale of sorts. As the beer bust in Dazed and Confused comes to a close, the characters can feel the simple times of high school coming to a close too. The apprehension for the future is heard in the lyric, “I don’t know where I’m going, I just want to be left alone.”

Related: Head over to our list of songs about Tuesday.

‘Highway Star’ is one of the songs used in the hazing chase, as Benny, Pink, and Donny head to the middle school and try to chase down freshmen. This Deep Purple hit is a heavy rock song about the love a man has for his car, showing us Benny’s love for rock music and his own car, as well as filling the scene with adrenaline.

Related: You’ll be blown away by our list of the best hurricane songs.

Rock and Roll All Night – Kiss

‘Rock and Roll All Night’ became a sort of anthem for Kiss and their fans, and the line “I wanna rock and roll all night and party every day” is recognizable to almost everyone, and it’s certainly relevant to this soundtrack! In the movie, this song plays as people arrive at the keg party, setting the viewer up to expect a raging party full of teenagers chasing a good time.

True to its name, ‘Paranoid’ is about a man who thinks he’s losing his mind. The frenzied bass line and Ozzy Osbourne’s distressed vocals certainly create that panicky feeling of paranoia. It matches one of the characters’ emotions as he starts to feel anxious when leaving the dance. The seniors are about to confront him, so this anxiety is quite warranted.