14 Songs from the Awesome Despicable Me Soundtrack 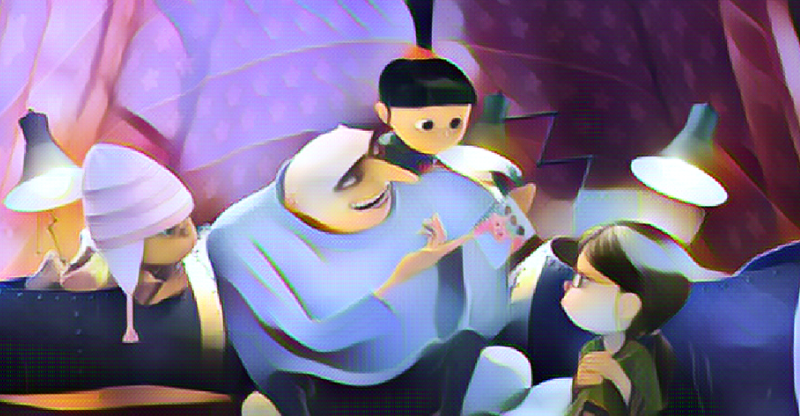 Despicable Me is an animated film that centers on Gru – a supervillain who has a change of heart and becomes a father – and his yellow minions.

The music from the film is one of its most fun features, with many songs written and performed by Pharrell Williams. Learn about the music from the Despicable Me soundtrack to get a better idea of how each song has its part in the film.

This track plays as Gru is being introduced to the audience. The song is mainly about having a bad day; Pharrell Williams was inspired by the frustrations of Los Angeles traffic while writing the lyrics. The song is designed to highlight the more negative aspects of Gru as a character.

Related: Stuck in traffic? Here are some more songs about cars and driving.

Audiences can hear this track as Gru and the girls spend some time at Super Silly Fun Land. The lyrics are about a kid who is excited to have “fun, fun, fun, fun” over summer vacation and is relieved that school is out for the season. He tells his parents they have to help him have fun over the coming months. This song is one of the most well-known ones from the original motion picture soundtrack.

Related: Have some fun with this summer songs playlist.

I’m on a Roll’ appears on the Despicable Me soundtrack and Destinee & Paris’s 2011 album Heart of Mine. The lyrics are about a female protagonist who wants someone to take a chance on her—romantically–because she has been seeing success in life and experiencing great luck in all areas.

Related: If you’re on a winning streak, check out the best victory songs.

The Minions dance to this track that’s all about them at the very end of the movie; it was written with their mischievous behavior in mind to highlight their personalities. The lyrics explain what they do for Gru as his minions and talk about how they will steal the moon.

This song frames the scene where Gru learns about the Boogie Robots from Dr. Nefario. It’s a classic, dance-worthy disco track from 1976 about having the “boogie fever” with someone special and wanting to listen to music and move to the rhythm wherever you go—including the pizza parlor and the drive-in movies.

Robin Thicke’s ‘My Life’ ends the film and plays into the end credits. Its lyrics tell a happy and sweet romantic story about a protagonist who meets a special woman and whose life has turned around for the better due to having her in his life.

This song can be heard as everyone pitches in to get the robot built during a montage scene where audiences see the building process. The song talks about Gru’s relationship with the three girls he is now caring for, as they have softened his heart and led to him taking on a fatherly role in each of their lives.

Related: Check out our list of songs about family.

Pharrell Williams speaks directly to Gru’s rocket in the lyrics of ‘Rocket’s Theme,’ talking about how the rocket could change lives for the better and send them to the moon. The song is featured on the Despicable Me soundtrack. Big Sean has also sampled this piece in his song ‘Nothing Is Stopping You.’

Related: Head to the moon with these songs about space exploration.

You Should Be Dancing – Bee Gees

‘You Should Be Dancing’ is one of the most popular disco songs of all time. It plays as the girls dance at the end of the film. The narrator talks about the woman in his life who is adventurous and encourages him to dance. The song was also featured on the Saturday Night Fever soundtrack in 1977 and in a famous disco scene in the film.

Agnes sings this song after bedtime while playing with her unicorn. It is also used in a Despicable Me short film and differs depending on what version you are hearing. It’s a simple track with repetitive, childlike lyrics about how much the girl loves the mythical unicorns that her toy represents.

‘Soñar (My Life)’ appears on the Despicable Me soundtrack as an iTunes-only exclusive digital track. It’s a light, romantic song lyrically, with lines about feeling great when you are with someone who makes you happy. It also tells the story of how the protagonist met such a love interest.

The film opens up with this classic favorite, which plays during the opening credits before audiences learn about the main character Gru. It also appears on both soundtrack albums for the film. The lyrics are an ode to Alabama and Muscle Shoals Sound Studios, where Lynyrd Skynyrd recorded in the early 1970s.

Related: This song is also on The Girl Next Door soundtrack.

This is a classic Brazilian track also known as “The Girl from Ipanema.” It appears on the Despicable Me (More Music) soundtrack album. The original lyrics were written in Portuguese, but the song’s producer eventually translated them into English. It talks about a tall and lovely girl who inspires those who watch her walk by.

The Minions sing this track on a microphone in a humorous scene at the department store. It is only available on the Despicable Me (More Music) soundtrack album. It tells the tragic story of a couple named Lola and Tony and details how much Lola suffers after Tony passes away.

Related: If you lost a loved one, here are the best songs about grief.