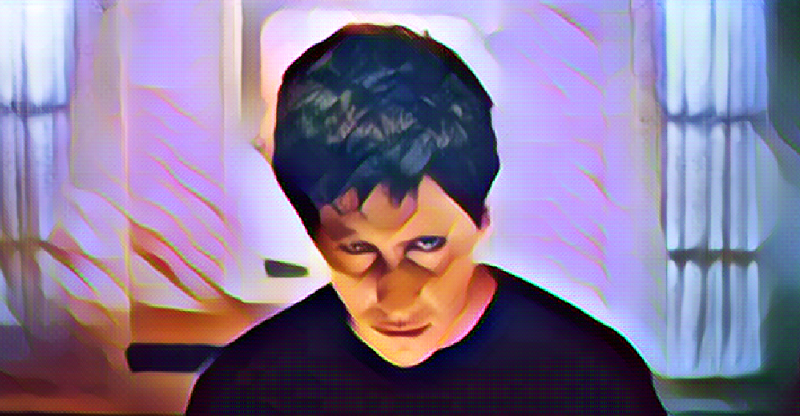 Fans of psychological thrillers know Donnie Darko well; it is considered one of the best movies of all time and gained a cult following after its release. The film follows Donnie Darko as a horrific giant rabbit tells him the world will soon end.

If you are curious about the movie, learn more about it by exploring the songs on the Donnie Darko soundtrack. With a variety of popular songs and haunting scores from Michael Andrews, you’ll find that the music certainly contributes to the horror in the film!

The lead singer of INXS, Michael Hutchence, wrote this song’s lyrics about an instant connection between two love interests when “(t)two worlds collided” that will last forever. The Director’s Cut of the film includes this track in the film’s opening and is featured on the 2004 soundtrack album.

Related: Here are the best love at first sight songs.

Head Over Heels – Tears for Fears

‘Head Over Heels’ begins playing as the students leave the school bus. The track takes a darker, possessive turn toward the end, making it suited to the dark film. Roland Orzabal and Curt Smith of Tears for Fears wrote the song, where Orzabal serves as a protagonist who has fallen for a woman and begs her not to hurt him.

Related: Check out our list of songs about school.

Under the Milky Way – The Church

Audiences can hear this when Donnie and Gretchen kiss at the party. It was one of The Church’s biggest hits. The haunting track talks about laying “under the milky way” abstractly and reflectively. It was written to be a meditative piece in which audiences can lose themselves.

This is a short instrumental score from the Donnie Darko soundtrack. It has an unsettling sound and a modern electronic edge fit for the film’s era. It fits in with another short instrumental track on the album, ‘Lucid Assembly,’ also written by Gerard Bauer and Mike Bauer.

Here’s a short instrumental piece from Donnie Darko that could be considered a companion to ‘Lucid Assembly’ on the same soundtrack album. It has a more energetic feel than that track has but utilizes a similar electronic beat and uneasiness. It is also written by Gerard Bauer, along with Sam Bauer.

‘Ave Maria’ only plays in the Director’s Cut of the film and also appears on the soundtrack album. It is unknown who wrote the piece, but it is often attributed to Giulio Caccini. It is an Italian classical song with lyrics directly from the Catholic ‘Hail Mary’ prayer.

For Whom the Bell Tolls – Carmen Daye, Steven Baker

Donnie sees Frank at the movies when this track is heard. The lyrics seem to be unknown, but the song appears to be in German and is similar to the classic song ‘Ave Maria,’ which also features in the film. It is one of many tracks in the film with a haunting sound that fits its horrific elements.

Here’s a song that’s featured on the updated 2004 soundtrack album for Donnie Darko. It presents a narrator who asks someone else to teach her about the world and help her understand all that makes her feel uncertain in life. It has a haunting sound fit for the dark film.

Related: Seize each day with these songs about living life to the fullest.

‘Notorious’ plays when Sparkle Motion performs their dance routine on stage during the film. It is a purposely abstract piece but seems to be about a female protagonist who is famously untrustworthy but equally attractive to her love interests. In addition to appearing in the film and soundtrack, it was Duran Duran’s lead single from their album of the same name.

Related: Trust is important, so here are the best trust songs.

This is one of the songs that play during the film’s party scene. Its lyrics even mention a party, but the track’s central theme is desperately begging someone to stay with you for one more night to see if things can still work out romantically.

Joy Division’s lead singer Ian Curtis was inspired to write this anti-love song while divorcing his wife Deborah Curtis in a particularly dramatic split. It was a sarcastic response to The Captain & Tennille’s ‘Love Will Keep Us Together.’ Donnie opens the door for Gretchen at the party when this is heard in the film.

Related: This song also features on our list of the saddest songs.

The Killing Moon – Echo & the Bunnymen

Echo & the Bunnymen’s lead singer Ian McCulloch has said that this interesting track is meant to be open to interpretation so each listener can have a unique and profound experience while listening to it. This track plays at the beginning of the movie while the opening credits are rolling and Donnie rides his bike home after his encounter on the road.

Related: You may recognize this one as one of the songs on The Girl Next Door Soundtrack.

‘Mad World’ was originally performed by Tears for Fears, but Gary Jules popularized it in Donnie Darko. The lyrics depict a depressed young person reflecting on the injustice and cruelty in the world. Adam Lambert’s cover performance on American Idol also helped him find popularity. This song can be heard when the plane engine falls on the house near the film’s end.