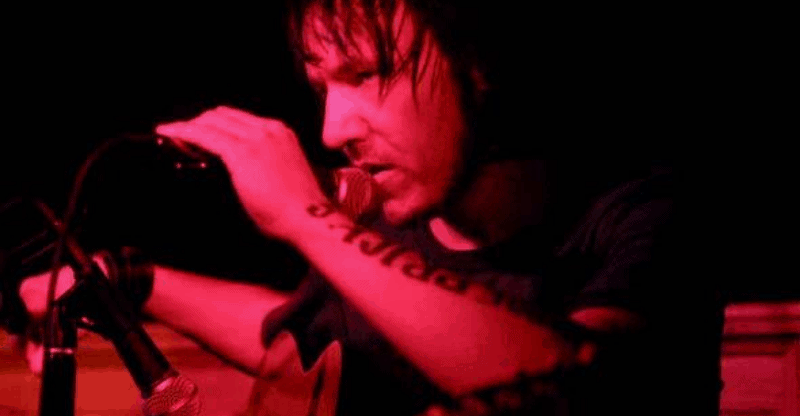 Elliott Smith was one of the greats.

By the end of his tragically short life (he died in 2003 at the age of 34), he’d become an accomplished guitarist and songwriter, penning some of the best songs of the last thirty years, from the moody Needle in the Hay to the buoyant Waltz #2 (XO).

In this article, we’re going to pull back the veil on how he created his sound and show you the gear he used.

As he transitioned into his solo career as guitarist in band Heatmiser, he borrowed a flattop parlor guitar called a Regal Le Domino.

This was a cross-braced rather than ladder-braced guitar, making it particularly loud. Smith recorded the songs for his first lo-fi album Roman Candle on it, using a four-track tape machine and single microphone. 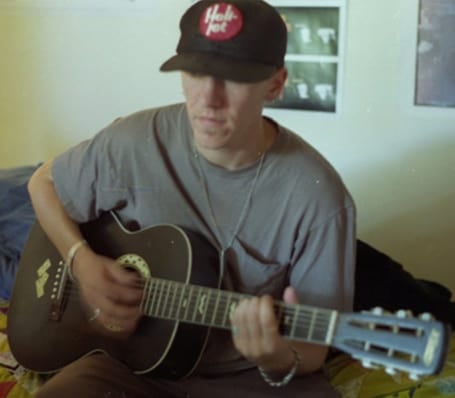 Once established as solo artist, he played a cheapish 1970’s Yamaha FG180 Red Label and on the odd occasions the Yamaha FG402.

When quizzed about why he chose to play a relatively cheap guitar, he said:

“it’s a real standard-looking guitar. It’s big and loud and made out of light wood. I don’t use a pick when I play most of the time, and I chew my fingernails, so it’s a good guitar for me because it’s really loud.” 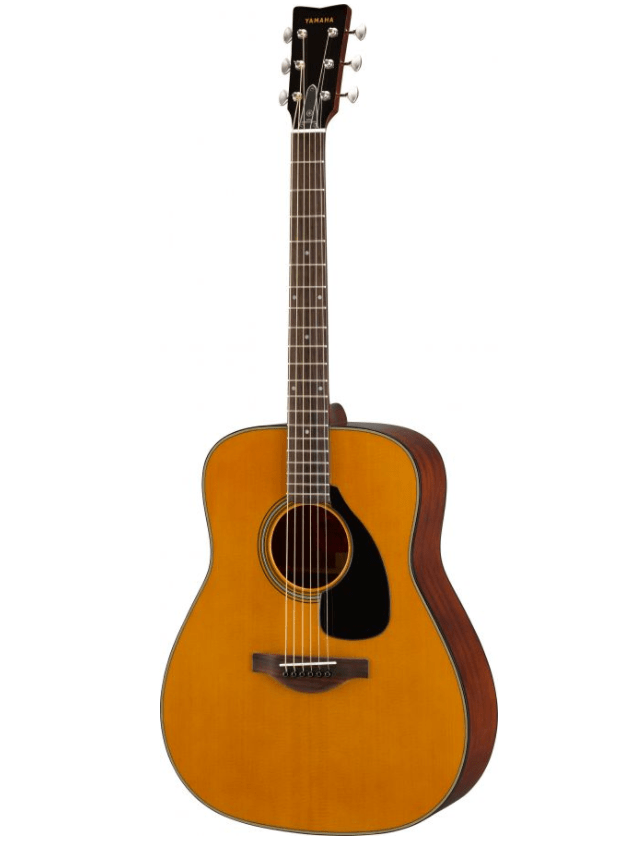 For the Yamaha, he preferred to use a metal soundhole pick up:

“I go direct,” he said. “I have one of those pickups that fits in the soundhole, a Lawrence. It was real cheap, like 40 bucks. it’s the only one of those I’ve seen that has a metal cover instead of wood or plastic. I like it a lot better than a bridge pickup. it doesn’t sound glassy or slick.”

In contrast to the budget Yamaha he played, he also favored using a high-end Gibson J-45, which he used with a Rare Earth Magnetic Soundhole Pickup.

While Elliott Smith is mostly known for his acoustic work, he played plenty of electric guitars too. When it came to electric, his instruments of choice tended to be the Gibson ES-330 with a Vibrato Bigsby tailpiece.

The first channel, with simple volume and tone controls, is derived from a classic Vox AC-30. The second channel comes from the classic Vox AC-30 “Top Boost” and features: Volume, Treble, Mid, Bass, Master Volume (source). It’s a classy bit of kit, and with a classy price tag to boot. 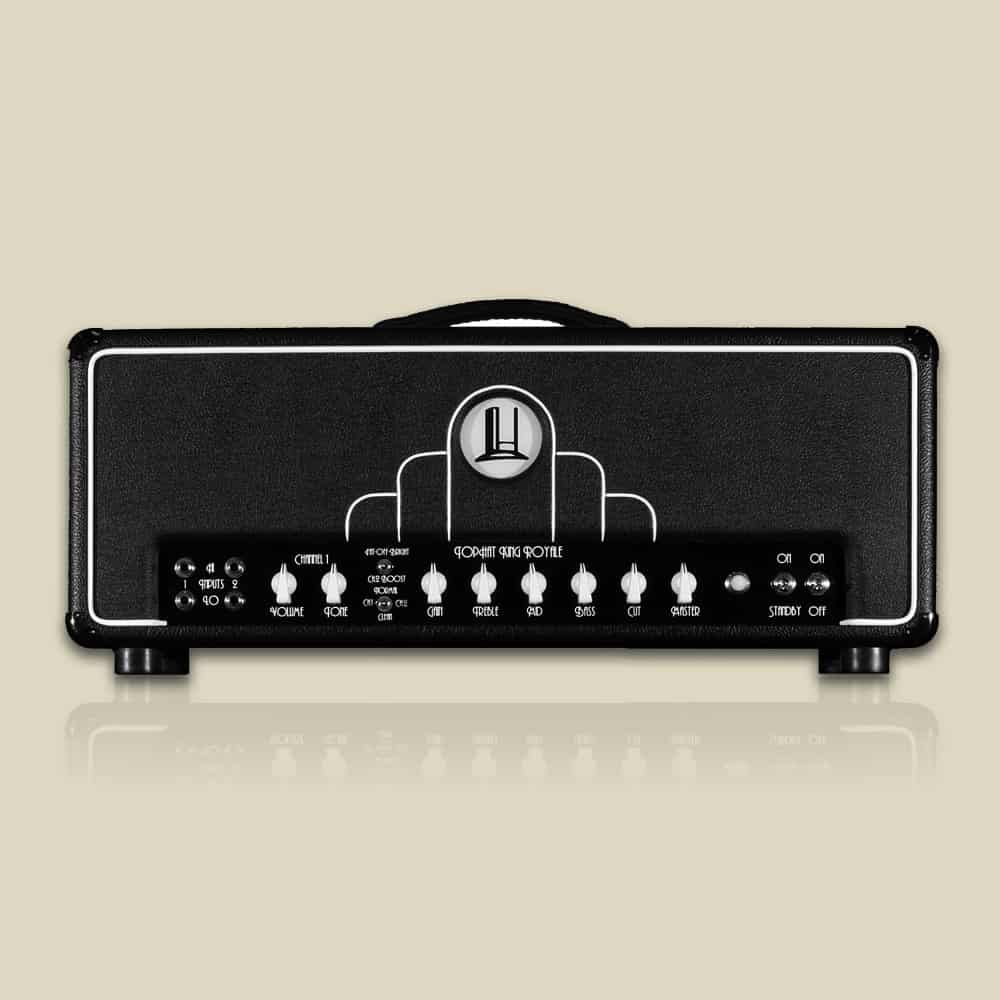 Elliott evidently had a thing about the Vox AC-30 sound – he was also seen playing a Vox AC-30 on the Conan O’ Brian show (playing his song ‘Son Of Sam’).

Elliott used a Line 6 DL-4 delay modeler on some of his electric songs (Blur’s guitarist Graham Coxon is also a fan). The array of delay effects is mind-boggling, from gritty and psychedelic to pristine and heavenly.

Traditional stompboxes sometimes add unwanted color to your sound when applied to the front end of your amp. The Phatman circuit lets you hear the true tone of your amp and guitar.