18 Famous Black Country Singers You Should Listen To 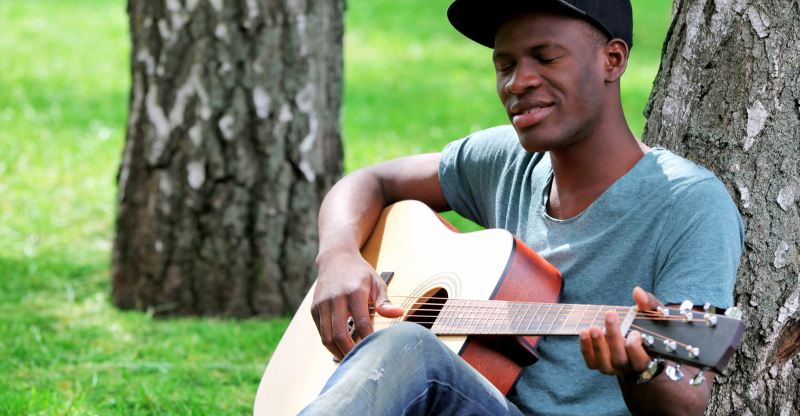 Since country music’s humble beginnings, black country artists have greatly impacted the country music scene. From the blues-tinged hits of the ’50s and ’60s to the soul-sational country music of the ’90s, African-American artists’ contributions to country music have been wide-ranging and unique.

From well-known figures like Kane Brown and Charlie Pride to early pioneers like Lesley Riddle, take a listen to this list of famous black country singers.

Rapper Lil Nas X went viral in 2019 with his song ‘Old Town Road,’ a countrified rap about small town living and traveling by horseback. The tune became so popular that country icon Billy Ray Cyrus even sang on a remix of the hit. Lil Nas X spent most of his life as an outsider. He came from humble beginnings, growing up in a small city near Atlanta, Georgia. Though he had since signed with Columbia Records, when ‘Old Town Road’ topped both hip hop and country charts, he was an independent artist.

Country crooner Darius Rucker started as the frontman of one of the ’90s most popular bands, Hootie and The Blowfish. Though the group still performs together and releases music, in 2008, he also embarked on a solo career in the country genre and released a best-selling country album. His sultry baritone voice and emotive songwriting made him an ideal Nashville act. His first single, ‘Don’t Think I Don’t Think About It,’ shot straight to number one. He became the first solo African-American artist since the 1980s’ Charlie Pride to take the top spot in the country charts.

One of country music’s most iconic singers, vocalist Charley Pride, started as a professional baseball player. But eventually, he pursued a long-awaited career in music and made waves in the ’70s with his mega-hit ‘Kiss an Angel Good Morning.’ At the time, country music was considered to be an all-white genre. But that didn’t stop Pride from racking up hit after hit well into the ’80s. He was initially known as country music’s first black singer and is now considered one of the genre’s most iconic singers.

Related: Hear this song on our playlist of the best angel songs.

Native Texan Mickey Guyton grew up listening to various musical genres. She developed her own style, combining R&B, soul, and country genres for a dynamic contemporary country sound that caught the attention of Capital Records. Her emotionally stirring songs like ‘Black Like Me’ earned her a Grammy nomination in 2020. She became the first African-American woman nominated for the Grammy’s Best Country Solo Performance category.

Musician Rhiannon Giddens’ compelling ancestral tree influenced her musical preferences. The vocalist is also a talented instrumentalist, playing the banjo and fiddle. Her African, Native American, and European background exposed her to a wide range of musical tastes. Via her solo work and work as leader of the Carolina Chocolate Drops (she hails from Greensboro, North Carolina), she blends old-timey folk, delta blues, and Americana stylings together to create a haunting, authentic sound.

Related: Check out a Rhiannon Giddens song on our playlist of mountain songs.

Musician Cleve Francis started out as a successful cardiologist for many years. Bitten by the music bug from a young age, eventually, he had to see if he could make it with a career in music before it was too late. By the 1990s, he had signed with Liberty Records after label representatives caught wind of his single ‘Love Light.’ He subsequently released several records, charting four times with singles, including his popular tune ‘You Do My Heart Good.’ Though he is now a successful country singer, he still maintains his medical practice in West Virginia.

When vocalist Kane Brown learned he’d have a hard time making a name for himself as a country artist in public, he turned to social media for help. While people running live shows expected him to sing R&B music because he was African-American, he could make direct connections online and be authentic. Raised in rural Georgia and Tennessee mountains, his deep voice and love of country music caught the attention of Nashville. In 2017, Brown became the first artist to secure a number one hit across five different Billboard charts at the same time.

Related: This song features on our list of the best songs about going to heaven.

Songwriting legend Ray Charles is known in the industry as “The Genius,” and that’s for a good reason. He was the first to begin truly fusing soul, country, blues, and R&B genres in the ’50s. By the 1960s, he had genre-defying success with timeless smash hits like ‘Georgia on My Mind.’ Charles grew up in Albany, Georgia, and developed blindness at an early age. Though he spent years as a struggling musician in Florida, Atlantic Records would eventually take a chance on him in ’52, ultimately catapulting him to enduring fame.

Related: Find a great Ray Charles song on our list of songs with rain in the lyrics.

Blues musician Lesley Riddle profoundly influenced the singing family band, the Carters (the most notable Carter being Johnny Cash’s wife, June Carter). His southern Tennessee drawl, paired with Piedmont-style picking and slide guitar techniques, helped shape the sound of country music in the ’50s and ’60s. Along with Carter family matriarch Maybelle Carter, Riddle recorded several songs with them, including ‘Cannonball Blues’ and ‘I Know What It Means To Be Lonesome.’ When Riddle was only 22 years old, he lost most of his right leg due to a farming accident.

Formed in 2005 after several band members attended a banjo conference for African-American players in Boone, North Carolina, The Carolina Chocolate Drops are an old-time string band featuring rare instruments like the washboard and brushes. Highlighting traditional African musical roots, the band has performed their tunes at the Grand Old Opry several times, and their albums have scored Blues Music Awards for Best Acoustic Artist.

“Hick hop” pioneer Cowboy Troy was the first to introduce country music fans to the country rap subgenre in the early 2000s. In 2005, his debut album Loco Motive took the second spot on the country charts, and his debut single ‘I Play Chicken with the Train’ became the top country single download on iTunes. The rap artist’s collaboration with country duo Big & Rich brought his talents to mainstream radio; his rap skills are featured in Big & Rich’s hit single ‘Rollin.’

Curb Records alum Trini Triggs scored a few chart-climbing singles in the late ’90s while releasing music on the longtime Nashville label. The Louisiana native is known for his classic cowboy hat and memorable tunes like ‘Horse to Mexico’ and ‘Straight Tequila.’ In 2013, he released a compilation album, The Best of Trini Triggs, featuring his most popular singles.

Petrella, also known as Petrella Ann Bonner, gained the title of “The First Lady of Country Soul” several years ago. Blending the two genres, her sultry vocals and high-energy performances span decades of work. Throughout her career, she has released eight albums. Named “Songwriter of the Year” by the Tennessee Songwriters Association in 1994, she went on to tour the US and had multiple songs placed on the Billboard Top 100 Country Singles charts.

Country musician Miko Marks is a triple threat. The singer and performer have also done her own songwriting over the years, an unusual feat in the country music genre where many performers utilize different songwriters for their albums. Born in Michigan, she would ultimately move to California to pursue a music career. While there, she was named the Best New Country Artist by New Music Weekly Awards in 2006. Soul singer and songwriter Erykah Badu appeared in one of Marks’ early music videos. After a ten-year hiatus, she released another album in 2021 titled Our Country.

Crossover artist Aaron Neville has enjoyed success in the soul/R&B and country genres over the years. Neville seamlessly paired the two genres in the ’90s by releasing a George Jones cover of ‘The Grand Tour,’ which received great critical praise. He further cemented his soulful influence in country music by participating in an album project which paired off R&B artists with country artists for duets. For the Rhythm, Country, and Blues album, he recorded Patsy Cline’s ‘I Fall to Pieces’ with country singer Trisha Yearwood.

Related: You can hear an Aaron Neville hit on our list of songs about phone calls.

Atlanta Live co-host Carl Ray has released several bonafide country albums over the years. The entertainer has produced albums like Play That Country Music Black Boy (you’ve got to love that title) and Coming Home. The tenor vocalist has made a name for himself in the country music industry by meshing bluegrass stylings with classic country tales.

During Jimmie Allen’s early career, after falling on hard times in Nashville trying to break into the music scene, he auditioned for American Idol and made it through the first few rounds. After seeing him perform during a showcase, Broken Bow Records (former home of Jason Aldean) signed Jimmie Allen to one of their smaller labels, Stoney Creek. His first two singles, ‘Best Shot’ and ‘Make Me Want To,’ scored him the Country Music Association Award for New Artist of the Year in 2018. He was only the second African-American artist since Darius Rucker in 2009 to receive the award.

Related: Head over to our list of songs about tractors for another Jimmie Allen favorite.

Atlantic Records artist Breland takes a hybrid approach to the country music he makes by fusing gospel/ R&B genres with contemporary country songwriting. Growing up in a family of ministers, his gospel roots provided a strong foundation as he explored other types of music like rap and soul while studying at Georgetown University. His work in the country genre has been well-received, with several artists like Sam Hunt, Walker Hayes, and Mitchell Tenpenny collaborating with Breland for his debut EP.