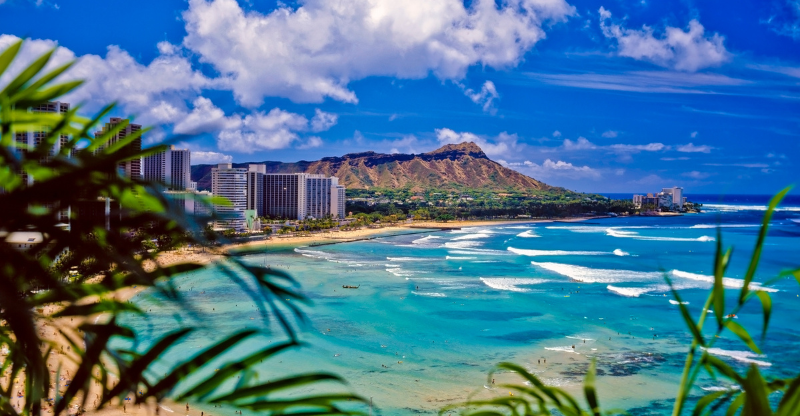 The Aloha State, the Paradise of the Pacific, Hawaii is the only U.S. state outside North America. And a little-known fact – it’s also Earth’s most isolated population center (which might explain how its customs and traditions have endured for so long). In this post, you will learn more about this fascinating tropical state by exploring some of the most famous Hawaiian songs that are symbols of pride for its citizens.

So grab your Hawaiian shirt – we’re doing this!

Over the Rainbow – Israel Kamakawiwoʻole

This is a cover of the Judy Garland song from The Wizard of Oz, with a Hawaiian twist by Israel Kamakawiwoʻole. Played on the native Ukulele, the lyrics are about finding a new place to escape to. It encourages listeners in that it points out the possibility that dreams really can come true.

Related: This one also features on our list of memorial songs.

This romantic track by Kealiʻi Reichel finds its narrator looking for that missing “other half”. On a more universal level, the song explores the human tendency and need to search in order to make life better. The lyrics are in the Hawaiian language.

Here’s a very classic track dating back to 1877! Queen Lili’uokalani wrote it while she was the Princess of the Hawaiian Kingdom. It is her most famous release and is a well-known cultural symbol in Hawaii. It seems to find the narrator saying goodbye – possibly to a person, to Hawaii, or both.

Don Ho’s signature hit finds him having a happy and carefree time in Hawaii. He also seems to be spending time with a special someone who he doesn’t want to lose: “And here’s a kiss / That will not fade away.”

Higher Than the Clouds – Anuhea

Anuhea wants a love interest to join her in admitting their feelings for each other and getting vulnerable about their emotions. She says she won’t feel pain when she is with this guy, as that is how happy, strong and hopeful he makes her feel now that they are in each other’s lives.

This was the lead single from Kimie’s album, Proud as the Sun. The song is a real-life story from Miner’s past that shows a breakup can lead to a stronger relationship down the road. The hook came to the singer while driving home one day.

The Fish and Poi – Sean Na’auao

‘The Fish and Poi’ is a celebration of Hawaiian foods. It’s a huge hit in Hawaii and a popular karaoke track there. The lyrics tell of a man who misses his Hawaiian home and calls up his friends there to look forward to the food he will eat when he returns.

Related: This isn’t really a fishing song, but hey ho, it’s close enough! Check out our list of fishing songs.

I Miss You My Hawaii – Na Leo Pilimehana

The narrator here, Na Leo Pilimehana, misses her home of Hawaii. Everything she sees, hears, and does reminds her of living there. She is homesick and grieving to the point of tears: “I watch the setting sun and I begin to cry/Because I miss you, my Hawaii.”

About You – Cecilio & Kapono

Here we meet a protagonist who has learned everything about someone who seems to be a love interest. He cares about this person but says that no one else understands their subtle connection. He says it is up to her to take their relationship to a new level, because he is confident that they should be together: “Won’t you come and help make up my mind / You know it’s up to you.”

The protagonist of this track sings of the island Ku’uipo. He sings of its beauty and specialness and says that it is the only island of its kind. He also seems to reminisce on his happy memories on the island and talks about how it helped to form the person he is today.

This is a love song that was written way back in 1926. Charles King composed it for his operetta titled Princess of Hawaii. The title translates to ‘Waiting Here for You’ in English. Several notable artists have covered it since its original release, including Elvis Presley, Andy Williams, and Julie Rogers.

‘Hi’ilawe’ as sung by Gabby Pahinui may have been the first Hawaiian song to be recorded with slack-key guitar music; it was a huge inspiration for numerous Hawaiian musicians when it was released. The Hawaiian lyrics tell of a love affair that takes place at two waterfalls. The protagonist criticizes the way that others gossip about the situation.

The track was mostly based on a traditional chant from Hawaii called ‘Mele Inoa no Kalakaua,’ which means ‘Name Song for Kalakaua’ in English. It talks about a bird species native to Hawaii and the final king of the Kingdom of Hawai’i who wore this now-extinct species’ feathers as a cape. It was also the opening track for the 2002 animated Disney film Lilo & Stitch.

Home in the Islands – The Brothers Cazimer

The Brother Cazimer tell listeners that they wouldn’t want to be anywhere else but the islands of Hawaii. They like the laid-back atmosphere where they can enjoy the natural beauty around them while surrounded by family and friends. They are at home here after feeling lonely and homesick elsewhere.

Hapa’s song has a title that translates to ‘The Plants of the Sea’ in English. As the title would suggest, the song talks about the beauty and enchantment of Hawaii’s sea plants. It presents the plants in their simplicity as well as their beauty.

It seems that the narrator here leaves and returns to Hawaii frequently. It isn’t easy for him to do this, since every time he returns to Honolulu, he has a wonderful time with his friends. It’s obvious he loves this place like a person: “You are my island sunset / You are my island dream.”

This is a love song dedicated to Kalokuokamaile, Kamehameha the Great’s half-brother (Kamehameha the Great unified the Hawaiian islands in the 1800s). This narrator needs to know if her love will return her feelings, as she would go to great lengths for him. The song was released by Paula Fuga in 2006 on the album Lilikoi.

It isn’t entirely clear if Eddie Kamae is only singing of morning dew or if he is referring to a love interest in this classic. In any case, he wants to remain at Mānā forever, as he is happy in a peaceful way.

This song shows listeners that Hawaiian natives still see Americans as conquerors of their land. It is both a cheerful song and a sad one that is sung in Hawaiian and serves as a good introduction to the Hawaiian islands as well as music from the state.