35 Feel Good Songs to Brighten Up Your Day 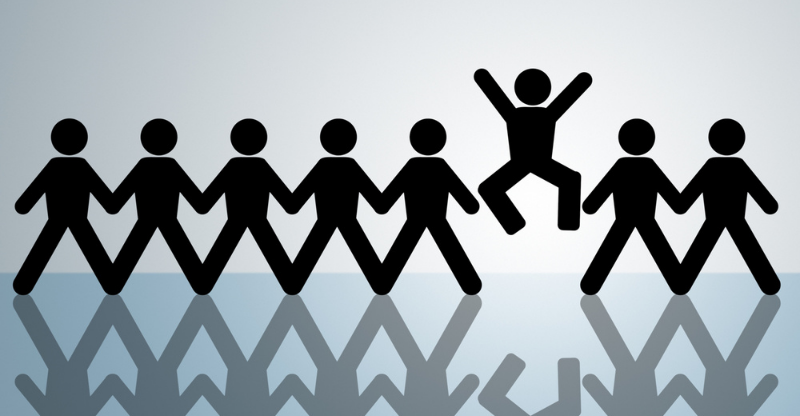 Sometimes, music is all we have left.

You’re beaten. Downtrodden. Having a shocker. And you hear a song and it totally turns your day around.

That’s the power of music. And that’s what this playlist is all about.

So here’s our pick of the best feel good songs to brighten up your day and put you in a good mood. Some you’ll already know, others less so. Listen with an open mind, they all have a sprinkle of magic in them.

This track about luck – in the romantic interest sense as well in the more general, universal fortune sense – marked a switch from House to funk-style music for Daft Punk. Pharrell Williams is featured on the vocals while legend Nile Rodgers adds some delectable guitar chops.

‘The Nights’ is about living life well. It’s also an ode to uncredited vocalist Nicholas “RAS” Furlong’s father. The track’s demo was sent to Avicii’s manager, which led to its eventual release.

Related: check out our list of songs about seizing the day.

Iggy Pop sings of a hard lifestyle in this upbeat track. The title comes from a 1956 film based on a book about the life of Vincent Van Gogh. The song was co-written with David Bowie, who composed it on a ukulele.

‘The Seed (2.0)’ speaks of a very specific and shocking form of infidelity – though many of the lyrics are hard to interpret, as they are quite vague. The song is unique in that it doesn’t conform to any specific genre.

This Maroon 5 hit is all about impressing a romantic interest with Mick Jagger-like dance moves. Auto-Tune was used in this track to add effect, rather than to correct pitch. It was released alongside a live premiere by Maroon 5 and Christina Aguilera on The Voice in the United States.

Related: see our list of songs with whistling in them.

Valerie refers to Zutons lead singer Dave McCabe’s friend Valerie Starr, who was going through a hard time after a brush with the law and inspired this track. Amy Winehouse covered the song in 2011, when it became a hit for Winehouse and Mark Ronson.

Related: see our list of songs with women’s names.

Gorillaz focuses on the various things people do to feel good in this piece. The track also encourages people to focus on making others feel good rather than looking for shallow or destructive ways to improve one’s own happiness. It’s been featured on numerous soundtracks in popular culture as well as an Apple advertisement.

I Got a Feeling – Black Eyed Peas

When it comes to happy songs, this one is always pretty high up on people’s lists. Black Eyed Peas aimed to make a college party anthem with this hit, which focuses on feeling good by having fun and forgetting about one’s cares for a little while. It samples David Guetta’s international hit ‘Love Is Gone;’ Guetta also co-produced the BEP release.

Related: see songs about having a good time.

This catchy tune is about those special people that can make any day “A lovely day.” Bill Withers was inspired to write these sunny lyrics by co-writer Skip Scarborough and his optimistic personality. The track has been covered by numerous artists over the years and made appearances in popular culture.

Despite its sunny sound, this was actually written about a group of student protesters in China and criticized propaganda. It’s an interesting piece in that it switches to Waltz time midway through the track. It was used to introduce the television sitcom Friends until the show’s iconic theme ‘I’ll Be There For You’ was written by The Rembrandts.

This song was written about three guys with a sort of magic bond. It’s also about De La Soul member Pasemaster Mase’s life. It samples a segment pulled from ‘Multiplication Rock,’ a song from the American children’s show Schoolhouse Rock!

‘Feel The Love’ says to listeners, “I can feel the love/Can you feel it too,” which sums up its meaning fairly well. John Newman co-wrote this track as well as features on it, all while facing a brain tumor. He first heard the song while getting ready for an operation and said that he felt that things would be okay after hearing the uplifting piece.

You wanted a song with good vibes? Well, this one has it in spades. ‘Lonely Boy’ is about waiting on love from a romantic interest that treats you poorly. It also has a pompous air with the lyric “Well I’m so above you/And it’s plain to see.” It’s the first single from Black Key’s seventh studio album, El Camino.

Related: this (of course) features on our list of lonely songs.

Justin Timberlake sings of being in a good mood and having fun dancing in this hit track, which was written for the animated film Trolls. While Timberlake has said that he wouldn’t have written the song if it wasn’t for the film, he has also said that it inspired him to write many other songs that followed.

This track refers to the love for your favorite people that stick with you no matter where life’s journeys take you. This was the first American hit for Michael Franti. Before forming the band Spearhead, Franti had a few minor hits in the United Kingdom.

Related: see our list of ‘falling for you’ songs and songs about sticking together.

Dawn Penn sings of the lost, hopeless feelings that arise after a bad breakup. It was based on a 1960 Willie Cobbs track of the same name – which was based on yet another song, 1955’s ‘She’s Fine, She’s Mine” by Bo Diddley.

Originally written by Neil Diamond and performed by The Monkees, ‘I’m a Believer’ was covered by Smash Mouth for the animated film Shrek in 2001. It’s about meeting someone very special and believing in romantic love for the first time. Diamond released his own version in 1967, as well.

Related: see our playlist of all the songs from Shrek.

Beyoncé sings of a love that makes you feel a bit crazy in this hit. The distinctive horns were sampled from the 1970 track ‘Are You My Woman (Tell Me So)’ by The Chi-lites.

We could have easily added ‘Uptown Funk’ here, but here’s another Mark Ronson track that’s just as much a feel good song. As the title suggests, this song is all about feeling good and right in life. Mystikal ended up being featured after a chance meeting between Mark Ronson and the rapper in the studio.

This song is mainly about kicking bad habits and the struggles that accompany such a change. The complex guitar riff is one of the most distinctive elements of the track.

Related: this classic appears on our list of snow-inspired songs.

Here’s a classic that is all about standing up against evil and succeeding in life by turning to God. It’s the opening song for Prince’s film Purple Rain.

The lyrics of this track are all about dancing and having a good time. Marvin Gaye actually created it as a parody of the disco genre after feeling pressure to release a disco hit.

Me And Julio Down By The Schoolyard – Paul Simon

Paul Simon sings of two boys from different backgrounds getting in trouble. The inclusion of a Latin name left a positive impact on Spanish-speaking listeners for years to come.

Related: see our list of other songs with whistling in them.

While it sounds upbeat, this track is really about the struggles that go into holding a relationship together. It hit Number One on the Hot 100 in the United States on 13 December 2003 and stayed there for an impressive nine weeks.

It may be hard to tell at first, this song’s lyrics are about defending and protecting a female friend. It was released on what would have been Buddy Holly’s 58th birthday; Holly’s name was used as the title to evoke feelings of nostalgia that fit the song well.

Rain on Me – Lady Gaga and Ariana Grande

This collaboration was inspired by traumas that Lady Gaga and Ariana Grande experienced as public figures. It’s about keeping hope and persisting through sadness and pain.

Related: this appears on our songs about surviving playlist.

This song is all about having fun and being proud of who you are, even if others try to make you feel insecure. Taylor Swift directed the song primarily at the media and its criticism and gossip surrounding her.

Mr. Blue Sky’ is about the sky clearing after rain, both literally and figuratively. It was inspired by a sunny sky after two weeks of persistent rain.

This good times song is about feeling sky-high and unstoppable, which can be viewed in a positive or negative light depending on how you look at the lyrics. They do refer to an out-of-control time in Freddie Mercury’s life. Mercury wrote the lyrics and music in Switzerland on the piano.

Related: Don’t Stop Me Now is also a brilliant karaoke song (with the opener “tonight, I’m gonna have myself a real good time”). See our playlist of the most popular karaoke tunes.

Here Comes The Sun – The Beatles

Stevie Wonder sings a tribute to music in general and Duke Ellington specifically with this track. Ellington was a huge influence on Wonder.

I Got You (I Feel Good) – James Brown

Sometimes, a happy relationship is enough to make you feel happy. That’s the type of feeling that James Brown is singing about in the hit track that would become his definitive song. It’s a reworking of the 1962 song Yvonne Fair song ‘I Found You’ and is literally made for the dance floor.

This song has an anti-violence message and centers on Bob Marley’s Rastafarian beliefs. it was an unfinished Marley track Zion refers to the Rastafarian “promised land,” which is Ethiopia. The lion represents Haile Selassie I, who is regarded as the Messiah by Rastafarians.

Mike Oldfield wrote this track after John Lennon’s murder, and it is generally considered a tribute to Lennon. The lead vocals were provided by Maggie Reilly, who appeared on several albums of Oldfield’s.

Related: see our playlist of songs about light.

This Blur track was written as a parody of grunge music. It’s also known as “Whoo-Hooo,” which is a lyric that appears in the chorus. While the song was mostly a joke, it became Blur’s biggest hit in the United States.

Related: see our list of songs with a number in the title.