12 Essential Songs from the Ferris Bueller’s Day Off Soundtrack 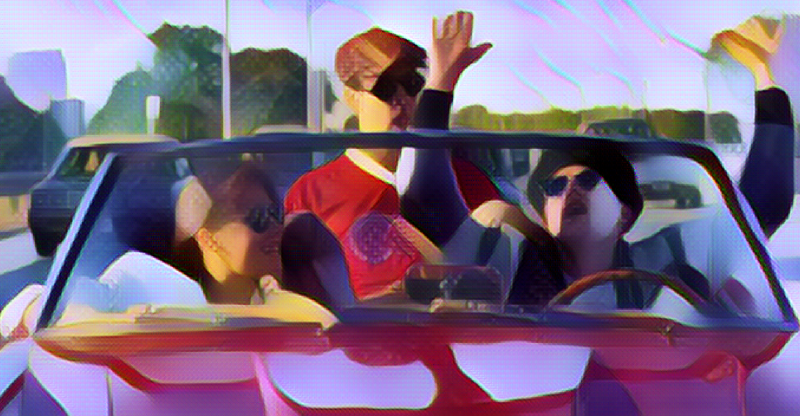 Have you ever played hooky from school? Then you’ll love this movie.

Ferris Bueller’s Day Off is one of the iconic films of the ’80s. It follows three friends who decide to play hooky and create lasting memories in Chigaco.

Right up there with Breakfast Club and Pretty in Pink, this movie helped launch actor Matthew Broderick’s career and is a timeless classic people still enjoy watching today.

As you’re about to find out, the Ferris Bueller’s Day Off Soundtrack has a ton of great songs too.

‘Oh Yeah’ by Yello is featured a couple of times during the movie. The first time the song plays is when Ferris successfully steals a classic Ferrari belonging to his friend’s father so they can skip school in style. The song also plays towards the movie’s end when the group’s moody principal finds himself on a bus full of kids.

Related: Hop in the car and listen to these driving songs.

One of the early scenes in the movie features Ferris’ attempts at convincing his girlfriend Sloan and his best friend Cameron to play hooky with him, which is when this song plays. His best friend Cameron is the wild card. At first, he turns down Ferris because he thinks he’s way too sick to leave the house (Cam’s tendency towards hypochondria is just one of his many issues throughout the movie). Ultimately, he decides to tag along.

Related: Check out these songs about school.

This classic ’80s synth song featuring prominent “surf rock” guitar plays as Ferris and the gang take a drive around Chicago looking for something to do after secretly skipping school.

Taking the Day Off – General Public

Much of Ferris Bueller’s Day Off features Ferris’ best friend Cameron having a movie-long mental breakdown. ‘Taking the Day Off’ plays during one of the many scenes where Cameron “goes berserk.” In this song’s particular scene, a nearly unresponsive Cam takes a head-first dive into a swimming pool, and Ferris has to fish him out.

Related: Here are the best songs about water.

Playing while Ferris, Sloan, and Cameron arrive at an ill-fated parking garage in downtown Chicago, the song’s punk-rock vibes mix well with the rebellious teenagers’ determination to have the best day of their lives while skipping school. Big Audio Dynamite was formed by former The Clash member Mick Jones in 1984.

Related: We feature another Big Audio Dynamite tune (‘Rush’) on our list of best ’90s music.

March of the Swivelheads – The English Beat

This upbeat tune accompanies Ferris Bueller’s desperate attempt to make it home and back in bed before his family gets there after spending the day playing hooky. The song plays as he weaves his way on foot through backyards and side streets. This song appears as a bonus track on The English Beats’ album.

Related: Keep up your pace with the best running songs.

The Dream Academy had a couple of their songs licensed for this movie. Aside from their tune ‘The Edge of Forever’ the song ‘Please Please Please Let Me Get What I Want’ is featured during a scene at the Art Institute of Chicago as the three friends study Seurat. The song was first released by The Smiths.

Translated as “thank you” in English, Wayne Newton’s jazzy number ‘Danke Schoen’ is featured during one of the most pivotal scenes in this ’80s cult movie. When Ferris and his buddies take over a float during a downtown parade, Ferris serenades the crowd with this Wayne Newton hit and The Beatles’ ‘Twist and Shout.’

Ferris, Cameron, and Sloan receive a hard lesson about what happens when you valet a classic Ferrari for the day while exploring downtown Chicago. Zapp’s ‘Radio People’ can be heard playing in the background during a scene when the group picks the car up and realizes the miles on the vintage Ferrari are far too high for the little driving they’ve done.

Good-natured troublemaker Ferris Bueller can convince anyone to do just about anything. While he and his friends play hooky, he convinces his buddy Cameron to steal his father’s vintage Ferrari. Blue Room’s ‘I’m Afraid’ plays during a pivotal scene when Cam realizes they can’t undo the miles they put on the car and will be in big trouble. Oops!

Related: We all make mistakes! Here are the best songs about regret.

The Edge of Forever – The Dream Academy

The dreamy synth song plays towards the film’s end as Ferris says goodbye to the girl he’s in love with before heading home. English pop-rock band, The Dream Academy, enjoyed short-lived fame in America when this song was included in the movie’s soundtrack.

Related: Thinking about a cutie? Listen to the best songs about having a crush.

Twist and Shout – The Beatles

While playing hooky, teenage rebel Ferris Bueller and his friends are caught up in a downtown parade. Bueller shows he’s no stranger to the mic, hops up on a parade float, and wows the crowd with a passionate rendition of The Beatles’ ‘Twist and Shout.’ The group Top Notes originally recorded this dance number before The Beatles redid it in 1963.

Related: Find this classic on our list of the best dancing songs.