16 Songs from the Fifty Shades of Grey Soundtrack 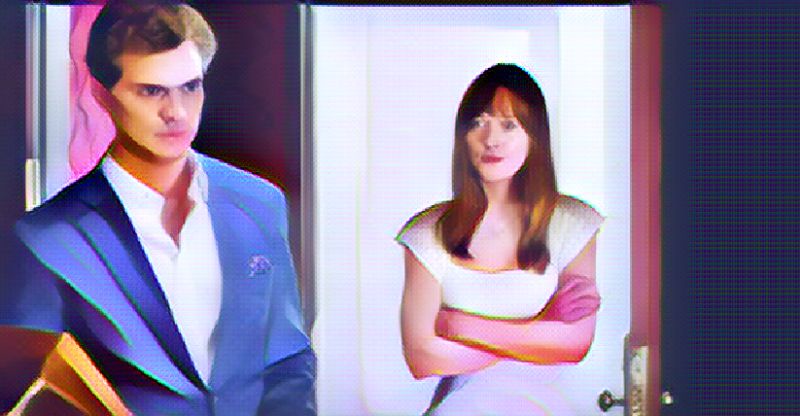 Fifty Shade of Grey is a famous novel by E.L. James and its accompanying film adaptation. Both are about Anastasia “Ana” Steele, a recent college graduate with a literature degree, and her relationship with a young businessman and entrepreneur named Christian Grey.

Check out the songs from the Fifty Shades of Grey soundtrack that accompanied the 2015 movie.

I Put a Spell on You – Annie Lennox

Annie Lennox covered this Jalacy “Screamin’ Jay” Hawkins classic in 2013; it was used for the Fifty Shades of Grey soundtrack in 2015. The lyrics—about possessive, clingy love—fit in with the film’s darker themes about romance. The protagonist has lost her lover but hopes that her powerful charms will win him back soon.

Related: Listen to the original song on our Halloween music playlist.

This song encourages listeners to be who they are and not stick with a significant other who doesn’t accept their individuality and independence. It is likely included on the film’s soundtrack because it fits the story and atmosphere well; it was written before the movie was made and was not created for the movie.

Related: Hear more of the best songs about being yourself.

Earned It – The Weeknd

The Weeknd’s ‘Earned It’ plays during the end credits of Fifty Shades of Grey and is also included on the soundtrack album. Its lyrics find the narrator gently yet seductively praising his woman for her provocative, passionate ways with him, which ties in nicely with the film’s passionate romantic themes.

Meet Me in the Middle – Jessie Ware

This song plays as Christian and Ana discover his brother and her roommate kissing. It was intended for Jessie Ware’s own album but only ever ended up on the film soundtrack. The song is about a woman who hopes a lover will come back to her, even though their relationship seems to have failed. Lyrics such as “Could you prove me wrong?” point to the protagonist’s desperate hope that things will still work out.

Related: Pass the time with these waiting songs.

Ellie Goulding specifically recorded this song for the film and its soundtrack. Its lyrics point to Ana’s feelings for Christian and her desire to be with him; Goulding seems to sing from Ana’s perspective in the song. Scenes from the film are mixed into the music video, which re-imagines the first dance between Christian and Ana.

Related: Tell him how you feel with this list of boyfriend songs.

Beyoncé’s track, remixed by Michael Diamond, is about a relationship that has left its mark on the narrator and likely her ex-lover, as well. She feels haunted by the memories and thinks that the man must feel the same way since it was a memorable relationship. The remix is darker than the original and was released specifically for the film.

Related: If you’re reminiscing about someone, try these memory songs.

This song was written for and about a scene of post-breakup tension near the end of the film. Sia seems to sing to both Ana and Christian and encourages them to move forward after heartbreak with the track’s lyrics. The song is less suggestive than many other tracks in the movie, focusing instead on the seriousness of interpersonal relationships and conflicts.

Related: Find the courage to move forward with the best moving on songs.

Beast of Burden – The Rolling Stones

This track’s protagonist tells his love interest that he will never be her “beast of burden” and asks for her passionate attention, as he will not cause her any pain or worry. It plays during a scene where Ana is cooking and dancing as Christian enters the room and watches her with a smile on his face.

AWOLNATION covered this essential Bruce Springsteen track for the Fifty Shades of Grey soundtrack album. The song is about a man who feels like he is on fire with a desire for the woman he wants to be with; he wakes up in a sweat at night over his feelings. It is right at home with the film’s dark yet passionate themes.

Related: Check out this hot playlist of fire up songs.

One of Beyoncé’s most well-known tracks was remixed in 2014, specifically for Fifty Shades of Grey; it appeared in the film’s trailer and was also included on the soundtrack. This version was slowed down and included violin arrangements for a more theatrical and emotional feel. The song itself—as the title would suggest—is about being overcome with feelings of love to the point of seeming crazy.

This song was included as part of the film’s soundtrack album. Frank Sinatra compares a woman’s seductive ways with him to witchcraft within the track’s lyrics; it is one of many songs on the film’s soundtrack that focuses on passion and seduction. Robert Palmer and Elvis Presley recorded their own versions, both of which charted after their releases.

‘One Last Night’ is one of the few tracks on the soundtrack album from a lesser-known band. It is about persevering even when it seems too hard to do so. The string arrangements and staccato notes make it a stirring ballad with a great deal of emotion for the listener to respond to.

Related: Relationships aren’t always easy, so here are some songs about hard love.

Where You Belong – The Weeknd

This is a somewhat possessive song about a narrator who can’t get over lost love and believes she belongs with him. The track highlights Ana and Christian’s relationship and his possessiveness and bossiness toward her; it highlights his disrespect for her thoughts and feelings about their relations.

I Know You – Skylar Grey

In this piece, Skylar Grey sings like a woman whose lover won’t fully commit to her. It plays during Fifty Shades of Grey’s end credits and is also included on the soundtrack. It’s one of a few songs in the film that focuses on the emotional aspects of the story rather than the passionate ones.

This song’s protagonist apologizes to his love interest for being blunt about his feelings for her; he doesn’t know her but wants her to take a chance on being with him, as he thinks they’d be good together. It’s the 17th track on the Music of Fifty Shades Complete Soundtrack Collection album set.

Call Me – St. Paul and the Broken Bones

The 18th track on the Complete Soundtrack Collection album set was the debut single for the seven-member soul band St. Paul and the Broken Bones. The protagonist’s patience has run out; he wants his lover or love interest to call him because he needs to hear her voice again. Things hadn’t turned out how he’d hoped they would when he met her.