12 Best Songs from the Footloose Soundtrack 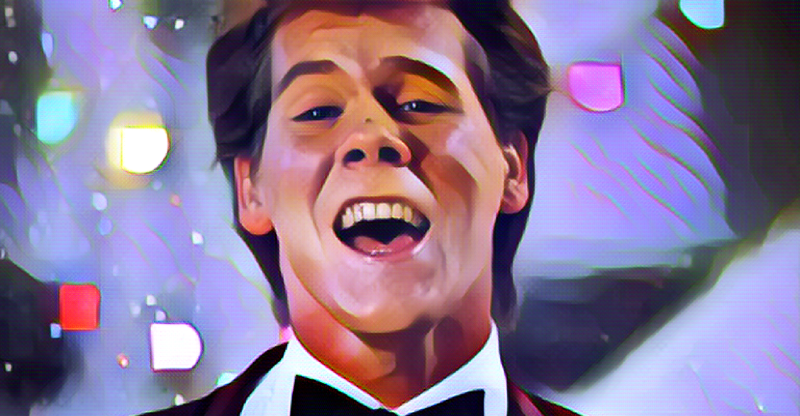 If you were born in the ’80s, you’ll know all about the coming-of-age classic, Footloose. A rebellious teenager moves to a small town where both dancing and rock music have been banned (the perfect premise for the lead star Kevin Bacon to strut his stuff).

The film’s cherished music played a significant role in its success – six of its nine original songs became Top 40 hits in the US! So here’s the iconic Footloose soundtrack – please feel free to cut loose, there’s no ban here :-).

Footloose’s title song and theme track were co-written and performed by Kenny Loggins. Its songwriting device of using various names helps to make it irresistible to listeners’ ears. It’s about letting loose after working hard all day. It also has deeper themes of how people need to face their fears and have new experiences to grow.

Related: You can also find this classic on our playlist of songs about dancing.

Let’s Hear It for the Boy – Deniece Williams

The second single from Footloose plays as Ren tries to teach Willard how to dance. The lyrics tell the story of a narrator who loves her man and his efforts to show her his affections even though he isn’t the stereotypical romantic lover or cool guy that many women may want to be with.

Related: Check out the best love songs for him.

This is known as the film’s love theme. It’s a duet about a love relationship that is so wonderful that it’s almost as good as paradise. Its themes are closely tied to the film’s church-related elements. Victoria Justice and Hunter Hayes covered ‘Almost Paradise’ in 2011 for the Footloose reboot.

Related: Does your relationship feel like paradise? Here are some songs about going to heaven.

Holding Out for a Hero – Bonnie Tyler

Ren plays a game of chicken on a tractor with a local and wins as this song plays in Footloose. In the song’s lyrics, Bonnie Tyler laments the lack of good men in the world and announces that she is still holding out on finding a hero in her life.

Related: If you’re waiting for your hero, here are the best songs about superheroes.

Dancing in the Sheets – Shalamar

Ariel sneaks out with friends and plays this song on a smuggled cassette tape in the film. It’s about meeting someone special on the dance floor and leaving with them to make passionate memories because “The place is crowded/Or maybe you don’t like the beat.” The song’s synth melody resembles that of Prince’s song ‘1999.’

Related: Listen to ‘1999’ on our playlist of songs about the world ending.

This is one of two songs that Kenny Loggins sang for the Footloose soundtrack. The tune’s protagonist is determined to win the affections of the woman he loves, despite all of the issues that stand in his way. The song has made several pop culture appearances over the years since its original release.

Related: Here are some more songs about wanting someone to love you.

‘Somebody’s Eyes’ appears as the seventh track on the Footloose soundtrack album. It’s about a protagonist who fears that her boyfriend’s ex wants him back as she sings, “Love is no disguise (oh, oh) from somebody’s eyes.” Despite her problems, she seems determined to keep her relationship going strong.

Related: Head over to the best songs about staying together through hard times.

The Girl Gets Around – Sammy Hagar

Sammy Hagar’s song highlights Ariel’s duality as a good girl preacher’s daughter and rebel in disguise. The song’s lyrics tell a similar story about a love interest who is more of a mischievous heartbreaker than she seems on the surface and the guy who is swept away by all of the passionate excitement she brings to his life.

This song plays when Ren gets angry and punch-dances in an abandoned warehouse. The protagonist of this song tries to get his love interest to leave her boyfriend and the relationship smothering her; he suggests that she would be happier with her. This appears as the ninth track on the Footloose soundtrack album.

Related: Feel those emotions with our playlist of feelings songs.

Here’s an ode to metal music and the rebellious nature of its fans. Its lyrics are based on the slights that lead singer Kevin DuBrow had to deal with from others in his life. It fits in well with Footloose’s themes of being a rebel and rejecting the status quo. This song only appears on Footloose’s Collectors’ Edition soundtrack album.

John Mellencamp’s track on the Footloose Collectors’ Edition soundtrack was originally written as a joke. He sings as a man who hopes that his lover will bring exciting and potentially heartbreaking romance into his life. He also believes that this love relationship can make him and her feel youthful again. This also appears on Mellencamp’s 1982 album American Fool.

I’ve Been Waiting for a Girl Like You – Foreigner

This is the last track on the Footloose Collectors’ Edition soundtrack album. The lyrics are about finally finding that special someone after waiting and hoping for luck in love. Lou Gramm saw a mysterious woman in a control room while recording the lyrics for this track, which helped him deliver better vocals than if he had not had that encounter.

Related: What are you waiting for? See our playlist of the best songs about waiting for something.