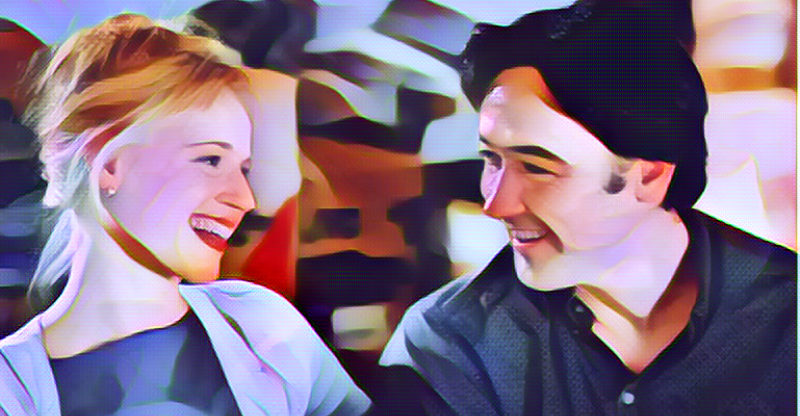 High Fidelity is an esoteric, philosophical film that tackles tough subjects like infidelity as the film tells the coming-of-age story of record store owner Rob Gordon (played by John Cusack).

With the film’s musical focus, the music department made sure to include poignant songs that are both well-known and more on the obscure side (unless you are a passionate music buff), so there are several genres from various artists on the great soundtrack.

A Town Called Malice – The Jam

Modern English punk rock band The Jams’ tune ‘A Town Called Malice’ was originally inspired by the book with a similar name, A Town Like Alice. The Jams made a name for themselves, tackling politically-charged subject matter in their songs. ‘A Town Called Malice’ is a hit song about the working man and his role in suburban life. This song only appeared in the trailer and didn’t make it to the original motion picture soundtrack.

Related: This song features on our playlist of the best songs with bass.

As we are introduced to High Fidelity’s main character Rob Gordon in the film’s opening scenes, ‘You’re Gonna Miss Me’ can be heard in the background. This psychedelic rock song was The 13th Floor Elevators’ debut single release in 1966. The tune combined several genres such as R&B, punk, and rock, and once it was given its “garage rock” status, it became a counter-culture classic.

American singer-songwriter Bill Callahan began performing under the stage name ‘Smog’ in the 1990s as he shared his heart-wrenching music with audiences. The poignantly sad song ‘Cold Blooded Old Times’ appears in the scene when Cusack’s character Rob confronts his friend about her infidelity with Rob’s girlfriend. Though the song was featured in the film High Fidelity (the long-form name of “Hi-Fi” in the recording industry), Callahan was well-known for his lo-fi recordings.

Related: Here are some songs to listen to when sad.

Rob Gordon’s imagination gets the best of him, and he imagines what it was like between his girlfriend Laura and his friend Ray when they hooked up behind Rob’s back. This seductive, classic soul single hit number one on the R&B charts in the early ’70s. This popular tune has also been featured in TV shows like Friends and Cold Case.

Who Loves the Sun – The Velvet Underground

Appearing on The Velvet Underground’s final album, Loaded, this poppy hit is sometimes confused with the Beatles’ classic ‘Here Comes the Sun.’ As Rob grapples with life-changing relationship news, the band’s hit can be heard in the background of a scene as the protagonist looks through an old phonebook while trying to find an ex-girlfriend’s number.

Related: Here comes the list of songs about sun.

Most of the film takes place in a record shop Cusack’s character owns, and as the camera pans to various customers chatting with employees, Aretha Franklin’s ‘Rock Steady’ plays in the background.

Dry the Rain – The Beta Band

“This is the definition of my life.” Though much of the film High Fidelity features introspective, thought-provoking scenes, there is also some action in the script. The Beta Band’s ‘Dry the Rain’ plays as John Cusack’s character, Rob, and his co-worker chase after two thieves who inadvertently stole from Rob’s record store.

Related: Grab your umbrella and listen to this list of rain songs.

Elvis Costello’s tune ‘Shipbuilding’ plays as stories about ex-lovers are exchanged between characters at a bar. This 1982 release tackles the tough subject of a struggling British economy against the backdrop of a raging war. The song was originally going to be a Robert Wyatt tune, but Costello was approached for his lyrical prowess, and he made it all his own.

Fallen for You – Sheila Nicholls

Sheila Nicholls’ ‘Fallen for You’ plays when protagonist Rob Gordon confronts his girlfriend at a bar about her infidelity. This slightly gothic track tackles subjects of unrequited love, being in a relationship with someone who doesn’t truly love you back, and simultaneously undying hope.

As Rob struggles in his relationship with his girlfriend Laura, he tries to blow off some steam by going for a jog in the rain. When he returns home, he receives a call from Laura, but his emotions are still too intense to be able to talk to her. ‘Oh! Sweet Nuthin” plays during these emotional scenes. The song tackles disaffected populations and the individual struggles they endure.

Most of the Time – Bob Dylan

“I can deal with the situation right down to the bone.” Bob Dylan’s relationship-driven song is featured in John Cusack’s film High Fidelity. As the song plays in the movie, Cusack’s character Rob Gordon is leaving a wake and is once again confronted by his girlfriend Laura, who has cheated on him.

Related: Take the time to listen to the best time songs.

As record store owner Rob Gordon grapples with his girlfriend’s infidelity, his attempts at coming to terms with the situation and moving on keep getting sabotaged as his girlfriend Laura continues to reach out to him. As he works in his record store and attempts to converse with a customer about the band Stereolab (their song Lo Boob Oscillator is playing during their chat), he’s once again interrupted by a phone call from Laura.

Related: Head over to our list of songs about moving on.

Everybody’s Gonna Be Happy – The Kinks

During one scene, The Kinks’ ‘Everybody’s Gonna Be Happy’ plays as John Cusack’s character Rob tries to tell Barry, played by Jack Black, he shouldn’t be in a band. In 2002, the rock band Queens of the Stone Age covered this song.

Let’s Get It On – Jack Black

Jack Black sings the song live for a scene in the movie, one of Marvin Gaye’s most popular hits. He’s got dreams of being a rockstar and takes the stage to sing this sexy soul classic with his band. This scene is a viewer favorite, and the song is a memorable track on the original soundtrack.

As the movie comes to a close and viewers finally get to find out Rob’s decision regarding his girlfriend Laura, who has cheated on him, Stevie Wonder’s 1972 song ‘I Believe’ plays. Written as a love tune, though the lyrics don’t always make perfect sense, the song represents Wonder’s interpretation of what it is like to finally fall in love with the person you’re meant to be with.