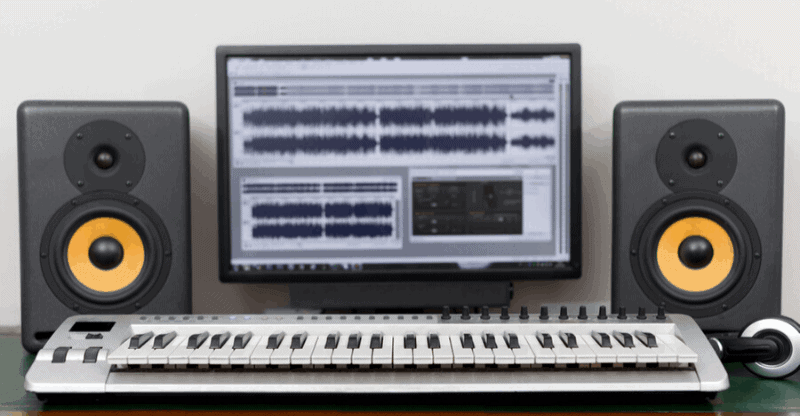 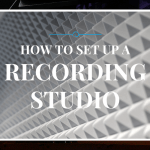 Once you’ve written a song or two, or even if you just some rough ideas, you’ll want a way to record them.

While there are some great digital multi-track recorders out there for the person wanting to keep the tech to a minimum, really, it’s a no-brainer to learn how to record your own music as the gear is so cheap these days to pick up. A few years ago, a home recording studio would have been the stuff of dreams. Nowadays, with powerful computers at knock down prices, its easy to acquire a set up that lets you record your own music, at your own pace.

In this article, we’re going to give you the ultimate cheatsheet on how to build one on the cheap.

So what do you need? Let’s take a look.

Unless you’re planning to make music on a standalone music producer such as an Akai MPC, you’ll need a computer. Music production puts a lot of stress on a computer, and you want something good enough. What does good look like? Well, the first thing to look out for is CPU (or ‘Computer Processing Units’). The CPU is the brains of your computer so you’ll want a dual-core processor at the very least and the higher the CPU clock speed, the better.

Second to watch out for is RAM, or ‘Random Access Memory,’ which does a lot of the heavy lifting when it comes to music production. As a rule of thumb, your computer should have at least 8 GB of RAM. Your hard drive is where your computer stores files, including your sound output files. Audio output files are pretty huge, so you need a decent size hard drive to house them all. Go for at least 500 GB of hard drive space, but ideally 1 Terabyte (1000 GBs) or higher.

You’re going to need some software to help with the music production side of things. Enter the DAW.

Back in the day, music producers used multi-track recorders, a physical bit of kit that allowed you to record multiple audio tracks and layer them on top of each other. While digital multitrack recorders are still going strong, they are severely limited compared to what a DAW can do.

But in effect, they function in similar ways. The term track is still used in DAWs, which comes from the era of tape-based (or ‘reel-to-reel’) recordings. DAWs have standard layouts that include transport controls (play, rewind, record, etc.) track controls and a mixer, plus some waveform display.

Like a mixing console, each track has individual controls that allow you to manage the levels of each track including overall volume, equalization, and stereo balance. The beauty of recording tracks in a DAW is, as you’re using a computer, you can undo any track changes with a couple of taps on your keyboard (unlike the old school tape-based recorders). There are also plenty of free VST plugins you can use in conjunction with the software, which lets you use thousands of sounds (from drums and percussion to ‘atmospheres’).

There are dozens of products out there you should check out – for beginners, go with something simple, you don’t need sixteen inputs for your bedroom studio.

Broadly speaking there are two types of microphone. The condenser mic and the dynamic mic. The condenser mic is ideal for recording for high-frequency instruments such as acoustic guitars, cymbals, and pianos. They tend to be more versatile. The dynamic mic: ideal for recording low to mid-frequency instruments such as drums, percussion instruments like Cajons and typically used for vocals. Sophisticated recording facilities may have dozens of microphones used for creating different sounds, but for now, merely one or two microphones will be sufficient.

You probably want to consider a microphone stand too, to give you hands-free recording, which is essential for excellent audio quality. Also, pop filters are the mesh devices that cover the microphone in the studio, producing a much cleaner and more precise sound quality.

The ability to hear what you’re recording and mixing in the best of detail is, for obvious reasons, rather important. For a start, a pair of studio-grade headphones is a must. If you try to do this with ordinary headphones, the sound will be colored by them rather than giving you an accurate representation of the recording.

You’re also going to need some studio monitors, often called ‘active speakers’ that have an amplifier built into them, meaning they power themselves. Monitors are designed for music production, so they sound better and manage the lower bass sounds better. Hearing your music through monitors will help when it comes to translating your mix to other sound systems too.

A MIDI controller lets you control any of the virtual instruments in your DAW. That could be a drum beat, a bass line or a bit of swirling synth. MIDI controllers come in various sizes, including full length 88 key keyboards (the same number of keys as a full-size piano), and various types (key based one, as well as drum based controllers).

To get the best out of your home setup, you need to reduce unwanted noises and add sufficient soundproofing. A certain amount of unwanted noise in your audio is inevitable, but there are several steps you can take to reduce this noise.

Bass traps are portable and porous broadband absorbers that are ideal for eliminating/absorbing any low, mid and even high-frequency noise. Designed to go into corners of the room, they are essential pieces of equipment available for reducing unwanted noise in your studio recordings.

Acoustic panels, on the other hand, are foam panels designed to line the walls. These panels are very adept at absorbing mid to high-frequency noise. However, because they are useless for absorbing low bass sounds, they should always be used in conjunction with, and not instead of, bass traps.

Sound reflections can also create problems because they get trapped in one spot, amplifying some frequencies, while canceling out others. This problem can be handled with diffusers. Shaped like backwards cubby holes, diffusers work by scattering reflections around the room, preventing them from getting trapped, and thus preserving the natural sound tone.

Where you have windows, it’s a good idea to introduce noise canceling curtains to reduce echoes on your recordings and keep out any external noises.

So there we have it, get all this gear and you’ll be way on your way to having your perfect home studio. We’ll be adding more articles around how to use all the gear to make awesome music, so watch this space.

Ged is the Founder of Zing and guitarist for London based gypsy jazz band Django Mango. When he's not writing or noodling on a guitar, he's tinkering with his vintage Campervan.

Band Name Generator – Find the Perfect Name For Your Band

Where to Find a Hurdy Gurdy for Sale – Buyers Guide & Recommendations

How to Make Money with Music Online

Best Guitarist of All Time? Here’s Our Top Contenders