How to Pronounce Ukulele – Which Way is Best? 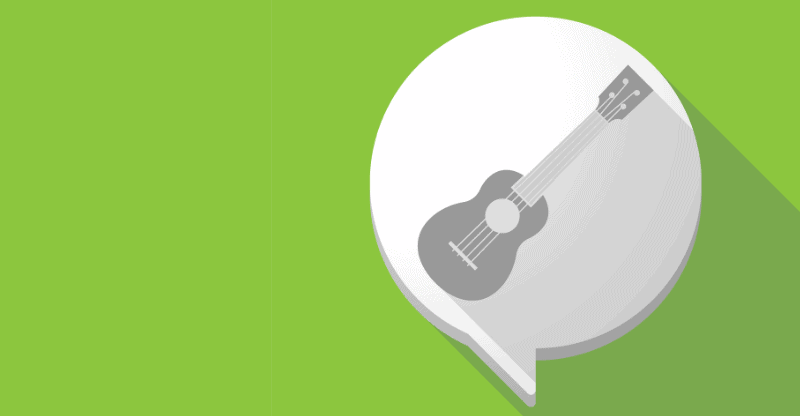 This is because of the way the fingers of a ukulele player moves rapidly in a way that is reminiscent of a jumping flea (0r so the theory goes, as there are numerous other theories out there).

As a spoken word, it’s not without its controversy either.

In this post, we tackle a subject that’s caused more arguments and disagreements than you’d care to imagine, yes, how to pronounce ukulele.

People outside of Hawaii (that includes me) say “you-ka-lay-lee“. It’s how most westerners have been taught to say it.

For people from Hawaii (and those who want to honor the origins of the instrument), it’s pronounced “oo-koo-leh-leh“.

It’s quite different, isn’t it.

A good compromise is to do what master ukulele player James Hill does, which is a sort of hybrid/mash up of the two.

He calls it a ‘you-koo-le-le‘ incorporating the ‘you’ from the western pronunciation (and so it’s still recognizable to western ears) and the ‘koo le le‘ which pays homage to its roots in Hawai’i.

Which is the real pronunciation? Well, that’s the source of constant debate.

Language has a habit of morphing and changing as it works its way around the globe. Whenever someone says ”it’s wrong to say it like that” it sounds a little judgmental to me.

You say tomato, I say tomato. Can’t we all just get along!

So what should you call it? Well, that’s entirely up to you.

If you want to stay authentic, definitely go with “oo-koo-leh-leh” and be proud. But be prepared to get some raised eyebrows (or even complete misunderstanding….”sorry, what was that?”) at your local music shop.

Or, simply stick to you-ka-lay-lee as you’ve always said it. People have done worse things.

Personally, I’m with James Hill on this. Use the “you-koo-le-le” mash-up. It seems like a sensible compromise to me!