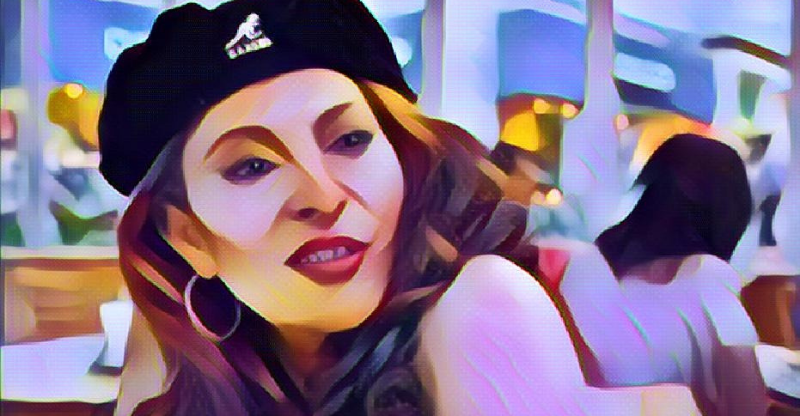 Quentin Tarantino’s film Jackie Brown premiered on Christmas day in 1997. The screenplay was adapted from popular writer Elmore Leonard’s book Rum Punch. Leonard has also seen other works adapted for the screen, including the Kentucky-based crime series Justified (based on his short story Fire in the Hole).

The Jackie Brown soundtrack features a well-rounded compilation of soul and blues artists, which give the crime-drama story a grainy, abrasive feel.

First released in the early ’70s and appearing in a film by the same name, ‘Across 110th Street’ was revived when director Quentin Tarantino featured it in the opening and closing credits of his crime thriller film Jackie Brown. The song plays as flight attendant Jackie arrives at an airport. The single has also been featured in other films such as American Gangster. Artists like 50 Cent have stated the influential song is easy to connect with due to its raw emotion.

Comedy legend Chris Tucker makes an appearance in the 1997 film Jackie Brown as one of the friends of crime boss Ordell Robbie. During one of the earlier scenes in the movie, as ‘Strawberry Letter 23’ can be heard in the background, Robbie takes Tucker’s character Beaumont on a rather tedious car ride. During the trip, Beaumont meets his unfortunate fate at the hands of Robbie and viewers get their first look at just how sinister the crime boss can be.

Related: Hear this song on our list of strawberry songs.

Like all of Quentin Tarantino’s films, he features a star-studded cast in his crime drama Jackie Brown. Soul-blues legend Bill Withers has his song ‘Who is He (And What is He to You?)’ is featured during a scene involving Robert Dinero’s character Louis. He chats up antagonist Robbie at a bar regarding one of Robbie’s many girlfriends, Melanie.

Related: You can listen to this on our playlist of jealous songs.

Tarantino’s film weaves a romantic sub-plot throughout the thriller between the main character Jackie and her love interest, bondsman Max Forster. As Johnny Cash’s song ‘Tennessee Stud’ plays, kingpin Ordell watches a private conversation between Max and Jackie at her house from the privacy of his car parked close by.

Bloodstone’s 1973 single ‘Natural High’ fits nicely into the scene in Jackie Brown when she meets her love interest Max for the first time. Shot from Max’s perspective, he watches her walk toward him and offers her a ride after telling him her name. The song’s lyrics tell the story of a guy falling head over heels for a girl. It continues to play as Max drives Jackie home, and she smokes a cigarette during the drive.

Related: Check out our list of falling in love songs.

Director Quentin Tarantino has described actress Pam Grier as Hollywood’s “first female action star.” For the film Jackie Brown, she lends her vocals to the song ‘Long Time Woman’ for a fitting scene when her character finds herself in jail. “Long time woman” refers to an inmate serving hard time.

Featured during a scene when Jackie’s love interest Max gets a cassette tape of The Delfonics (also featured on the Jackie Brown soundtrack) at a record store, this hip-hop tune samples an Issac Hayes song as the lyrics describe a hard life of crime. The song first appeared on the album III Na Na and was licensed a year later for Quentin Tarantino’s crime film.

Related: Here are the best breaking the law songs.

Tired of being jerked around by police and her crime boss, Jackie Brown decides to take matters into her own hands with the help of her love interest Max and double-cross the authorities and Ordell Robbie. As Randy Crawford’s ‘Street Life’ is featured, Jackie’s plan is in motion. As the song plays, you see a montage of scenes featuring her and Max attempting to escape with a sizeable amount of money.

Didn’t I Blow Your Mind This Time – The Delfonics

Popular in the 1970s and described as the “epitome of Philadelphia soul,” The Delfonics’ song ‘Didn’t I Blow Your Mind This Time’ is featured after bondsman Max enters a record store and buys one of their tapes. The song plays from his speakers as he pops the cassette into the tape deck and listens to the song while driving.

Melanie and Louis are two side characters in Jackie Brown that add a lot of drama to the story. Louis, played by Robert De Niro, and Melanie, played by Bridget Fonda, are riding around together in a scene as The Grass Roots’ ‘Midnight Confessions’ plays. The two get into another one of their arguments, furthering Louis’ wishes to get rid of Melanie, one of crime boss Robbie’s many girlfriends.

Inside My Love – Minnie Riperton

Jackie has a tough choice to make when the police catch her as one of kingpin Ordell Robbie’s associates. If she refuses to cooperate, the police will arrest her. If she crosses Robbie and he finds out, she’s dead. She decides to double-cross all of them and make the ultimate attempt to escape with all of Ordell’s money. As she meets Ordell in a bar and hatches her secret plan, ‘Inside My Love’ is featured.

The Lions and the Cucumber – The Vampire Sound Inc.

Heard as background music during a scene in Jackie Brown that takes place at a mall, The Tiki Gods’ ‘Monte Carlo Nights’ was included on the extended-release of the soundtrack for the film. Singer-songwriter Bobby Womack acted as the music supervisor for the 1997 Tarantino movie. During the early part of his career, Womack served as Sam Cooke’s backing guitarist.