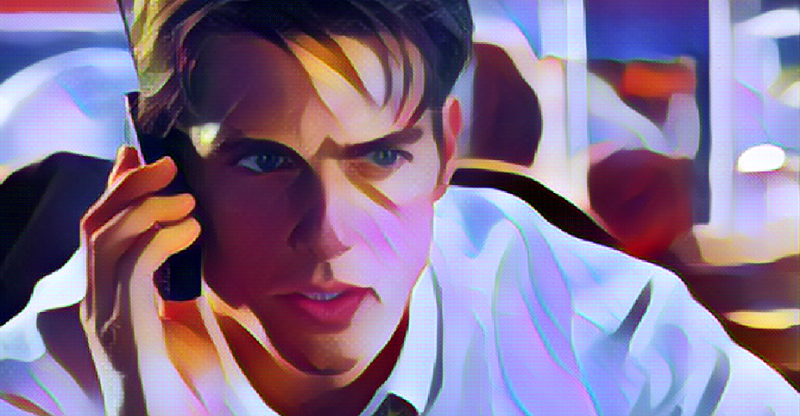 Jerry Maguire probably “had you at hello!”

Tom Cruise stars in Jerry Maguire, a popular romantic comedy and sports movie that follows a sports agent as he evaluates the sometimes questionable choices he’s made in life. This is one of Cruise’s most famous films and is still widely quoted to this day.

Explore this celebrated 1996 film by learning about the songs on the Jerry Maguire soundtrack album.

Magic Bus – The Who

This track plays during the title credits at the film’s beginning as Jerry introduces himself and his hectic life in the world of sports to the audience. The lyrics are about a man who wants to buy the bus he uses to meet his girlfriend; the driver will not sell it. Its fast pace matches the chaos of Jerry’s life.

Related: You’ll be enchanted by our list of songs about magic.

Here’s an instrumental track that plays as Jerry finishes his introductory monologue about the troubles of his life. It’s a somber piece that highlights how bad Jerry feels about the things he’s done and the life he is living. He realizes he should write a Mission Statement as the song ends.

Related: Check out our playlist of songs about making mistakes.

Gettin’ in Tune – The Who

The Who’s ‘Gettin’ in Tune’ begins playing when Jerry has a realization and writes his Mission Statement while the opening credits finish up. Fittingly, the song is about “getting in tune to the straight and narrow” and changing one’s ways, particularly for the benefit of someone else who deserves it.

This Elvis Presley classic plays at Jerry’s bachelor party while everyone is watching the video that paints him in a less-than-honorable light. It starts up again a few minutes later when Jerry finds out he is fired. It’s a light song about love that rids you of worries—it’s a somewhat humorous contrast to the disorder that Jerry suddenly discovers in his life.

Related: Hear this classic on our playlist of rainbow songs.

World on a String – Neil Young

Neil Young sings of fame and the contrast between how it looks to outsiders and the people living with it in ‘World on a String.’ ‘Audiences can hear this playing as Jerry runs back to the office and makes frantic contact with his sports clients as he tries to reclaim some of the losses involved with his termination.

This plays during the last half of the end credits and is known as the theme song for the film; it can be heard briefly in other parts of the movie. It’s a gentle, simple piece that is instrumentally focused and, therefore, a good choice for a film score. The brief lyrics focus on loving every aspect of someone you care about romantically.

‘The Horses’ first plays in the film’s first half when Jerry is talking to Dorothy before his travels. Later, it frames the scene where Dorothy admits that she loves Jerry. It’s a gentle track written for Rickie Lee Jones’ daughter; she tells her baby that she will always be there in the lyrics.

Related: Gallop over to the best horse songs.

Here’s a gentle Bruce Springsteen track that plays during two romantically emotional scenes in the film: Dorothy and Jerry’s first date and the moment that their relationship falls apart. The song highlights the drama of each scene in a different way. Lyrically, this piece is about a woman who has a “secret garden”—a guarded nature that makes it hard for others to connect with her.

Audiences can hear this instrumental tune play as Jerry and Dorothy’s first date ends and the two share a passionate encounter. The non-instrumental version is simply called ‘Junk’ and is a somber piece about lost loves and the other losses that occur throughout life; that track isn’t featured in the film.

Aimee Mann encourages someone ruining their own life to “wise up” in this track. It plays after Jerry and Dorothy take a break from their marriage. It later appeared in another Tom Cruise film—1999’s Magnolia. Cruise was one of the cast members to sing the song in that movie.

Paul McCartney originally released this instrumental—an accidental fusion of two earlier tracks—on his debut solo album McCartney in 1970. McCartney recorded the entire track from his home. Audiences can hear the piece in Jerry Maguire after Rod and Jerry argue and a sporting event begins.

In this song, Nancy Wilson warns a female protagonist named Sandy that her life choices—particularly her romantic ones—aren’t working in her favor. In addition to appearing on the Jerry Maguire soundtrack, the song appears on Whirlygig, the 1997 album for Nancy and Ann Wilson’s project known as the Lovemongers.

Shelter From the Storm – Bob Dylan

This song ends the film and carries into the first half of the end credits. It was written about Bob Dylan’s wife Sara, who soon became his ex-wife. The lyrics reflect on life’s regrets and finding solace from them, which ties up the film—as well as Jerry and Dorothy’s happy ending—nicely.

Related: Head over to our list of storm songs.