18 Songs from the Awesome Juno Soundtrack 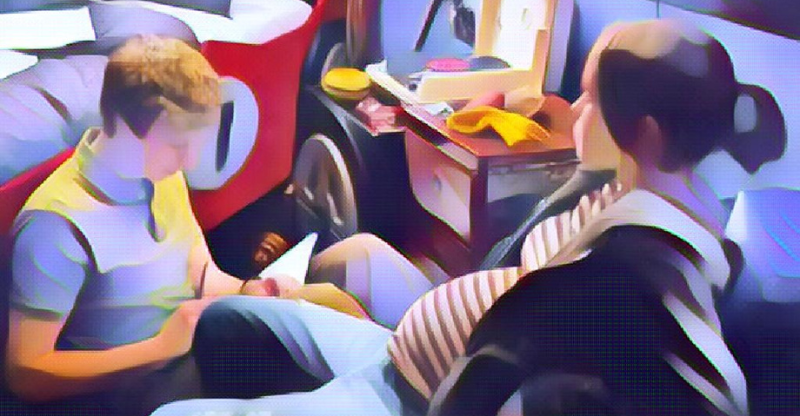 A movie that won the Best Original Screenplay Oscar and garnered three other nominations, Juno is critically acclaimed and heartwarming. It follows the main character, Juno, as she grapples with the surprise of teen pregnancy.

Though the acting and production are great, we can’t forget the fantastic choice of songs. The Juno soundtrack is filled with quirky songs and lovely ballads that you will surely enjoy!

All I Want is You – Barry Louis Polisar

A sweet, innocent love song, ‘All I Want Is You’ plays during the opening credits with its harmonica backbone when we get our first look at Juno. This joyous song is about being so enamored with someone that nothing else matters—you would do anything for them, be anything for them. This pure and simple outlook sets up the naivety of Juno and how reality is about to come crashing down on her.

Related: Check out our playlist of songs about new love.

Juno has an emotional and difficult bike ride to school after telling Paulie, her close friend and the father of her baby, that she is pregnant. There are many conflicting feelings in the relationship, mainly that Paulie has always had a crush on her, that are now exacerbated by the surprise pregnancy. The Juno film version of this song is about a minute long, consisting of repeated “doo doo doo’s” that drive home the youth of these characters and how unprepared they are to become parents.

Related: See some of the best songs about having a baby.

A Well Respected Man – The Kinks

‘A Well Respected Man’ is a sort of theme song for Paulie. He’s a good guy, he has a good life, but his unrequited feelings sometimes overshadow all the positive aspects of his life. The line “he adores the girl next door, ’cause he’s dying to get at her” is true of Paulie’s situation—he adores Juno, but now that he’s “got at her,” there’s a whole host of new problems.

Related: Head over to our list of songs about regret.

Buddy Holly’s sugary vocals have just the right balance of richness and rasp for singing a love song. This acoustic track centers around lovesick lyrics like “our love will grow old” and “please don’t ever…say we’ll part.” ‘(Ummm, Oh Yeah) Dearest’ plays as Juno looks at an ultrasound photo before driving to see the potential adopters of her child, Mark, and Vanessa. It’s an introspective scene paired with an intimate song.

Up the Spout – Mateo Messina

The lack of words in this instrumental song should mean that it is completely open to interpretation, but despite its lyrical sparseness, the song’s emotions are pretty straightforward. ‘Up the Spout’ is just under a minute and entirely acoustic, centering around a strummed guitar and chiming background instrumentation. It comes across as wistful and conflicted, yet hopeful, matching the general themes of Juno.

Related: If you need to get your hopes up, listen to the best hopeful songs.

After Juno finds out she is pregnant, she dejectedly walks home to the sound of ‘Tire Swing’ by Kimya Dawson. The song has a slightly perky feel, but the lyrics seem to be about growing up and realizing people—especially romantic interests—are not a steady thing. The loss of naivety in the song mirrors Juno’s loss of simple times.

Related: Slow down and listen to these songs about growing up too fast.

Juno’s stepmother, Bren, is altering Juno’s pants as this song plays. ‘Piazza, New York Catcher’ talks of a man’s idea to elope with his love. The song’s name was inspired by Mike Piazza, a catcher for the New York Mets. This tune doesn’t specifically relate to Juno, but it has that apprehensive element of knowing a significant change is coming and that hopeful element of trying to be prepared for it.

Related: This song features on our playlist of songs about baseball.

Kimya Dawson is featured several times throughout the Juno soundtrack, so it makes sense that one of her songs would be used in the end credits. ‘Loose Lips’ is a song about the beautiful simplicities and the profound deepness of true friendship. The lovely duality of having fun with a friend while also knowing how important they are to you is something we see Juno and Paulie experiencing a lot in this film.

Juno and Mark have an interesting relationship that goes from innocent to problematic as Mark develops feelings for her. Part of those feelings starts because of the pair’s connection over music. ‘Superstar’ by Sonic Youth is Mark’s favorite song, and it sparks a conversation about Juno’s favorite bands. An indie-rock song about unrequited love, it fits as Mark’s favorite.

Related: Want to send romantic songs to your guy? Here are some cute love songs for him.

An instrumental track featuring plucked strings and soft humming, ‘Sleep’ by Kimya Dawson has a lullaby feel that creates a very peaceful mood. Juno has arrived home from visiting Vanessa and Mark and believes her baby will be in good hands with them. It’s lovely to see Juno have a few calm moments during the rough times of adjusting to her new reality.

Related: Drift away with this list of sleep songs.

‘Expectations’ is a fast-paced song that builds anticipation. It talks about the dragging monotony of high school and the dread and unhappiness that school, specifically social exclusion, can create. The song plays after Juno and Paulie fight, and Juno, feeling destructive, drives off to see Mark. Juno feels misunderstood by Paulie, something she’s not used to, creating some unwanted tension.

Related: Don’t be tardy! Check out these school songs.

All the Young Dudes – Mott The Hoople

This song is a nostalgic reminder to Mark, who says he danced to the song at his senior prom in high school. The fact that Juno gives the CD to him may have been the beginnings of the unrequited and inappropriate feelings Mark begins to harbor for Juno. Fun Fact: This song was written and produced by David Bowie!

So Nice So Smart – Kimya Dawson

Juno and Paulie kiss as ‘So Nice So Smart’ begins to play. Lyrics like “you’re so nice, and you’re so smart, you’re such a good friend I hafta break your heart” mirror Juno’s conflicting feelings over Paulie, who has always liked her. Juno begins to consider what her feelings for Paulie might mean to this lyrically vulnerable track.

‘Sea of Love’ plays as Paulie comes to see Juno in the hospital after she gives birth. The two lay on the bed together, marveling at the child. The slow acoustics of this song support this heartwarming scene. The lyrics are perfect for new parents who talk about welcoming someone into a sea of love.

After an argument between Juno and Paulie, Juno crams Paulie’s mailbox full of Tic Tac mints, his favorite candy, as an apology. It’s a sweet scene about timid forgiveness in a clearly special friendship. ‘Tree Hugger’ is about wishing to be someone else, but there are so many examples it becomes clear that everyone wishes they were someone else. So, maybe the best thing to do is try to accept who you are and the beautiful things- like healthy friendships- in your life.

Related: Find encouragement to be yourself with the best songs about loving yourself.

I’m Sticking With You – The Velvet Underground

The boys run around a track as the seasons change and winter begins to appear. ‘I’m Sticking With You’ is a song all about sticking by someone’s side no matter what, through every season. “I’m sticking with you ’cause I’m made out of glue.” It’s almost as if the narrator doesn’t have a choice but to love this person, similar to deciding to have a child. You have to love them and make sure they’re taken care of- luckily, this all works out for Juno.

Related: You’ll love our list of the best staying together songs.

Anyone Else but You – The Moldy Peaches

This duet plays over the scenes of Juno having her baby and Paulie finishing his race and rushing to the hospital. ‘Anyone Else but You’ is a love song through and through, and the movie soundtrack features a version of the song sung by the pair that plays Juno and Paulie.

‘Vampire’ is quirky, cute, and fun. It is one of the songs that plays during the ending credits of Juno. It mainly repeats lyrics like “I am a vampire” and “I have lost my fangs.” It’s not entirely clear what the song’s meaning is, but one interpretation is that the narrator, like Juno, has gone through rough times that hardened them but is now beginning to lose those fangs and step into the sunlight.

Related: Don’t get too spooked with our playlist of monster songs.