16 Cool Songs from the Lost in Translation Soundtrack 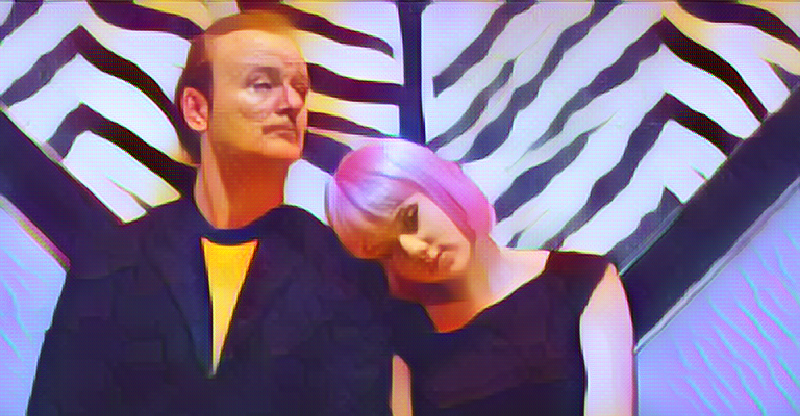 If you’re planning to visit Japan, a viewing of Lost in Translation is almost a pre-requisite.

The 2003 film Lost in Translation, directed by Sophia Coppola (the daughter of film giant Francis Ford Coppola), tells the story of a chance encounter between two people visiting Tokyo. Those two people are none other than Bill Murray and Scarlett Johansson.

It’s a movie about isolation, loneliness, and the joy of meeting another person you immediately hit it off with. As you’re about to hear, the soundtrack contains a fine collection of indie tracks and captures the ‘other-worldliness’ of Japan.

So take a moment, and enjoy the best bits from the Lost in Translation soundtrack. No lipping of tights required.

The opening song is a mashup of several artists’ samples. To set the tone for the movie, the music editors combined samples from artists and composers such as Yellow Generation, Sora Izumikawa, Miki Watanabe, and Akinori Kumata.

Kevin Shields had several music placements in the film. Aside from his band My Bloody Valentine being featured, he has multiple placements, including ‘City Girl’ in the movie. This alternative rock song rolls during the end credits and the music video for the song was also directed by Sophia Coppola.

French artist Sebastien Tellier’s ability to combine genres such as New Age and alternative pop made his music an ideal choice for the dream-like soundtrack to Lost in Translation. His song ‘Fatino’ is featured in a scene where audiences get to know the main female character, Charlotte, a bit more. Tellier is known for the romantic themes he adds to his original work.

Much of Lost in Translation is told from Charlotte’s point of view, the main female character. As Squarepusher’s ‘Tommib’ plays, viewers find Charlotte in a reflective moment looking outside her window while visiting Tokyo. The alternative rock song is strangely named after the project name the producer listed the song as while working on it with Squarepusher.

In a string of scenes meant to familiarize viewers with the dreamy Tokyo setting of the film, ‘Girls’ by Death in Vegas accompanies the sequence. The English electronic group was formed in 1994, and their track ‘Girls’ has been licensed several times for shows such as Veronica Mars and an adaptation of Sense and Sensibility.

Related: Check out more songs with girls in the title.

Kevin Shields’ composition work in the movie is one of the main reasons people who love the film continue to rewatch it. He masterfully accompanies scenes without overpowering them with a soft yet moving sound design. ‘Goodbye’ comes at a pivotal point in the movie between the two main characters. The composition has a space-like feel and evokes images of a sunrise.

Pheonix’s ‘Too Young’ plays during a more light-hearted scene when characters are dancing in an apartment. The French rock group featured this song on their first album, United. The message behind the lyrics is a sort of coming-of-age tune. The singer feels he’s too young to fall in love, and before he can, he’s got some growing up to do.

Related: Not feeling mature enough? Listen to the best growing up songs.

This whimsical alt. rock tune plays during a couple of different moments in the movie. Viewers first hear ‘Kaze Wo Atsumete’ in a scene where main characters Charlotte and Bill are posted outside a karaoke bar in Japan. The 1971 tune also plays during the end credits. Happy End is a Japanese indie-folk artist who released several projects in the ’70s and ’80s.

Related: If you go to a karaoke bar, you’ll want to know these great karaoke songs.

On the Subway – Brian Reitzell and Roger Joseph Manning Jr.

‘On the Subway’ is another song featuring the work of Roger Joseph Manning Jr. that made the cut for the film. Manning Jr.’s other tune featured in the movie is ‘Shibuya.’ ‘On the Subway’ plays as the main female character, Charlotte, exits a subway and makes her way to a shrine.

One of his instrumentals featured on the soundtrack is ‘Ikebana.’ The Irish composer is also known for his lead singer and guitarist roles in the rock band My Bloody Valentine.

A series of scenes take place in the nearby historical town of Kyoto. Several instrumentals and songs are featured during these scenes, and ‘Sometimes’ by My Bloody Valentine is heard while characters drive across bridges and down Kyoto streets. The tune is an unrequited love song about a guy who loves a girl, but she doesn’t love him back.

As the main female character in Sophia Coppola’s film takes a train by herself to visit a nearby town, ‘Alone in Kyoto’ plays. The song evokes a mysterious feeling and leaves the viewer relating to Charlotte, the female character, as she travels through foreign lands as a tourist.

Related: Head over to the best songs about feeling lonely.

This dream-like instrumental is one of the efforts by composer Roger Joseph Manning Jr. for the film. The moody number created specifically for the movie is heard while the main character, Charlotte, walks around a rain-soaked Tokyo with an umbrella.

Related: If it’s pouring outside, listen to this rainy songs playlist.

Are You Awake? – Kevin Shields

Though the tune makes a brief appearance as two main characters, played by Bill Murray and Scarlett Johansson, enter a bar, the song leaves a lasting impression on people due to its moving instrumentation.

‘Just Like Honey’ plays during a final kissing scene that leads to the end credits. Though the song is about addiction, its metaphorical lyrics can have different meanings and lend well to the emotions and issues one faces in relationships.

Related: Find more delicious songs about honey and food on our list of songs about taste.

More Than This – Brian Ferry

This song is played during a scene where Bob (Bill Murray) tries his hand at the Japanese national pastime, karaoke.

Related: Sing along with the easiest karaoke songs for guys.