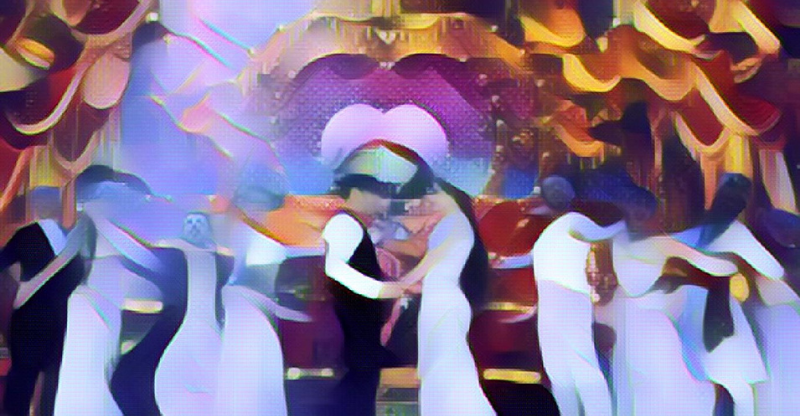 The 2001 film is an excellent example of the creative talents of director Baz Luhrmann, with a soundtrack that has delighted film and music lovers since its release and highlights the movie’s unique nature.

Keep reading to learn more about the Moulin Rouge soundtrack and listen to fantastic tunes.

This song plays at the beginning of the film as Christian writes. John Leguizamo performs it as Toulouse at that time. It plays again at the end of the film; Christian speaks the last line. The song—originally performed by Nat King Cole—tells of a wise, enchanted boy who knows that “the greatest thing you’ll ever learn/Is just to love and be loved in return. This lyric serves as the film’s central theme.

This collaborative Patti LaBelle remake appears in the film as the Moulin Rouge theatrics begin. Its lyrics have a risqué meaning that is often lost on listeners who don’t understand the French chorus; the new Moulin Rouge! version is more evident in its meaning. At its core, the song represents independent women in all forms and seeks to stop the judgment of life choices one disagrees with.

Related: Find this song on our list of the best songs by Pink.

Audiences hear this track when Satine performs in the Moulin Rouge, and Christian sees her for the first time. The song is a modernized mash-up of Marilyn Monroe’s ‘Diamonds Are a Girl’s Best Friend’ and Madonna’s ‘Material Girl’ that also includes some unique lyrics fit for the film. As its inspirations suggest, the song is about women desiring material goods over the less-reliable “promises” of romance.

Related: Check out our playlist of songs about money.

Rhythm of the Night – Valeria Andrews

This track plays when Satine asks Christian to dance while mistaking him for the Duke. It’s a cover of the hit 1985 DeBarge track that also features spoken sections by Nicole Kidman as Satine. The lyrics focus on dancing your cares away, a fitting subject for this dance scene.

Related: Dance all night with our list of best dancing songs.

Before Satine discovers that Christian is not the Duke, Christian serenades her with this track to convince her of his love for her. It appears during other emotional moments during the film in instrumental form. The song is a cover of the Elton John classic about the powerful feelings that love evokes within a person—feelings that can be so strong that they must be written down in song.

Related: Hear the original version on our list of the best romance songs.

This song plays when the bohemians and cancan dancers celebrate the Duke’s decision to sponsor the Spectacular play. It talks about young people of a revolution who can’t be stopped or fooled. The glam rock band T. Rex originally performed this track in 1972. As with other songs on the soundtrack, the lyrics were changed some to fit the film.

Randy Crawford first sang this song in 1980. Satine performs it on top of the Elephant as she dreams of leaving the Moulin Rouge and being with Christian. The song is all about wanting to leave one’s life behind while also realizing that dreaming and romantic love aren’t always helpful or practical. Christian joins Satine as the song ends.

Here is one of two David Bowie covers in the film and soundtrack. The Diamond Dogs is the name of the Moulin Rouge dancers, so this track is a good fit for the film. The song tells of a dystopian future that Bowie’s albums explored; this was the title track of his album released in 1974.

Related: Listen to these sparkling songs about diamonds.

Christian begins singing this when he tries to convince Satine to be with him. It’s a medley of numerous famous love songs, such as Paul McCartney’s ‘Silly Love Songs’ and ‘Up Where We Belong’ by Joe Cocker and Jennifer Warnes. It also includes ‘Your Song,’ which appears earlier in the film in its entirety. At the end of the song, Satine gives in to her feelings as the pair kisses.

Related: See our list of songs about true love.

‘Come What May’ was written specifically for Moulin Rouge. It is a song that Christian writes to signify his and Satine’s love for each other. It is performed during several moments of tension between the two, with the most fleshed-out performance occurring during a passionate moment. The lyrics are about how life can be changed for the better through love and sticking with a romantic partner throughout life’s challenges.

Satine comes to the Duke as this song plays. It is a reimagining of ‘Roxanne’ by The Police. The lyrics find a male protagonist begging the woman he loves to believe in his feelings and change her life so they can be together as a committed couple.

Related: Head over to our playlist of songs about staying together.

This Rufus Wainwright plays when Christian arrives at the Gare du Nord. The lyrics are mainly in French, but the English sections clearly signify to the audience that the song is introducing the Moulin Rouge and its “windmill wings.” It contrasts the weariness of traveling the stairs up to La Butte with the shelter of the Moulin Rouge.

The play’s premiere includes this song; Christian returns to the Moulin Rouge once more at the same time. Toulouse highlights that he “only speak(s) the truth” while Satine repeats lines from ‘Sparkling Diamonds’ that she performs earlier in the film. This scene has frantic energy that foretells the drama that is about to occur.