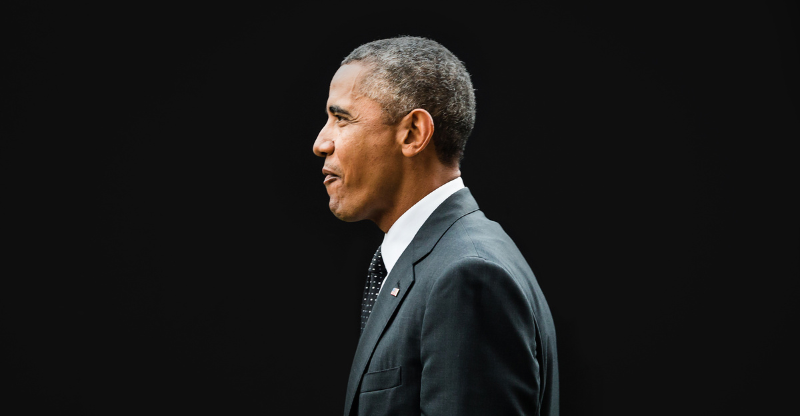 Have you ever wondered what kind of music former U.S. President Barack Obama listens to? Whether you agree with his politics or not, you have to hand it to the guy: he has pretty great taste in music!

The former President has always been quite open and vocal about the songs that he enjoys the most. So let’s dive in and learn about some of the best songs from Obama’s playlist.

Ready or Not – Fugees

Obama listed this as his favorite song during his first presidential campaign. Most of the lyrics find the group warning those in street culture: “Ready or not, here I come, you can’t hide.” The song is based on ‘Ready or Not Here I Come (Can’t Hide From Love)’ by the Delfonics and also samples an Enya song, causing legal controversy.

Marvin Gaye sang this call for peace at the height of a personal crisis; he was a top Motown star but unsatisfied with the role he played in his songs. Gaye believed that he had to find peace within to encourage it in the world.

The protagonist of this hit cheated on his lover. Now he is feeling extremely regretful and begs her to give him another chance, as he will do anything for her to restore her faith in him. The song – sung by Barack Obama’s musical hero Stevie Wonder – spent six weeks straight on top of the US Billboard R&B chart.

‘I’m On Fire’ was one of seven singles from Bruce Springsteen’s album Born In The USA to reach the US Top 10. The music video makes the song’s innuendos clear – Springsteen is feeling wildly passionate about a married woman and is trying to convince her to be with him.

It’s been suggested that this song was written about Aretha Franklin’s husband Ted White, at least partially; White wrote the song with Franklin. The song is now known generally as a feminist anthem. The song experienced two resurgences after its original release in May of 1968.

This was inspired by a jokey fake French track that Paul McCartney sang for laughs while busking as a teenager. In the song, McCartney sings to a love interest named Michelle about how wonderful she is and how much he needs her. Of course, his famous wife, Michelle Obama, probably has something to do with his fondness for the track.

While Nina Simone’s version of ‘Sinnerman’ may be the most famous, the song has ancient roots as a traditional African-American spiritual piece. It’s easy to see why Simone’s version is so famous, as it is hard to forget the 10-minute jazz masterpiece that it is. The song actually tells the story of a morally corrupt man who is running from God’s judgment and his own inner demons.

Listeners get a peek into the grim worldview of many people during the Vietnam War in this classic. The song views the turbulent world of the late 1960s as apocalyptic. Former President Obama has said that The Rolling Stones are among his musical heroes, and this is his favorite of their tracks.

How Can You Mend a Broken Heart – Al Green

This is Al Green’s cover of the Bee Gees track and has been featured in several notable films. The narrator asks no one in particular: “And how can you mend a broken heart?/How can you stop the rain from falling down?” It seems that the answer, at least to Green as the protagonist, is love.

City of Blinding Lights – U2

Though there seems to be several themes at play here, the song was mainly inspired by a trip Bono and his then-girlfriend Ali took to London; other parts came from a U2 show in New York after the 9/11 attacks.

Could You Be Loved – Bob Marley and the Wailers

Could You Be Loved’ appeared on Bob Marley & the Wailers’ final album. It was written during Marley’s final years as he battled cancer, as he seems to reflect on life and the love in the world.

The Thrill Is Gone – B.B. King

Here’s a cover of the 1951 Roy Hawkins track that became B.B. King’s biggest hit. It finds King losing his interest in a relationship since the woman he loved has hurt him. He isn’t completely ready to move on, but he knows that he will one day.

The Etta James hit got a refresh when Beyoncé covered it in 2008 for the film Cadillac Records, in which she portrayed James herself. She also performed the Grammy-winning track, which is about a woman finally finding the love she has been waiting for, at President Obama’s Inaugural Ball.

The Times They Are A-Changin’ – Bob Dylan

Bob Dylan sings of the changing and unsettling times of the 1960s in this piece; it was even played on the night that US President John F. Kennedy died. It also finds Dylan asking people from all types of backgrounds to come together in troubled and frightening situations.

Will.i.am released this song under the name WeCan08, which was inspired by Barack Obama’s “Yes We Can” campaign quote. The song shows the musician’s support for the former president during his campaign and samples from Obama’s campaign speeches throughout 2008.

Luck Be A Lady – Frank Sinatra

Frank Sinatra sings of luck as being personified like a lady in this track. She isn’t just any lady, though; she is a ruthless one that can’t be predicted. It is clear that he needs luck right now and is begging “her” to help him.

This appeared as the last track on Jay-Z’s retirement album. It finds him reflecting on his career and showing listeners that he treated his last song with the same careful thought as the first. This was the first song that producer Aqua was ever credited on—which is interesting given its title.

Ain’t Too Proud to Beg – The Temptations

A man begs the woman he loves to stay with him here, showing that his pride doesn’t go so far as to prevent him from holding on to what matters to him. Multiple artists covered ‘Ain’t Too Proud to Beg’—The Rolling Stones’ had a Billboard chart hit with it in 1974.

Camila Cabello falls in love with a bad boy here; Havana, Cuba, is Cabello’s hometown, so the song is also an ode to one of the places where she grew up. At least nine versions of the song have been recorded; Cabello has said that it was the hardest song for her to record on her first album.

Leon Bridges shows listeners how he made something out of a hard life in this 2018 track, which was his first release since his debut in 2015. Barack Obama listed it as one of the best tracks of 2018 in his year-end list.

This song is similar to Brandi Carlile’s memoir in that it explores her Christian childhood and the growth she experienced as she grew up. The song also shows Carlile letting out her frustrations about mistreatment in her past and gaining perspective on her life.

‘Lose Yourself’ served as the theme for Eminem’s film 8 Mile, which was semi-autobiographical. It was a huge hit for Eminem, becoming his first Number One track in the United States—it stayed in that spot for 12 weeks and was the third-longest chart-topper from a film soundtrack. The 13-times multi-platinum song finds Eminem singing of using the chances you have to make something of yourself.

If I Have My Way – Chrisette Michele

The narrator here has strong feelings for someone special. She believes that they will be together one day, since she wants to be very badly: “I’ll be your woman, if I have my way.” She says that she won’t change her mind as long as she lives.

I Don’t Live Here Anymore – The War on Drugs

This track’s protagonist is feeling aimless and empty. He wants to leave this dark feeling behind and only bring his memories with him.

In My Room – Frank Ocean

Frank Ocean brags about his extravagant spending in this track. He also talks about a meet-up with a lover in the outro. This was an angle that Ocean released as a surprise for his fans in 2019. This is the title track for an album released in September of 2021.

Unrequited love is tough. This song tackles the topic with lyrics written by Dave Mason of Traffic. He wasn’t feeling great while writing the song and asks someone else if they feel okay. Joe Cocker’s version is one of many covers; the original features a question mark in the title that helps highlight the narrator’s mixed up feelings.

The Only Heartbreaker- Mitski

This song finds Mitski telling a lover that she will “be the only heartbreaker” in a relationship, as this is the role she is used to taking. The lyrics are also supposed to dig deeper into the topic of hurting each other in a breakup, where maybe the hurtful party is the one who is at least doing something in the relationship.

MONTERO (Call Me By Your Name) – Lil Nas X

While Nina Simone’s version of ‘Sinnerman’ may be the most famous, the song has ancient roots as a traditional African-American spiritual piece. It’s easy to see why Simone’s version is so famous, as it is hard to forget the 10-minute jazz masterpiece that it is. The song actually tells the story of a morally corrupt man who is running from God’s judgment and his own inner demons.

Love Is The King – Jeff Tweedy

Jeff Tweedy lets his listeners know that love is the be all and end all of life here. He sings that everything starts and ends with love: “When push comes to shove/Love is the king.” The song was released on an album of the same name on 15 September 2020.

The lover in this tune is all talk, but not about taking action when committing to a relationship. Summer Walker talks to this person about their unreasonable behavior and suggests to them that they should make an effort when it comes to investing in a lover. Unfortunately, it seems this person would rather play games with Walker.