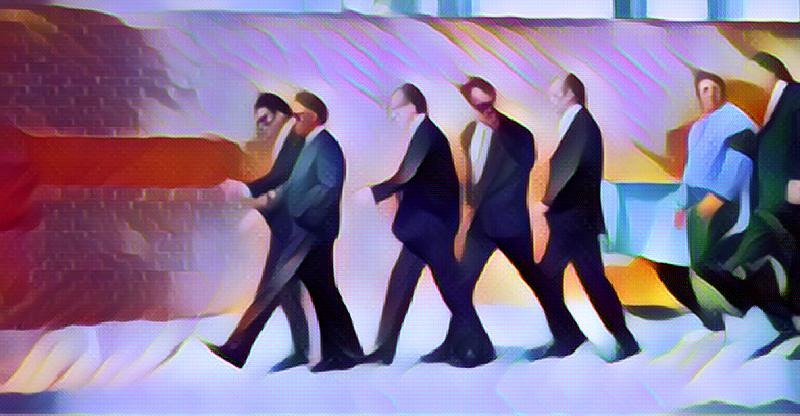 Back in the early ’90s, heist movies were going through a dry patch.

Then along came a young filmmaker by the name of Quentin Tarantino with a superb script and a fine cast of actors both old (Harvey Keitel) and new (Tim Roth), and the genre was reborn.

The use of music in the movie was noteworthy too. So here are the main songs from the Reservoir Dogs soundtrack to relive the magic. Let’s get to work.

Related: Sometimes, an “oops!” can be a success. Here are the best songs about making mistakes.

Hooked on a Feeling – Blue Swede

Artist B.J. Thomas initially performed this tune but years after its initial release, Swedish rock band Blue Swede covered it, and that’s the version included in the Reservoir Dogs movie soundtrack. The song contains plenty of references to illicit behavior, which perfectly matches Tarantino’s film. The song is featured in a scene focused on the main characters’ conversation during a car ride.

Related: Film directors seem to love this song! You can also find it on our playlist of Guardians of the Galaxy songs.

Joe Tex’s ‘I Gotcha’ plays in Tarantino’s early 1990s crime film as one of the main antagonists, Eddie Cabot, drives to a warehouse where several mobsters are hiding out. The song plays over a famously violent scene, though many Tarantino fans admit that if you take his entire filmography into account, the scene is one of his less violent takes comparatively.

Related: Head over to our list of best crime songs.

“Mr. Orange” is one of Reservoir Dog’s main characters who gets quite a bit of screentime due to his double role as both “Freddy” and “Mr. Orange.” While ‘Magic Carpet Ride’ plays, Mr. Orange is featured in a scene at a club. The song was originally released in the late ’60s by the rock group Steppenwolf. After its initial release, the song’s popularity made it a go-to cover song for many artists, including Bedlam.

The ‘Madonna Speech’ featured in Reservoir Dogs is an iconic scene. It’s so iconic that director and screenwriter Quentin Tarantino included it on the official soundtrack. During the scene, several characters discuss the true meaning behind Madonna’s hit song ‘Like a Virgin.’ In true gangster fashion, they make some rather bawdy conclusions during their discussion.

Mr. Orange’s residence is featured during the scene with Sandy Roger’s song ‘Fool for Love.’ This 1986 tune is a dark romantic song featuring a hopeless romantic for a protagonist who feels inescapable loneliness. This loneliness is compounded by the reality of the inability to find love, and the song suggests a sad ending for the protagonist. The dark nature of the tune pairs well with Tarantino’s ominous directing style.

Related: See our playlist of songs about unrequited love.

Stuck in the Middle with You – Stealers Wheel

One of the film’s earlier scenes featuring a cop at the mercy of several gangsters contains a few different Tarantino song choices. ‘Stuck in the Middle with You’ is one of those songs which accompanies the gangsters’ interactions with the cop. The scene has become so infamous that even the song is now often directly associated with the movie.

Related: You can find this song on our list of hand clap songs.

A scene featuring Freddy without his “Mr. Orange” alias is accompanied by the Bedlam tune ‘Harvest Moon.’ The song contains dark undertones as it describes an overall yearning for change in life, whatever that change may be. Lyrics suggest the singer has a touch of nihilism as descriptions of the end of the world are detailed in parts of the song.

Related: Go to our list of the best songs about the end of the world.

Harry Nilsson’s ‘Coconut’ runs through the end credits, and by the end of the movie, the viewer needs a well-deserved break. As the credits play, viewers are left to digest and dissect Tarantino’s particularly gruesome movies. Reservoir Dogs follows several undercover cops pitted against a crime boss, and you are left with more questions than answers in the end. This, of course, has come to be known as another classic Tarantino directorial tactic.

Related: If coconuts make you want the beach, here are the best songs about the beach.