12 Best Songs from the Romeo and Juliet Soundtrack 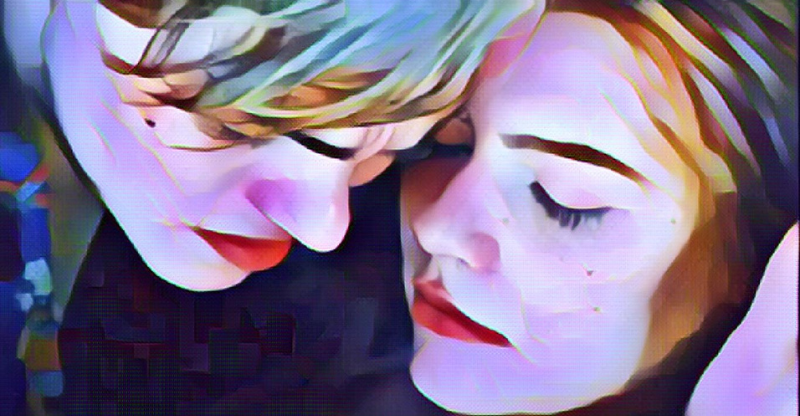 Full of alternative rock and popular ’90s artists, take a listen to the Romeo and Juliet soundtrack below.

“You do that, Romeo. Be what you wanna be.” Written for the film adaption of Romeo and Juliet, alternative rock band Everclear tells the modern story of Romeo and his struggles with society’s expectations of him. The song plays in the movie when Romeo returns to his friends after visiting Father Lawrence, and a message from Juliet is delivered to him.

Related: Listen to the best songs about feeling inferior.

“I come closer to you. It’s paradise you take me to.” This film’s soundtrack helped drive home the ominous fate of Shakespeare’s classic love story. ‘Angel’ by Gavin Friday does this perfectly with lyrics that are both romantic and gothic in nature. The song only gets a couple of seconds of screen time in the film during a scene in which Juliet watches fireworks from her balcony while wearing a dress mimicking an angel’s wings.

Much of Lurhmann’s Romeo and Juliet explores gang culture and its impact on society. One Inch Punch’s song ‘Pretty Piece of Flesh’ was written specifically for the film and helped drive home the movie’s violent message. It plays towards the beginning when the Montague boys belts out the lyrics.

‘Kissing You’ was written by songwriter Timothy Atack for the film adaptation of Shakespeare’s most famous play. The song can be heard in the film during one of the most memorable scenes when Romeo and Juliet meet at a ball.

Related: Find similar songs on our playlist of songs about kissing.

Whatever (I Had a Dream) – Butthole Surfers

’90s band Butthole Surfers incorporate the strange meanings of dreams and the tragic story of Romeo and Juliet within their lyrics to ‘Whatever (I Had a Dream).’ The song plays during a crucial fight scene between several characters, including Romeo and Mercutio. It was also included as one of the bonus tracks on the soundtrack released shortly before the film debuted.

‘Lovefool’ helped The Cardigans reach international fame. It raced to the top of both American and British charts after its inclusion in the 1996 film adaptation of Romeo and Juliet. The song plays during the film when a nurse delivers messages to Romeo and Juliet regarding wedding plans. The song also appeared in the popular 1990s film Cruel Intentions.

Related: This song features on our 90s love songs list.

Originally a disco song released by Candi Staton in 1976 and written by David Crawford, Kym Mazelle’s cover of ‘Young Hearts Run Free’ is featured in the movie. The song plays while Romeo and his buddies get ready to crash a Capulet party. It also makes an appearance during a wild dance scene.

The song plays during the end credits of Luhrmann’s modern take on the Shakespeare classic. The updated lyrics were actually adapted from an essay by columnist Mary Schmich called “Advice, like youth, probably just wasted on the young.”

Related: Feel free with this list of freedom songs.

To You I Bestow – Mundy

Mundy’s haunting ‘To You I Bestow’ plays during Romeo and Juliet as Romeo races back to Juliet after learning of her fate. Vocal lines only crooning the sounds “Oh, oh” in the song are featured during this scene. The lyrics delve into a troubled relationship with the protagonist wishing his lover would come back to him.

This song plays as Romeo walks on a beach and feels anxious and upset. This part of the film acts as an introductory scene for Leonardo DiCaprio’s Romeo and gives the viewers an idea of how a modernized version of the character can be interpreted.

Related: Swim over to our playlist of songs about beaches.

Thanks to the inclusion of ‘Little Star’, many instantly recognize artist Stina Nordenstam through this song. The message offers an intimate take on suicide and was included in a pivotal scene in the film when Mercutio dies, and Juliet begins fantasizing about her future life with Romeo. This is when she delivers the memorable “Come, Gentle Night” monologue.

You & Me Song – The Wannadies

Swedish band The Wannadies originally released ‘You & Me Song’ in 1994, and it went on to become the band’s biggest hit overall. It saw a resurgence in popularity when it was included in the film. The song is featured in a string of scenes involving Romeo. The song plays as he visits Father Lawrence, takes in the city skyline, and visits Juliet on her balcony.