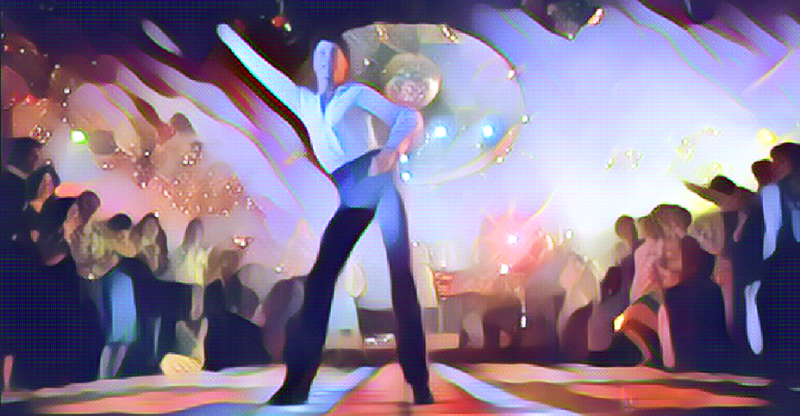 The 1977 film Saturday Night Fever not only helped launch actor John Travolta’s career but is also considered one of the most popular films in the US.

Using music primarily composed by popular disco band the Bee Gees, it is the second best-selling soundtrack of all time, falling only behind The Bodyguard soundtrack.

Check out songs from the Saturday Night Fever soundtrack below, and you’ll be dancing in no time!

If there is one instantly recognizable song that embodies the entire disco era, it could be the Bee Gees’ hit single ‘Stayin’ Alive.’ The funky powerhouse of a tune plays during the opening credits, which helped launch actor John Travolta’s career.

Related: This song features on our dancing playlist.

How Deep is Your Love – Bee Gees

The Bee Gees’ music can be heard throughout the entire film. Just as the movie transcends the disco era, so does the disco-soul group’s music. The film opens with their song ‘Stayin’ Alive’ playing at the beginning as we are introduced to protagonist Tony Manero. And the film ends with their song ‘How Deep is Your Love’ playing as the storyline ends.

Related: Hear this classic on our playlist of romance songs.

During the ’70s, in much of big-city America, there wasn’t another experience quite like visiting the discotheque on Friday night after work. ‘Night Fever’ by the Bee Gees is synonymous with this feeling. This hit film features this song during a scene when characters visit “the disco” for the first time. It is the biggest hit from the movie’s soundtrack, released in 1977.

More Than a Woman – Bee Gees

The popular disco-era group Bee Gee’s song ‘More Than a Woman’ accompanies one of the scenes. The main character Tony Manero (played by John Travolta), and his love interest Annette show off their impressive dance moves as the song plays in the background.

If I Can’t Have You – Yvonne Elliman

Though Yvonne Elliman recorded a version of ‘If I Can’t Have You’ specifically for the soundtrack, the Bee Gees originally wrote the tune. While Elliman’s version ended up in the film, the Bee Gees released the original version on their own album Stayin’ Alive about a month after the film’s soundtrack came out.

A Fifth of Beethoven – Walter Murphy

‘A Fifth of Beethoven’ is featured alongside ‘Night Fever’ in a pivotal early scene as the main character Tony Manero makes his way around a disco for the first time. This song is one of the instrumental parts featured in the film. Its name is derived from the beginnings of the song, which uses some of composer Beethoven’s ‘Symphony Number 5’ for the melody.

Open Sesame – Kool and the Gang

Featured on funk group Kool and the Gang’s 1976 album, which goes by the same name as hit single ‘Open Sesame,’ the chart-topping song is featured in one of the movie’s many high-energy dance scenes. Not only was the song used in the film, but it also spent time in the top ten on the charts after its initial release.

Related: Say “open sesame!” to this list of magic songs.

Saturday Night Fever features a ton of Bee Gees music. While several of their songs made it into the movie, their tune ‘Jive Talkin” was included in a deleted scene featuring Tony Manero the day after his first infamous visit to the disco.

You Should Be Dancing – Bee Gees

‘You Should Be Dancing’ reached number one on music charts in ’76 and became one of the disco era’s biggest hits. Its inclusion in Saturday Night Fever helped cement the Bee Gees’ legacy as disco royalty.

Related: This also shows up in the Despicable Me soundtrack!

The disco fashion-inspired song ‘Boogie Shoes’ by KC and the Sunshine Band was originally featured on the B-side of their famous ‘Shake Your Booty’ single. But it eventually got the recognition it deserved when the Saturday Night Fever crew decided to feature it during a scene focusing on disco goers’ flashy footwear. With its success in the movie, the band ultimately released it as a single in ’78, charting modestly at number 35.

Related: Step on over to this list of famous footwear songs.

Though this disco-funk instrumental was only briefly used in the film, producers included the groovy tune in its entirety on the official soundtrack. The funk band The Nightlighters originally recorded and released it in 1971.

One of the disco era’s popular singles was the dance club hit ‘Disco Inferno’ by The Trammps. It was used in a dancing scene in the ’77 film Saturday Night Fever. The scene was filmed at a club where The Trammps would often perform, the 2001 Club in New York. The famous “Burn baby burn” line in the song references the heat produced on the dance floor at dance halls.

Related: Set the dancefloor alight with our playlist of best disco tracks.