13 Songs from the Singles Soundtrack 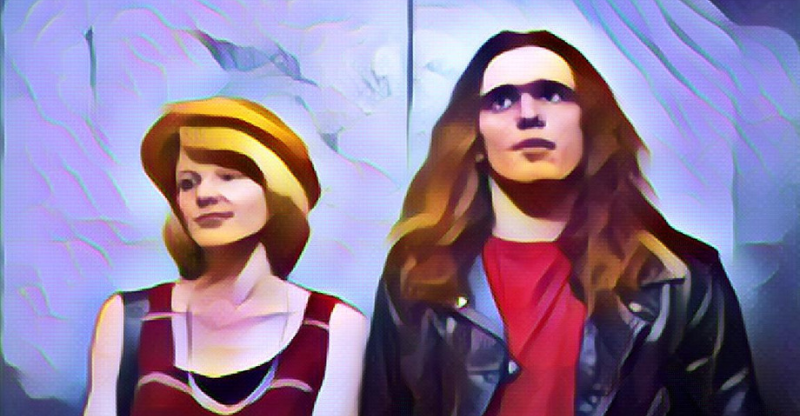 Singles is a 1992 film that follows the lives of two young couples and features popular grunge artists from the time.

With its heavy musical influences, you could say that the movie’s soundtrack is one of its most important features. Keep reading to dive into the Singles soundtrack and its iconic songs from the grunge era.

Would? – Alice In Chains

Alice in Chains plays this song live on stage in the film during the interview with Cliff. Its lyrics depict the struggles of addiction rehabilitation and wondering what will happen after recovery. It was written to pay homage to Mother Love Bone’s lead singer Andrew Wood who died in 1990.

This plays while Jane looks at the pictures on Cliff’s wall and feels insecure. While the lyrics are somewhat abstract and open to personal interpretation, they can be viewed on a broader scale as making necessary changes in one’s life to improve situations and allow for personal growth.

Related: Remember to take a breath with our list of breathe songs.

This was Chris Cornell’s first solo track after performing as part of Soundgarden and Audioslave. Its lyrics speak to the frustration and regret that comes with missed opportunities and the speed of time that makes them all the more agonizing. Audiences can hear this track playing when the Seattle mayor turns down Steve.

Related: Don’t miss your chance! Listen to these opportunity songs.

This plays during the transition to the Java Stop coffee shop scene. It also plays during the film’s end credits. It’s about having “a dyslexic heart” of sorts due to being unable to understand what a love interest wants and needs. It highlights how hard communication can be between different sexes.

Related: Enjoy your cup of joe with this coffee songs playlist.

Battle of Evermore – The Lovemongers

‘Battle of Evermore’ appeared on the Singles soundtrack album and was performed at the film’s premiere by The Lovemongers. This was originally a Led Zeppelin track; after reading about Scottish history, Robert Plant wrote its lyrics. The song tells a story about the battle between day and night—or the fight between good and evil. “The sky is filled with good and bad” in this story.

Steve and Dave are trying to find a club when this plays. The song tells of Mother Love Bone lead singer Andrew Wood’s and fiancé Xana La Fuente’s struggles to make ends meet amid Wood’s addiction struggles. It highlights how hard addiction can make life and ruin relationships.

Soundgarden performs this live on stage as Steve goes clubbing in light of his relationship’s hiatus. It’s a somber song about the inevitable and unstoppable cycle of life, where no human remains immortal regardless of their decisions in life. It also demonstrates how birth and death are constants across all countries and cultures.

Audiences hear this song as the film cuts to Debbie and Linda at a club. It first appeared in the film and on the soundtrack, while a different version appeared on Pearl Jam’s album Ten as a bonus track for its 2009 re-release. The lyrics are about the fighting that goes on between your heart and your instincts while in love.

Related: Take our word for it—you’ll like this playlist of trust songs.

Mudhoney was given a $20,000 budget to write a song for the Singles soundtrack; ‘Overblown’ was the result. The lyrics explore the intensity of the sudden fame that Seattle Rock bands experienced when the film was released, which caused disenchantment and frustration for performers who missed their core fans when larger audiences discovered them.

Waiting for Somebody – Paul Westerberg

This song can be heard during Singles’ opening credit sequence. While the song seems upbeat on the surface, its lyrics speak to someone lonely and despaired yet seem to accept the situation. Besides appearing on the soundtrack and in the film, ‘Waiting for Somebody’ was released as a B-side to the single ‘World Class Fad.’

Related: If you’re waiting, queue up this list of songs about waiting.

May This Be Love – Jimi Hendrix

This Jimi Hendrix Experience track plays on the radio when Linda and Steve are doing dishes and almost kiss. The ballad was written for Jimi Hendrix’s mother, who passed away when he was young. It speaks of feeling comforted and at peace as long as one has love in their life: “I have nothing to lose;/Long as I have you.”

Related: Here’s our list of songs with love in the title.

Here’s a grunge track. ‘Nearly Lost You’ appeared on the Singles soundtrack and was highly successful as a result; it is widely considered to be Screaming Trees’ signature song. Its lyrics are about being in a fragile state of mind where darkness almost takes over—and then finding one’s way back to the light and normalcy.

Related: Check out these light songs.

This song’s narrator can’t get over the woman he lost because they are mismatched as a couple. He knows he isn’t right for her but still wishes to be in her life. Rather than releasing it on their own album, The Smashing Pumpkins released ‘Drown’ on the Singles original motion picture soundtrack.

Related: Head over to our playlist of songs about not being good enough.