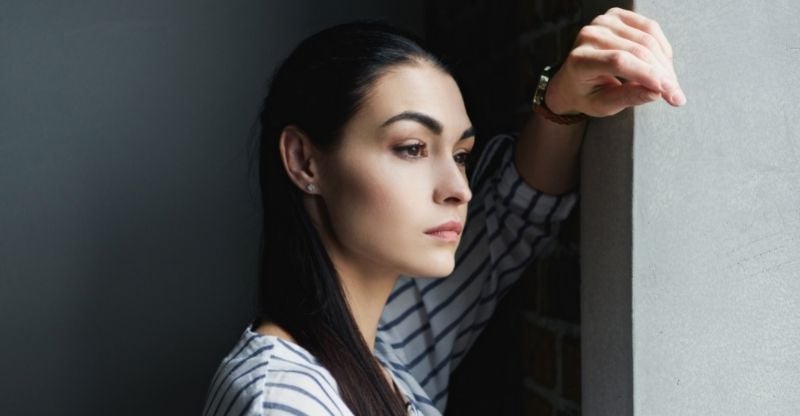 Friends abandon each other, lovers go silent, siblings give one another the cold shoulder – sometimes even parents abandon their kids (and vice versa).

If someone has deserted you, these songs about abandonment may help to process what’s happened. What’s important to know is most of the time it’s not you, it’s them. For reasons you may never know, they can’t handle having a relationship with you.

It’s not easy to accept, but life goes on and you can’t spend your whole life thinking how things ‘should be.’ They are that way, you have to just move on and find people who do value you.

So go easy on yourself, and don’t let their treatment of you define you as a person. By the way, this list of songs gets pretty emotional, so make sure you’re ready.

One of the hardest things about being abandoned is the radio silence. The other person is still alive (as far as you know). They’re out there, but you don’t know what they’re doing or how they feel.

Here, singer Chris Martin sings from the perspective of a small child who wonders just this. Where is his father? “Daddy, do you not care?” he wonders.

The saddest thing is, it’s his birthday.

But here’s the great thing about this song: he’s not bitter. He reassures his Dad “it’s ok,” because he knows deep down inside, his dad is hurting too, just like he is.

Singer Chris Martin was inspired to write this heartfelt song due to issues he has with his own Dad. It’s a fantastic piece that is vulnerable and beautiful. I have the same thing going on with my Dad, so it gets me every time.

Bob Dylan released this song in 1985, but it was written ten years prior while he was divorcing his wife, so it’s assumed that this song is about her.

In the relatively unknown (but brilliant) song, Dylan sings of the problematic relationship, and the lyric, “as long as I love you, I’m not free” tells of the unhappiness he felt while he was married.

Related: see our playlist of songs about breaking up.

Rod Wave sings of his troubling childhood that contributes to his trouble in relationships. He says that his father and uncle left when they went to prison, and he didn’t like his new stepfather when his mother remarried, which caused him to spend time with all the wrong people.

Everyone he thought he could consider a friend ended up turning his back on him, which ultimately led to trust issues. He sings to a potential lover and asks them if they could stick around even when it gets tough because he knows he’s bound to make it complicated.

Where Are You Now? – Justin Bieber, Skrillex and Diplo

In this song, Justin Bieber feels abandoned by someone he invested time and emotions into because they’re not reciprocating the same devotion now that he needs it. It’s unclear if he’s singing to a partner, ex, or friend, but this song could apply to any of those people.

He recalls everything he did for this person – from giving attention to offering hope and prayers – and how none of that is given back to him. In any close relationship, both sides are usually there for each other in times of need, so he asks a valid question.

Tell Me How – Paramore

The singer appears to be singing to a partner or friend in a relationship that isn’t going well. She’s frustrated with how things are going but remains optimistic and doesn’t hate them despite everything. Many people believe this song is about a former band member who left the band on bad terms and sued the remaining members.

Where The Hell Are My Friends? – Lany

Nothing feels worse than when you’ve sent a text to every contact on your phone and still don’t have anything to do on a Friday night.

The questions go from “where are my friends?” to “do I have any friends?” Perhaps this is due to lonely wine-induced overthinking?! The singer laments over how he could leave Los Angeles, and nobody would care, or so he thinks. Remember, your lonely weekend thoughts aren’t always accurate!

Related: go to our playlist of friendship songs.

This song is about ending a relationship, whether it’s with a lover or a friend. It appears to be an unpleasant ending since “none of us thought it was gonna end that way,” and it’s described as a tragedy.

Even though the relationship had to end, the singer can’t imagine life without this person and has a hard time dealing with it. It’s hard not to feel abandoned during these situations, even if it was for the best.

Related: see our playlist of songs about breathing.

This Isn’t The End – Owl City

This song will break your heart, but it has a hopeful message that comforts many listeners.

It’s about a girl whose father passed away when she was young due to tragic circumstances. She was angry and felt abandoned by him and found it hard to understand and even harder to move forward.

However, she was eventually able to forgive her father and find hope for a better future. “It’s just the beginning, this isn’t the end” is a reminder to everyone that difficult circumstances aren’t the end of your happiness.

How Could You Leave Us – NF

NF tells about the difficult childhood he had with his mother coming in and out of his life. She struggled with addiction and eventually passed away because of it.

NF shows that even as an adult, he still struggles with forgiving her actions and still feels abandoned but also misses her. He wants to remember his mother fondly, but all that comes to mind are the bad memories because that’s pretty much all he has of her.

This song talks about a whirlwind relationship that won’t last long and won’t end well. The two people involved intend to leave before the other person leaves them to avoid getting their own hearts broken – because hurting someone else is easier than getting hurt, right? Hmm, not sure about that.

The two singers aren’t sure how they ended up being together for three weeks, but both appear that it’s been too long, and they need to leave the relationship before it gets too serious.

In one of Eminem’s finest pieces of writing and storytelling, he tells a wild story of an obsessed fan.

With each fan letter that doesn’t get a response, Stan becomes angrier and starts to question Eminem’s loyalty to his fans and wishes terrible things would happen to him. The final verse sees Eminem responding to this superfan, giving him a cap with an autograph.

The end of the song reveals…well, you just have to see it.