17 Songs about Addiction to Help You Through the Hard Days 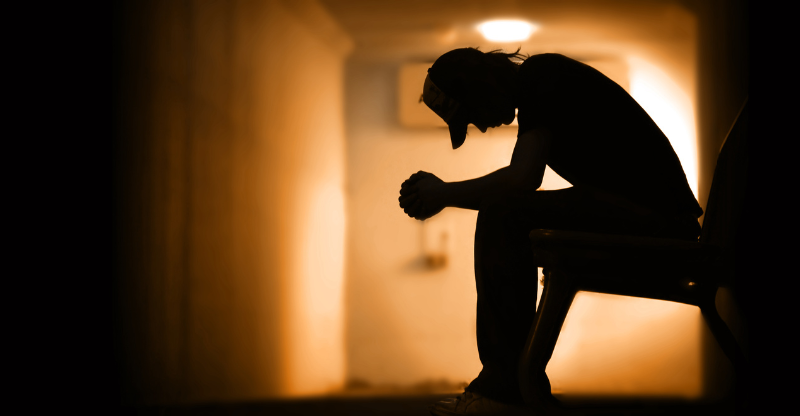 Addiction represents one of the darker and scarier sides of humanity. However, the challenges that people face while battling addiction can also make them stronger in many cases.

How do musicians handle the topic? Find out by reading up on the following songs about addiction. Whether you’re at the beginning or you’re dealing with a full-blown addiction, you’re not alone.

Macklemore sings of his own struggles with alcohol addiction before he found fame in this addiction song. He specifically recounts a relapse three years after leaving rehab treatment, which he received with intervention from his father. The song appears on the 2012 album The Heist.

Related: Check out the best starting over songs.

The Needle and the Damage Done – Neil Young

Neil Young wrote this track about Danny Whitten’s struggles with addiction and subsequent death. As the title suggests, the song talks about what happens in the long run when one has substance abuse problems. The line “cellar door” refers to the Cellar Door club in Washington, D.C., where Young and Whitten had both performed.

This bittersweet song is about when Amy Winehouse’s management company wanted her to enter rehab because of her drug and alcohol addiction; Winehouse and her father did not believe that she had an addiction but suffered from heartbreak instead. Winehouse eventually entered a less-than-ethical rehab facility for addiction treatment the same year the song was released.

Related: Sing along with our list of popular karaoke songs.

Eminem sings of the dark time when he spiraled into drug abuse and lost his creative side with this song. Eminem was suffering from insomnia and grief at the time. The lyrics make it clear that the rapper understood the severe negative impact of his addicted state on his own life and the lives of his loved ones.

Related: Here is our songs about death playlist.

Red Hot Chili Peppers’ lead singer Anthony Kiedis wrote this track about the loneliness of addiction. He sings of feeling as though his city is his only friend within the lyrics. The ballad style of the track was unusual for the band, but ‘Under the Bridge’ ended up being the group’s biggest hit.

Related: Head over to the best all alone songs.

The A Team – Ed Sheeran

A young woman struggles with addiction and the rough lifestyle that often accompanies it in this track. This was the first single from Ed Sheeran’s debut album and one of his earliest popular tracks. Sheeran based the song on a homeless woman he met but changed some details in the lyrics to make it a somewhat different story.

In this song, a woman begs sobriety to “come back” to her. She realizes she is going down a dark path of alcohol abuse and feels out of control. Pistol Annies’ member Miranda Lambert was inspired to write the song after saying “dear sobriety” while pouring Bacardi.

While Demi Lovato didn’t write this track, the singer did gain inspiration from past addiction recovery experiences while recording it. The song is about someone who knows that their thinking pattern is dangerous and destructive when it comes to addictive behaviors.

Related: Think about listening to our thinking songs playlist.

This song is about struggling to break bad habits, such as drug and alcohol abuse and other behaviors that cause harm. The protagonist regrets his past actions and is constantly thinking about them, feeling self-loathing from it all. The song was inspired by fans of Linkin Park, who used the band’s music to get through dark periods.

One Day at a Time – Joe Walsh

Joe Walsh wrote this song about his own experiences with addiction. Walsh decided to pursue recovery on his own after a moment of clarity about his dependencies. In releasing the song, he hoped he could help listeners going through a similar struggle and inspire them to get help.

The Weeknd co-wrote this song with Ed Sheeran, who also provided supporting vocals for the track. Both singers perform as narrators who warn the women interested in them that they are likely to fall into addictive patterns if they pursue relationships with them.

Carrie Underwood sings about addiction from an outside perspective in this track. She sings as a woman who leaves her hurtful, addictive boyfriend. She wants to improve her life and leave her painful past behind. The boyfriend eventually realizes he has made a huge mistake, but it is too late to win her back.

Related: Did you make a mistake? Here are the best songs about messing up.

This song tells about the band’s struggles with addiction as a group. The members often relied on substances to get through concerts. The track was never released as a single. However, it quickly became a staple at live Guns N’ Roses concerts.

Here’s a song where Jamey Johnson warns listeners that regular, potentially boring citizens can fall victim to addiction to get through the pressures of daily life. The lyrics talk about an ordinary man spiraling into a cycle of making bad decisions, all of which are related to the addiction he develops.

Man on the Rocks – Mike Oldfield

While this song seems to be about addiction to substances at first glance, Mike Oldfield has said that it’s about addiction in general – particularly addiction to relationships that end badly or to failure itself. It speaks to anyone who has felt addicted to bad patterns in their life and doesn’t know how to break the habit.

Billy Joel wrote this song about the young, lazy, and apathetic college students he witnessed in society. The only thing they seemed interested in was funding their addictions through any means necessary. The song was meant to warn audiences against such behavior.