19 Best Songs about Alcohol to Celebrate Your Favorite Tipple 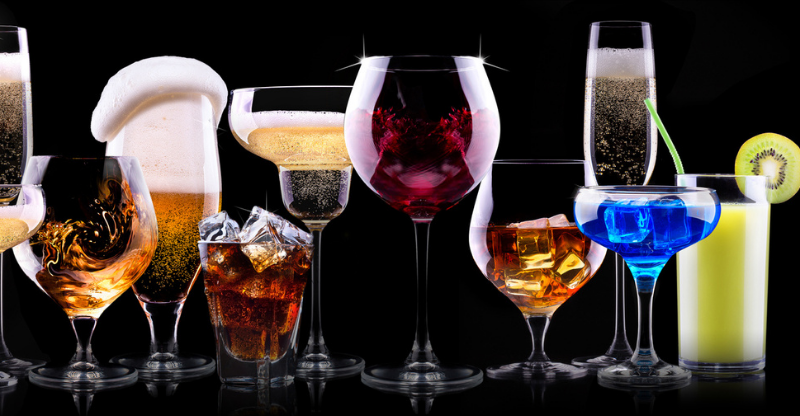 Musicians of all genres have long chosen alcohol as a topic to write about. Some artists like Jim Morrison of The Doors and country singer George Jones had a difficult and tumultuous relationship with it. Other musicians and bands like Toby Keith and ZZ Top sing about its healing nature. Whether you need a soundtrack for your party or you’re having a quiet drink at home, here are songs about alcohol to keep you company.

The Beastie Boys had several hits in the 80s and 90s including ‘No Sleep Till Brooklyn’ and ‘Intergalactic.’ With notable albums like Licensed to Ill, they garnered a cult-like following with the youth, especially the college-aged crowd. ‘Brass Monkey’ is a song about a specific alcohol beverage by the same name. Simply mix together rum, vodka, and orange juice.

Related: This track appears on our playlist of monkey songs.

Irish punk band The Pogues drew on their drinking expertise for their song ‘Sally MacLennane.’ The story goes band members were in awe of frontman Shane MacGowan’s ability to consume large amounts of alcohol. When the night was over, they’d simply put him on a train and send him home. The next day, he’d be ready to go again. The inspiration for the name of this song doesn’t come from a woman, but from Shane’s preferred beer.

If you never thought a rock band would cover a German operetta song, think again. The Doors’ psychedelic feel was the perfect fit for this tune, which the band recorded with a carnival-like theme running throughout it. As frontman Jim Morrison’s illicit drinking habits became public knowledge, they covered this song in recognition of the substance abuse problems artists often deal with.

You And Tequila (With Grace Potter) – Kenny Chesney

Kenny Chesney utilized Grace Potter’s sultry, powerful vocals for accompaniment with his hit song, ‘You and Tequila.’ An acoustically-driven tune comparing a torturous romance to one’s relationship with alcohol, Chesney and Potter’s chemistry is abundant within the production even though they first met the day they recorded the single. ‘Strawberry Wine’ singer Deana Carter had a hand in the songwriting process.

Considered to be one of Dylan’s best vocal performances ever, this haunting tune sounds like it’s straight out of a Kentucky holler. With flowing acoustic guitar notes and long, drawn-out vocal lines, Dylan tells the story of a moonshiner who’s run out of money and lives for moments of fleeting joy and peace.

If you want to lay back and take it easy while you sip on something smooth and strong, listen to rap/R&B classic, ‘Gin and Juice.’ Recognized as a Snoop Dogg fan favorite, a California-cool beat is combined with lyrics about living large and not stressing. This is a classic modern hit with music industry legend Dr. Dre producing the catchy track.

Featured in hit movies like Guardians of The Galaxy and The Sweetest Thing, though Rupert Holmes has written many tunes and even several broadway plays, he can’t escape the feel-good hit that shot him to fame in 1979. Before the song’s popularity took off, it was hard to find a bar that served Pina Coladas in America. After ‘Escape’ reached #1 on the charts though, restaurants across the country began serving the sweet beverage.

Related: See more songs in Guardians of the Galaxy.

English pop-reggae band UB40 recorded a cover version of this charming, summery tune in the early 80s. At the time they recorded it, they had no idea the original songwriter was popular ‘Sweet Caroline’ crooner Neil Diamond. The group had only ever heard the song with a reggae beat and were stunned to learn who penned it.

Country singer George Jones covered this Big Popper tune and scored his first hit with it. He recorded it only about a week after the plane crash that took the lives of Big Bopper, Buddy Holly, and Ritchie Valens. During the recording process, the band members’ hands began to bleed because they had to record almost 100 takes of this song due to Jones’ heavy drinking.

Included on Oasis’ 1994 album, Definitely Maybe, ‘Cigarettes and Alcohol’ opens with distorted electric guitar laying down a classic blues rhythm riff a la ZZ Top. A song about trying to find meaning in life but coming up short and returning to the comfort of vices, band member Noel Gallagher, who served as lead songwriter, wrote the tune. After leaving the band in the 2000s, he formed the rock group, The High Flying Birds.

Toby Keith is known for the quirky flair he brings to country music. His singles are often playful and cheeky while telling stories about failed relationships, the cowboy lifestyle, and bar scenes across the southeastern U.S. ‘Red Solo Cup’ is a minimally-produced song, featuring a lone acoustic guitar and Keith’s zany vocals over the paired-down instrumention. It glorifies the ultimate symbol of the party lifestyle, the red solo cup.

The Clovers recorded the original ‘One Mint Julep,’ but Ray Charles put a new twist on it when he covered it. It’s a cheeky song about having a little too much fun while drinking and having to take responsibility for your questionable choices. The featured drink on the track is made with bourbon, cracked ice, and sugar.

This 1950s single was originally recorded by singer and cabaret performer Eartha Kitt. Several artists including Nina Simone have covered it over the years. Songwriter Jeff Buckley included it on his debut album, Grace. He loved the song so much he was once quoted saying it was a tune he wished he wrote.

‘Tennesee Whiskey’ is a legendary country song. It has been around since 1981, when David Allen Coe first recorded it. George Jones found more success with the tune when he covered it in the mid-80s and placed at #2 on the country charts. But Chris Stapleton made it all his own when he recorded his own version of it for his award-winning album, Traveller.

Released as Bruno Mars’ second single, ‘Liquor Store Blues’ is a nod to the songwriter’s musical roots. Reggae music is popular in Hawaii, where Mars grew up. Because the song already had a strong reggae presence, he brought Bob Marley’s son Damien Marley on to be featured on the track.

A nostalgic walk down memory lane for any kid who grew up in the 90s, Semisonic’s ‘Closing Time’ got tons of airplay during its time on radio station rotations. With a crisp rock production and just enough of a pop element to make it super catchy, ‘Closing Time’ was the band’s only hit, ultimately giving them one-hit-wonder status.

This ZZ Top tune leans a little more on the rock side than the blues side they tend to favor. A southern rock party song with heavy guitar riffs and bandmates Billy Gibbons and Dusty Hill trading off vocal lines, they were inspired to write it after seeking solace in a rundown honkytonk at the Texas-New Mexcio border while traveling through an intense storm.

Re-worked as a follow-up to the original ‘Pass the Courvoisier,’ rapper Busta Rhymes called in a few famous friends for part two. Both P. Diddy and Pharrell Williams make appearances for the song, and several musical samples are used throughout as well. Just a few of the other artists sampled for this “monster jam” include Jimi Hendrix, Mystikal, and A Tribe Called Quest.

This uniquely structured song was a collaborative effort with eight other songwriters including Beyonce’s husband and manager Jay-Z. The song was included on Beyonce’s self-titled album in 2013. The album saw great success in part due to a marketing gimmick. Her team released the album with no notice. As radio stations began clamoring to try and get the songs ready for airplay, that got the media’s attention and the album sold well over 600,000 copies on iTunes just days after its debut.