19 Best Songs about America, Land of the Free 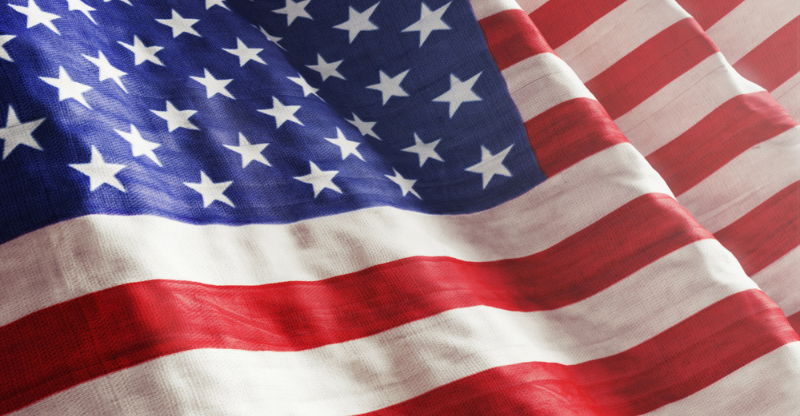 America’s history is full of lore, heroes, and legendary stories. The country has also served as inspiration to those abroad who come to the US with hope of a better life. Artists have long performed songs that are both in support and critical of the United States. These varied opinions are part of what makes the musical history of the country so diverse and dynamic. Here is an extensive list of songs about America.

‘Living in America’ was most notably featured in the hit film Rocky 4 starring Sylvester Stallone. Due to its inclusion in the movie, James Brown experienced a career revival as he was introduced to a new, younger audience. Included in his 1985 album, Gravity, many of Brown’s song like ‘Living In America’ would go on to be sampled by various hip hop artists.

Tom Petty wrote ‘American Girl’ about an urban legend from his hometown of Gainesville, Florida, a small southern town that is home to the University of Florida. Legend goes a college girl attending the university jumped to her death after experimenting with illicit substances at a dorm. Petty wove this story into the lyrics while they recorded the track on the 4th of July.

Related: See our top pick of songs with a girls name in the title.

Written during his journey from England to America, Paul Simon came up with the lyrics while feeling lost but unable to figure out why. One unique element of ‘America’ is its lack of a traditional rhyme scheme often found in mainstream music. The song flows like a story rather than rhyming lines.

Popular country songwriter Shane McAnally had a hand in writing this Kenny Chesney single celebrating the optimism that comes with growing up in America. All of the songwriters who participated in the writing project brought their own lyrics and verses to the table separately, ultimately combining them into one song. Chesney loved the rich imagery of the tune and decided to put it on his 2014 album, The Big Revival.

Related: Head on over to our playlist of sentimental songs about growing up.

Born In The U.S.A. – Bruce Springsteen

Though many people associate Springsteen’s catchy tune ‘Born In The U.S.A.’ with patriotism, he actually wrote it as a critical take on the way soldiers were treated when they came home from fighting in the Vietnam War. Springsteen became inspired to write the single after reading a screenplay a movie director and friend sent him. He still considers it one of the best songs he’s ever written.

Related: This track also appears on our playlist of songs about countries.

Originally a poem written by a college professor, the words were eventually combined with music to form the song ‘America The Beautiful.’ First released as a song at the turn of the 20th century, it helped popularize the term ‘America’ which wasn’t used much until then. Though many modern artists have covered the tune, Ray Charles’ version continues to be the most popular.

R.O.C.K. in The USA – John Mellencamp

John Mellencamp’s chart-topping album Scarecrow featured this ode to the ’60s rock he grew up listening to. The bands who influenced him weren’t afraid to take risks with their music and he wanted to honor them with ‘ROCK In The USA.’ While this tune tells the story of rock n roll’s early days in America, it doesn’t jive with the rest of the album’s more forlorn message about the state of society, so he almost didn’t include it in the track listing.

This song is even longer than Queen’s Bohemian Rhapsody. At over eight minutes long, ‘American Pie, Pt. 1’ suprisingly reached the number one spot on the charts. The single is an ode to musician Buddy Holly, who tragically passed away in a small plane crash in 1959. The plane was also transporting musicians Ritchie Valens and The Big Bopper. This event has come to be known as “the day the music died.”

Related: This one also features on our playlist of best songs ever.

Courtesy of the Red, White and Blue (The Angry American) – Toby Keith

This emotionally-driven hit is included on Toby Keith’s enduring 2002 album, Unleashed. He wrote the song not only as a response to the tragedy of 9/11 but also as a tribute to his father who passed away around the same time. The album and his subsequent USO tours served as tributes to his father who was passionately patriotic and a war veteran.

Featured on Green Day’s 2004 album by the same name, the punk rock band’s entire track listing stands as political commentary. Unhappy with the political climate of 2004, the ‘American Idiot’ track is an honest take on band leader Billy Joe Armstrong’s thoughts and feelings. The album went on to win many awards and was ultimately transformed into a musical.

Throughout Lee Greenwood’s career he always wanted to pen a song about his love for America. Finally, in the early 80s despite constant touring he somehow found the time to write ‘God Bless the USA.’ Soon after writing it, her performed it for the first time in the middle of a set while on tour and the crowd loved it. The tune stands as a uniting ode to all of the different states and cultures of the US.

Related: See our top pick of songs about unity.

Johnny Cash was deeply patriotic but also very honest, and ‘Ragged Old Flag’ tackles both of those qualities. Recorded as a conversation-style spoken word track, it features an old man’s thoughts on the American flag and all it’s been through while chatting with Johnny in a laidback public location. It was included in his 1974 album by the same name.

Songwriter and singer Neil Diamond wrote this song for a movie called The Jazz Singer, and gave his album that name as well. His own family’s past served as inspiration for the song which is a tribute to immigrants who come to America looking for a better life. The song has been used in presedential races and in skits starring Will Ferrell on Saturday Night Live.

Only in America – Brooks & Dunn

Brooks & Dunn brings their clean-cut 90s country sound to their single ‘Only in America’ which details the different stories of people pursuing their dreams across the country. The single debuted just a few months before 9/11 happened, and with lyrical references to New York City and its empowering optimistic message, the song became a popular symbol of healing in the months after the attacks.

This soaring Parton tune highlights her Tennessee roots while offering a deeply patriotic, unifying message. A song many turned to in the years after 9/11, people were comforted by Dolly’s intimate, inviting vocals and lyrics focusing on peace and beauty. ‘Color Me America’ appears on Dolly’s 2003 album For God and Country which focuses on songs about her faith and the USA.

John Denver takes a deeply philosophical approach to his songwriting, and always found ample inspiration in nature. He wrote this hit tune with two songwriting friends Bill and Taffy Danoff. Originally, the Danoffs intended to pitch it to Johnny Cash who was known for his patriotic releases. They didn’t think Denver would have any interest in recording it. Much to their surprise, Denver recognized the song’s hit potential and decided to record it with their help.

Related: This track also appears on our playlist of best country songs.

Singer Kim Wilde wrote this celebratory tune alongside her songwriting father and brother. ‘Kids In America’ honors the country’s youth, even though the Wilde family hails from England. Though the song charted well she went on to have a mega-hit with her moody pop tune ‘You Keep Me Hangin’ On.’

Toby Keith has released several popular patriotic tunes over his career, and his hit ballad ‘American Soldier’ is included in his 2003 album, Shock’n Y’all. Keith took a minimalist approach with production for the song and let the lyrics and his heavy vibrato do all the talking. Through the words, he offers an honest, raw point of view from a soldier headed off to war.

Back in the USA – Chuck Berry

This rockin,’ feel-good tune finds Chuck Berry ecstatic to be returning home to America after spending time in Australia recording and performing. The song’s rhythm has been compared to the rhythm of his hit ‘Roll Over, Beethoven.’ Paul McCartney used this song as inspiration for his own songwriting, and Linda Ronstadt covered the tune in ’78.